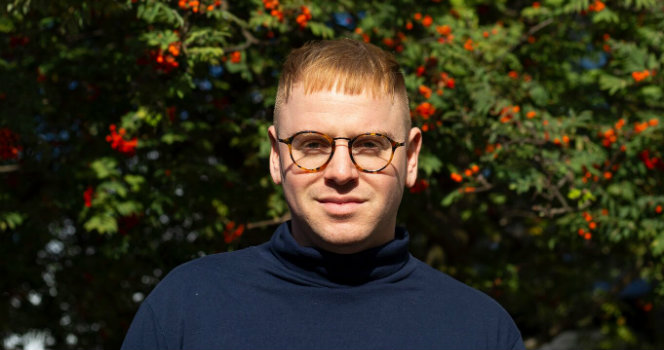 A chat about music … with Kiwi

Being versatile and work hard pays off. Meet Kiwi.

Alex “Kiwi” Warren’s passion for music has been a fire that has long burned within. From humble beginnings as an in-house photographer for the world-famous DURRR club-night, started by Erol Alkan’s much-celebrated Trash team, to the runaway success of his own club nights, it’s his prolific productions and genre-blending extended DJ sets that are now catapulting him into the spotlight.

Warren’s success as a one-man promotions company, cultivating his ever-popular club-night, Orlando Boom and its disco-focussed sister night, Kate Boss, caught the attention of The Columbo Group who swiftly appointed him as their booking and promotions manager for The Nest.

Kiwi soon realised that he had more to offer than just his promoter skills and he began to channel his energy into playing and creating music. He’s produced an abundance of remixes for high-profile artists such as Who Made Who, Locassolus, Paramida, Is Tropical, The Klaxons and more. This incredible output has earned him a wealth of support from some of the scenes biggest names including Andrew Weatherall, DJ Harvey, Gerd Janson, Daniel Avery, Erol Alkan, Optimo, Rob da Bank, Annie Mac and Skream. 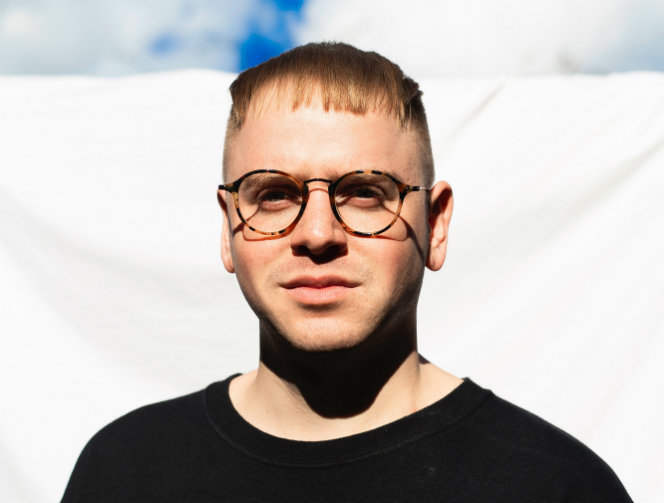 Hi, for any of our readers that aren’t familiar with you that much, can you please tell us a bit more about who is Kiwi?
That’s a big question; I guess I’m just a boy with a dream, doing everything he can to make that dream my reality.

What about your childhood and becoming older was unique and most contributed to the artist you’ve become?
I went to boarding school from the age of 12, which I loved. I developed my independence at an early age and I think that contributed heavily to who I am now, and why I’m doing what I’m doing.

What kind of music did you listen to growing up, and does it have any influence on your current sound?
Loads! And it all still fully influences what I do now. My taste hasn’t actually changed that much, although I did go through a bunch of phases as a teenager. It was all gelled together beautifully by addiction to John Peel’s radio show. He introduced me to so much music from so many different worlds. If I had never been introduced to John’s show I’m not sure I’d be doing what I do now.

Tell us the story of how you were introduced to electronic music.
Ha, I answered two questions with one!

Was there a specific moment you realized that you wanted to be on the other side of the dance party, as the DJ? A specific moment I realized I wanted to DJ?
I think I was drawn to it from really early but I couldn’t put my finger on a moment.

Besides being a DJ you are also producing your own work. Why do you think music chose you?
It didn’t, I chose music. I could be doing something else. I could be making art (my degree), I could be booking clubs, but I decided to focus on my music.

If you weren’t making music what would you be doing with your life?
I’ve thought more recently about doing something with food. I love cooking.

A strong set can truly be more than the sum of its parts. How, do you feel, is the music transformed in the hands of a DJ? In which way are you actively trying to create an experience that is more than just stringing together a few excellent records?
To be honest that’s all a great set is to me. A series of great records that sound great together and take the listener on some sort of transcendental listening experience. I don’t think there anything wrong with adding some drama to a set, but far too many DJs, in my opinion, try too hard to add effects and show off skill. For me it’s the least important thing, focus on playing great records that fit the room.

Do you prefer a shorter set, like mostly 2 hours, or long sets in which you can have your way to tell a story? And why so?
I much prefer longer sets. It gives me the scope to explore more of the music that I’m interested in sharing.

What is your source for finding great tracks for your set?
I go to record shops, every city I visit I try to find a local record shop. I spend time regularly in Phonica, there’s no better way to find music than face to face in a shop.

What’s your perspective on the relationship and the balance between technological advances, music and the art of DJing? How have particular technologies changed your style of DJing?
Well, the obvious one is that of the USB stick. I personally love that I can fit my entire record collection on a stick that weighs less than a penny. But I still take records out with me, just because I do tend to mix vinyl slightly differently and I like to have that freedom sometimes. Where I think it’s gone horribly wrong, is with laptops, there is absolutely no reason to have a laptop in the DJ booth, they distract from what’s important (the room) and they go wrong all the bloody time!

Where I think it’s gone horribly wrong, is with laptops, there is absolutely no reason to have a laptop in the DJ booth, they distract from what’s important (the room) and they go wrong all the bloody time!

Besides being a DJ/Producer, do you run any side projects or hobbies?
I do, one of them I can’t talk about but its called “Spank” (watch this space), I have a club night that I run called Orlando Boom which reaches its 10th anniversary this year.

What have you got planned for yourself this year that you can tell us about?
I’m launching my own record label which is very exciting. Full details on that soon! I also have a record coming out on Cin Cin, another Futureboogie EP and a nice little 12″ on Needwant.

If you could talk to your younger self of 10 years ago, what would you tell him?
Trust your gut, don’t drink too much, really a little bit.

Any guilty pleasures we should know about?
Many! But they all come with a health warning, so I’ll keep them private for now 😉