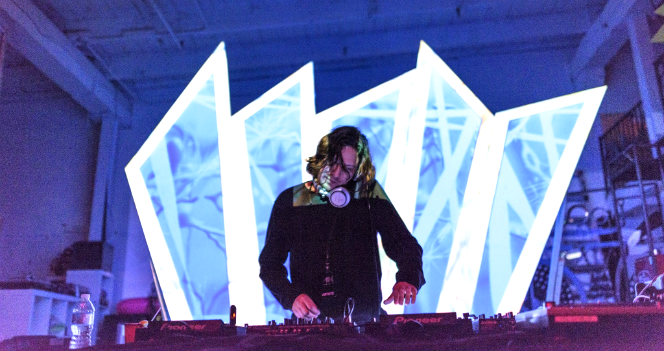 A word with Bryan Wolf Ear

Indigenous, a member of Siksika Nation, DJ/producer, Bryan Wolf Ear, represents one of Montreal’s elite musical underground talents. A lifelong passion for music and dedication building his label, Strange Town Recordings, has earned him a residency at the world-renowned Salon Daome. In recent years Bryan’s capabilities and expertise have unquestionably begun to be recognized by big names within the industry, opening up for artists, Booka Shade, Miss Melera, Pole Folder and Isolée.

Here at Tanzgemeinschaft, we love to work with this great artist and already had a few tracks from the label as a premiere.

In April he’s coming to Europe for a small tour and will be playing at our event in Antwerp, Belgium. 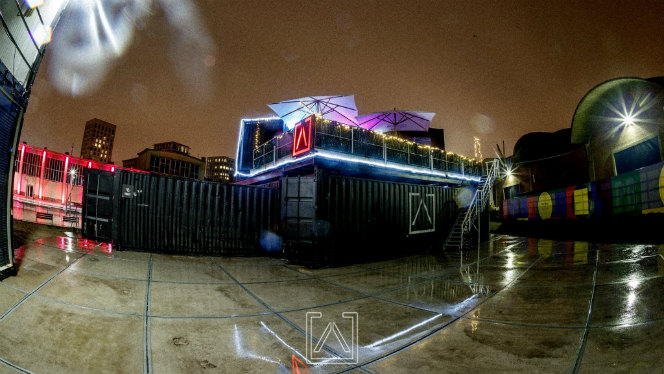 Ahead of the event we invited Bryan for an interview and talk about his endeavours. On top, he prepared a sublime mix. Pure awesomeness.

Hey Bryan, wow are things these days?
I’m feeling fantastic! 2019 to date has been tremendous! I’m really looking forward to some more adventures especially with the onset of some warmer weather!

For any of our readers that aren’t familiar with you as much, can you tell us a bit about who Bryan Wolf Ear is?
I’m of Aboriginal descent, member of the Blackfoot tribe, Siksika Nation; born and raised in Montreal Quebec.

Strange Town Recordings is my label that I manage. Currently, I’ve got my radio show Strange Town Frequencies, which airs once a month on Proton Radio and Rhythm Is Rhythm. I’m also enjoying residencies at a few places in Montreal; Le Salon Daome and once a month at Circus Afterhours. I just got back from playing in Quebec City. Overall, I am just having a lot of fun with music and the advantages I’m making in my career.

Tell us about how you ended up playing underground dance music. Did you see this all coming?
I started DJing in the 2000s after catching the tail end of the Montreal rave scene and experiencing the best underground music at the legendary SONA and Aria After-hours. Soon after, I started working at Aria as a promoter, mastering the art of the old school street-style, hand to hand promo, which was also an opportunity back then to watch the best DJ’s in the world perform each weekend.

How is it going with your label Strange Town Recordings?
It’s been progressing and, on the rise, which is really exciting for me to see my baby grow! Over the last couple of years, in particular, things have really started to pick up with of course a lot of dedication, passion and hard work. The enjoyment and energy I get from fans keeps my passion alive and to be honest, I’m just really excited to see how far I can go and keep pushing myself in the process.

The enjoyment and energy I get from fans keeps my passion alive and to be honest, I’m just really excited to see how far I can go and keep pushing myself in the process.

What was the spark that set fire and made you start your record label?
Well, that’s a funny story… It started out first by helping out a friend with his label doing a little A&R as well as just being a supporter. It wasn’t long after that, I developed a vision of my own and I was on a mission to bring to fruition. I found myself chatting it up with one of Canada’s most exciting electric music producers Jesse Somfay. I believe is was my utter excitement that got him interested in working with me on the project, soon after we signed an original piece under the moniker Florish and the rest is history!

We already had quite some very nice premieres. How do you do your A&R? How do you select future artists or work for the label?
It is never set in stone, but I usually reach out to artists I admire or in the case of the first release this year a young talent out of Spain, Adrian Roman who had sent over a demo, which I signed immediately. This was a rare case because, over the nine years running my label, I’ve signed less than a hand full of email demos.

What’s your aim with the record label and what direction are you currently heading for?
My goal is to be the best I can be and put out quality music. I know music shouldn’t be a competition, but at the end of the day, I do want to stand out among the endless sea of digital labels. So, expect me to be reaching for the stars with each of my projects.

Mario Bianco releases YUZ on Do Not Sit on the Furniture

Do you focus on one specific sound or are you open to explore multiple genres? Is there a music policy on the label?
No, there isn’t a policy and it’s common you will find multiple genres within each release. I like different styles of music, plus I thinks it’s really nice to give options to our fans. We mostly release Progressive House, Melodic House & Techno, but in the past, you can find Techno, Breaks and even a Dubstep remix in our catalogue.

How do you set your own limits? Do you put pressure on yourself to come up with new work or mixes?
I definitely like to stay active and always have multiple projects on the go. Whether, I’m DJing or putting releases together, or organizing an event, my life is filled with music. I wouldn’t say I put pressure on myself, things just seem to flow naturally when it’s your passion. In general, I’d like to think I’m an easy-going kind of guy and a positive person. I trust the process and let things flow.

In general, I’d like to think I’m an easy- going kind of guy and a positive person. I trust the process and let things flow.

When did you decide you wanted to be a DJ?
2004 was the year I realized my dreams of being a rock star weren’t going as planned: I hung up my guitar and bought two used belt drive turntables and an old Realistic Mixer.

Where you are based, what places could you recommend for a night out starting with dinner, followed by a drink at a bar, and then some dancing at a nightclub?
I’m based in Montreal; Canada, where there’s a lot of awesome, bring your own wine restaurants, which are pretty awesome! I’m a huge fan of Asian cuisine. La Belle Thailandaise is one of my favourite restaurants in the city. If you feel like going out dancing, then I recommend heading to Le Salon Daome; hands down the best clubs in the city.

You will be in Europe for a small tour pretty soon! We will announce you’ll be playing at our event. What can we expect?
Yes, this is true! I am kicking off Spring with you in Antwerp in the cozy Flat A as part of a European Mini Tour. On April 19th I’ll be at Flat A; I’m pumped to see some smiles all round. I certainly won’t be holding anything back behind the decks. A string of dates to follow include the 20th in Germany for the Bergwacht presents Parquet Recordings Label night and two shows Le Happy Face and Musink in France 26/27 ending with one blast for Kings Day in Amsterdam on the 27th. It has been a dream of mine to play in Europe. I can’t wait to see what’s in store!

Stay up with Bryan Wolf Ear touring on his Facebook page.