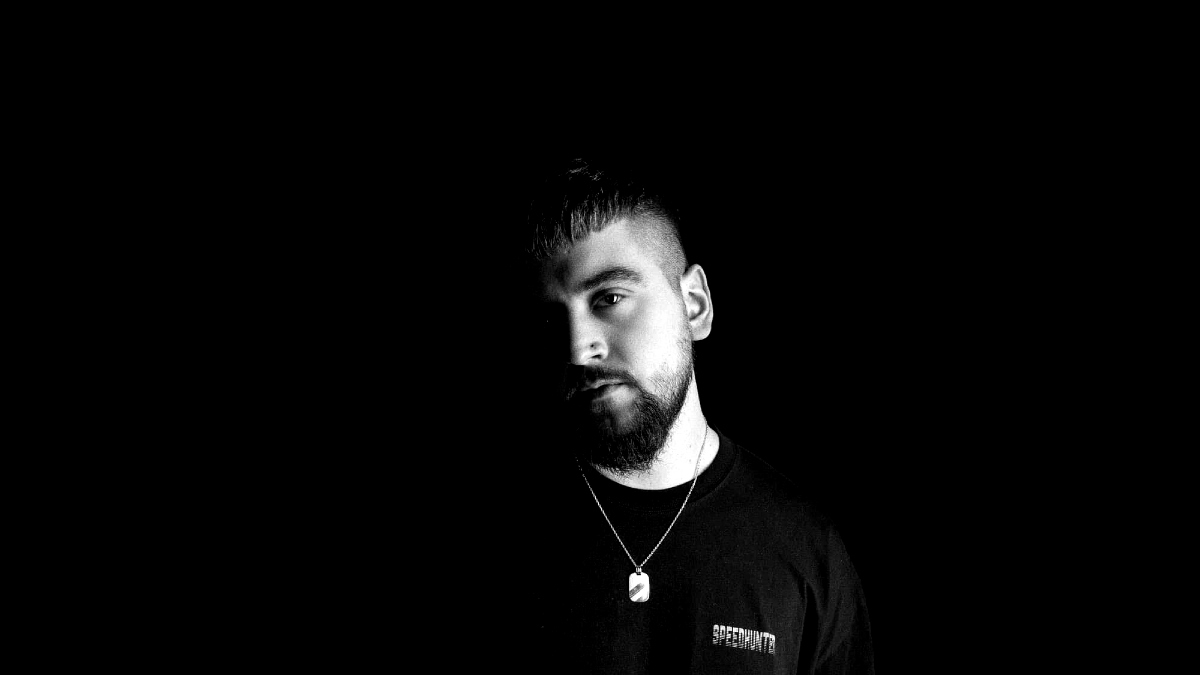 Ausilio Jó has built a strong following for his complex yet groovy productions that intertwine his deep musical knowledge with an innate sense of what electronic music can be. The producer and live performer who has previously released tracks on Ritter Butzke Records and Sonderling Berlin now drops a one-track release on Poker Flat that exemplifies this meticulous approach.

At the beginning of your career you cited artists like Robert Babicz and Stimming as key influences… what was it about those artists in particular that you loved?

Hi, thanks for having me! Robert Babicz and Stimming have one thing in common: their unmistakable sound, even though they are so different. To my ears, Robert is more the producer with progressive drums, esoteric soundscapes and profound emotions, while Stimming is incredibly groovy and bouncy on the move – highly complex rhythms and melodies and very innovative in the overall arrangement. In general, I was overwhelmed by the sound quality of both producers. That inspires me again and again still to this day.

Have your influences changed over the years? And do you still get as passionate about discovering new music now you’re involved in the industry?

Yes of course. The list would be too long to list them all. But I am very open to all genres and let myself be inspired in every form.

You’ve previously said you think your music can be polarizing… why do you think this is?

I would say it’s a blessing and a curse at the same time. I noticed that the most when my Kenge Labe EP came out on Sonderling Berlin the feedback from the tracks was incredibly polarizing. Some loved it, others couldn’t do anything with it, even on the dance floor. I did noticed that quickly.

The mix of electronic club music and Albanian folk music give my productions a somewhat mystical and unfamiliar atmosphere.

I think that’s mainly due to the mix of electronic club music and Albanian folk music. This gives my productions a somewhat mystical and unfamiliar atmosphere.

The new single Alem is quite progressive, but with a very relaxed tempo and dream-like atmosphere. Was there any specific inspiration behind this one?

Alem is a very interesting track for me too. It actually took some time to finish the track. My concept was to keep the idea and the arrangement as non-functional as possible. I was convinced of the sound design and wanted to keep the vibe casual and profound. The instruments and the folk music combine very well so I put on a simple arrangement which gives the track its complete originality.

Tell us about your relationship with Poker Flat… were they a label you were a fan of before you released with them?

I am a huge fan of Poker Flat Recordings, so I’m incredibly happy to be able to release there. The label clearly stands for quality and innovative house with a certain character. I especially like the hypnotic tracks of Poker Flat.

Do you have specific labels in mind for your records when you produce them?

No, definitely not. I think that hinders the intrinsic creative process. And in my opinion that is important to be able to survive within the industry. An artist shouldn’t be afraid of their own music.

I think the idea of producing for a specific label undermines the reason that you should create.

Do you think every artist should have an outlet for their own music that they should be completely in control of?

Difficult question. I think every artist has to answer that for himself. It is important that you are at peace with yourself and what you do.

What else do you, Ausilio Jó, have coming up that we should know about?

My first bookings have finally started coming in and I can’t wait to play with my live setup again. Lately I’ve had the opportunity to meet interesting artists. Unfortunately I can’t reveal more yet, but you can expect great music. I’m also very interested in concert formats. I’m working on that at the moment.

Finally, which one record do you wish you had written or produced from over the last decade and why?

It’s a Poker Flat tune! youANDme, Tim Toh, Lisa Toh – Voyager. What a masterpiece of tune. Due to the long intro, it could be the perfect warmup track but for me. This is groovy goodness and could also be a peak time banger. French whisperers appear, organ sounds, strings… somehow it sounds traditional but still so new. This track was extremely inspiring and made me especially aware of Poker Flat.