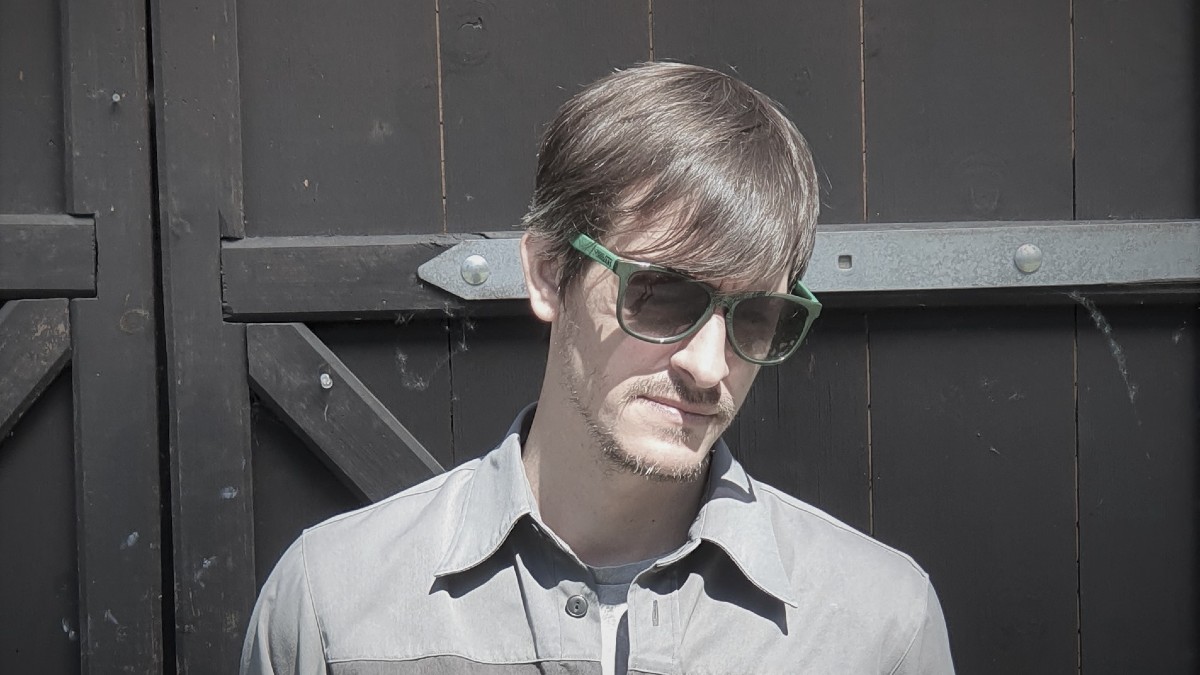 Pedro Sanmartín aka Basic Shape is a DJ/producer from Barcelona based in Trondheim since 2012. This multidisciplinary artist started his career in the world of plastic arts specializing himself in illustration and design while aside as a hobby and in a self-taught way learning how to produce music & the art of mixing vinyl.

After some years collaborating with diverse collectives and labels within the underground scene from his hometown, he moved to Germany back in 2005 where he started his career as a professional DJ. Pedro managed to secure some places as a DJ at Tanzhaus West, Divan, Club 4 and more. While living there he travelled back and forth to his hometown to play at Razzmatazz, LaMacarena, Becool among others.

From 2010 he started releasing his productions on different music labels on an international level: Microdigital Records (PT), Munit Music (ES), Crossfade Sounds and Sound Avenue (BE) or Sonidos Distintos (ES), and more.

With this latter, he released his Amazonas EP in April 2018 and the Remixes EP after. Unexpectedly, the releases got tremendously positive feedback from heavyweight names in the industry, knowing the label only releases via Bandcamp. being the label distributed only by Bandcamp. Reactions from artists like Laurent Garnier, Sam Divine, Micro Violi or Pablo Bolivar were very positive. Pablo Bolivar released Pedro’s work on his own imprint, Seven Villas.

Since then the number of releases has keep growing, another work for Seven villas in 2020, with a stellar remix from Tigerskin, EP’s, Remixes or even mixed Compilations for labels as Tronic, Be Adult, Univack, Dynamica, Seven Villas, Tanzgemienschaft, Symmetric, Everything Will Be Ok or radio stations like Ibiza Sonica, Ibiza Global Radio.

His music has been supported or played by big names on different styles like Pablo Bolivar, Christian Smith, Karotte, Phonique, Death On The Balcony, Darin Epsilon, Makossa, reaching also several times top100 charts on different genres at Beatport on the last 2 years.

His track “Inner Growth” will be part of Tanzgemeinschaft second compilation “Hier Kommt Die Parade”. Pre-order/pre-save available via this link. Stay tuned and enjoy the preview of his track in his guest mix below.

Ola Pedro. Hope all is well. Tell us, where are you currently residing?

I am Currently residing in Trondheim Norway.

What are a few things our readers should experience in your city?

A lot of beauty in the nature around the city, the history of it and the architecture that still present to this day, it was the old capital of Norway and it had the biggest cathedral in Scandinavia, or the neighbourhood I live in Svartlamon (It’s like the Kristiania from Norway), ecologically autogestionated. It was occupied in the mid-’90s and has become an established market sector for creative people, migrants and people that want to have an alternative life outside the spiral of consumerism.

Tell us about your early passions and influences that got you started with electronic music?

My first influences come from comics and Sci-Fi movies. I studied a Bachelor in Art (Illustration and editorial design) but the music was always there with me while drawing and painting. So, I started producing on my sister’s PC at home as I had no money for decks and a better DAW. In 1999 Fruity Loops 3 came around, shortly followed by Reason.

Not long after I started to DJ as a good friend of mine had a pair of Numark CD players. Funny enough with no pitch and a mixer without mid freq. :). But it helped me to practise until I got my own setup.

What kind of music did you listen to growing up and might have impacted your current sound and style?

I grew up listening to my sister’s music that, among other stuff, was filled up with ’80s electro-pop. Hardcore punk, metal grunge could also be found on my playlists. All of this music clearly has an influence on me as a person, not directly on the music I produce or play today. Currently, I really like artists like Jeff Mills, Architectural, Hiver, Anthony Rother, Laurent Garnier or music from the labels Nebulae and Sin Hilo from Spain.

How then would you describe your style and the key elements that define it?

As I have 2 projects, I will refer to the one as Basic Shape. There is like my Martian part, where I let myself experiment. I intend to sound futuristic, dystopic and dark like the unknown. An undefined basic shape that comes to communicate with humans. It can be atmospherically or going all industrial and dirty.

How did you evolve as an artist regarding your music style?

Well, at the beginning I was really trying to sound like certain artists out there. When I started, I was really in love with Rex The Dog and I tried to focus on sounding like him. After so many years and so many trends, I stopped worrying about how I should sound like. I started to focus on my own creative process and get the best out of it. The rest is hard work, sleepless nights, and never giving up on my dreams.

I guess copying is a good way of learning and at some point you feel comfortable enough to start being creative in your own way.

What releases have you planned for this year that you can tell us about? Like when and on which label?

Apart from the ones I have so far, I have 2 EP’s with no confirmed dates as of yet. A release via Univack, which is a special EP for me as it is my first collab with a vocalist/songwriter. Then another that will be my official debut at Everything Will Be OK where I have just released a track on their Spring V/A. And then I have my track out soon on your various artists compilation, coming out on June 25.

To be short, I hate social media. It is stressful and full of unnecessary information. But I will be lying if I say I don’t use it a lot as it is an important communication tool nowadays. Overall, I like the internet  as it has allowed me to virtually meet and work with amazing people from all around the world. Including artists that  I have followed and admire for many years.

What is one thing that would make your musical career more successful?

Right now a booking/management that could be interested in adding me on their roster, that includes both of my projects. (Get in touch via the links above in the article)

Any record? mmm I will tell you 2, The Knight of the Jaguar from Mystic aztec and choice but most precisely the track Acid Eiffel from Laurent Garnier.