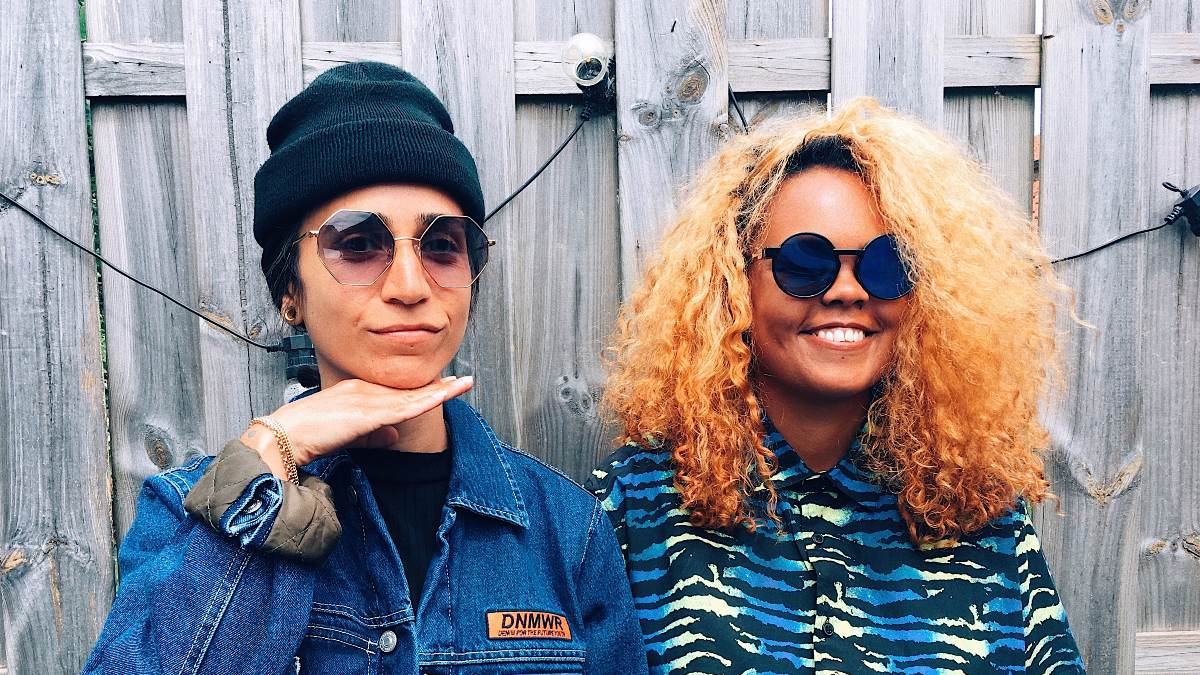 Black Girl / White Girl (Karin and Ty) are among the highest-rated upcoming acts in the global techno and house scene, known for their jackin’ tracks and explosive DJ sets full of unexpected twists and turns into acid, disco, and electro.

A great thing coming from The Netherlands. Specially when they create energetic, jackin’, somewhere between techno and house with influences from electro, acid, and rave music. Should we ask for more?

Hey ladies, hope all is well? Maybe tell us who Black Girl / White Girl is?

Hi! We’re Karin and Ty, aka Black Girl / White Girl. We are out here in the Netherlands, making music, and just waiting to be able to gig again. 😉

KARIN: Music always been a positive constant in my life for as far back as I can remember. Through several chapters in my life, starting with growing up as the youngest child in a Portuguese-Moroccan and Iraqi household in Tel Aviv, I explored different styles of music through my brother and two sisters. I got introduced to Michael Jackson, Mariah Carey, George Michael, and some hip hop. Growing up with MTV & VH1, I had mad love for pop groups like the Backstreet Boys & Spice Girls.

TY: ​My first memory of music is growing up on the Caribbean island of Curacao, quietly going into mom’s closet to snatch her Bob Marley and the Wailers and Michael Jackson CDs so I could play them loudly on our living room HiFi system. MTV was my main source of music, and on the radio, I mostly heard Latin-American music.

What or who were your early passions and influences?

KARIN: The infamous FFF parties, then known as the biggest gay party in Tel Aviv, were my stomping grounds, and I just remember myself standing in the DJ booth next to huge DJs like Honey Dijon, Little Louie Vega, Layo & Bushwacka, Radio Slave, m.A.N.D.Y, Shinedoe, envisioning myself standing in their place. I could feel the low frequencies pump through my chest. The tension and release that happens in a song, how it always gets to me, it’s beyond magical.

TY: At 18 I moved to Amsterdam to major in Art History, and you guessed it, immediately started going to illegal raves. I also started going to alternative queer parties where they mostly played rock, some pop, and sometimes trance, techno, and hard house, which was cool as a whole new world opened for me. Around the same time, I got introduced to Joost van Bellen’s RAUW parties, and I also got more and more into (French) electro and techno. I went to Trouw, and festivals like 5 Days Off and Lowlands to see Justice and rest of the Ed Banger crew, Tiga, Erol Alkan, Simian Mobile Disco, Bloody Beetroots, Ellen Allien, Miss Kittin, MSTRKRFT, Chromeo, Larry Tee, Pantha Du Prince, and A-Trak.

Energetic, jackin’, somewhere between techno and house with influences from electro, acid, and rave.

Tell us a bit about your upcoming release. How did this one come together, how was it made?

The Physique EP is the follow up to our ELEV8 EP and picks up where that one left off, going even deeper into techno realms. Bouncing ideas off of each other has always been something we love to do, and that’s exactly how this record came to be. We enjoy experimenting with the creation of melodies and come up with new, creative ways of production, and it has been a massive catalyst for our output. During one of our crate-digging sessions, we found AEROBIK and fell in love with the music they put out, so we decided to send Nenad a couple of tracks just to see if he liked ‘em. Well he did, and now the tracks are getting support from Ben Sims, Dave Clarke, Bloody Mary, The Advent, and more, so that’s a pretty great result for the project.

In general, what’s your creative process when writing music? Do you have an idea in mind or do you somehow experiment and see what’s coming?

Usually we don’t have a fixed idea, just a vibe we’re going for. And we try to keep that in the back of our minds when we are creating. But we don’t let it limit us if we feel like going in a different direction, as long as the result sounds great. Experimenting definitely is key to our sound, as we love to keep things fresh, unpredictable, and unique.

Experimenting definitely is key to our sound, as we love to keep things fresh, unpredictable, and unique.

Have you ever hit roadblocks with making music? If so, what have you found to be the best ways to overcome this?

Yeah, many times. It’s something that most artists experience and you need to find your own way through it. For us, it’s about taking some time away from the project, or from producing in general. As you can get a lot of clarity on things when taking distance. If a project doesn’t come together within 3 or 4 days, we just move on from it and start something new. It’s been the best way to overcome that creative roadblock, and, you can even use elements of those abandoned projects too, which we often do. That way you can still get something out of ‘em, and that process can actually lead to really amazing results.

What is one thing that would make your musical career more successful? Where do you see yourself in 5 years?

Well, probably gigs, as more people would get to hear what we’re about. Musically, we feel we’re in a very good flow at the moment and we’re pretty sure it will lead to great things in the near future. In 5 years we’re hopefully in a place where we can all safely travel, rave together, and of course we’ll have our own label, fashion house, parties, vodka, and Yorkies running everything.

Could you take us through a day in your life, from a possible morning routine through to your work? Do you have a fixed schedule?

Not super fixed, but we wake up around 6AM, medidate, drink coffees, walk our Yorkie pet Louie, then go to the gym for 1,5 hour. By the time we finish it’s around lunch time, so we have lunch and head straight to the studio until 6PM. We try to get to office stuff early in the morning or in between studio sessions, so we have our evenings off and can chill with series like PEN15, Lovecraft Country, Rupaul’s Drag Race, etc.

How do music and other aspects of your life feed back into each other – do you separate them or instead try to make them blend seamlessly?

It depends, some aspects do feed into our work, but in general we do our best to keep these things separate. We’ve learned that it’s healthier to separate “work” from “home” and vice versa, just to be able to see things clearly. It also makes everything easier to manage, and at the end of the day, to create the mental space we need to wind down and feel grounded, which is so needed and important when the majortity of your day is about being creative! 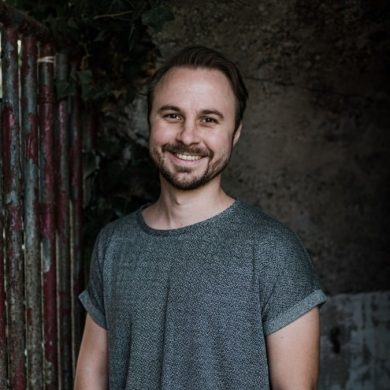