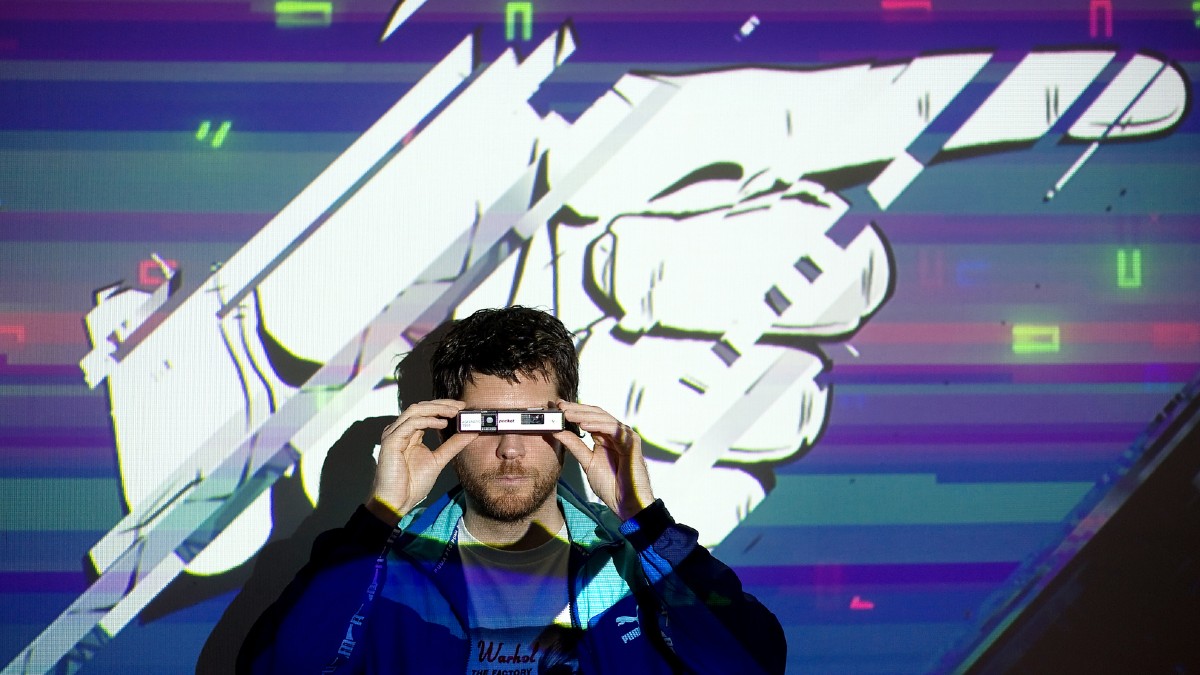 No doubt, this guy is full of energy! Inspiring and driving in a very unique kind of way: The sound spectrum of Computerbandit could be described as bright as colourful. Without ceasing, he experiments with passion on his old but gold and new treasures of his synthesizer selection.

Deep basses, catchy melodies, vocoders and vocal phrases blend with the groove of banging drum computer beats. A well-dosed fusion of analogue and digital worlds that creates something completely unique for body and mind.

Not only but especially his latest release “You Are Digital” received an enormous amount of feedback worldwide – the accompanying short clip of a running tape player reached thousands of new fans. We talked to Computerbandit, who can still be seen as a special insider tip for synthwave lovers.

Hi computer bandit, how are things – hopefully, all is well with you?

Hi, thanks for asking, I’m doing well and spending a lot of time in the studio again. I’m usually always fine there.

For fans who don’t know much about you, could you tell us a little bit about your musical background? How did you get into the music universe?

I was very passionate about music since I was a little kid. After some dabbling with piano and guitar lessons at a young age, I became more and more interested in music production and electronic sounds. I followed this call – until today.

My taste in music has always been very broad. Electronic music was always part of it, as my old tape of the Sven Väth Birthday Clubnight from 1998. In 2005 I bought my first computer with the goal to be able to express myself through music and my own productions. Without this goal, I would probably still be computerless today.

For most artists, originality is initially preceded by a phase of learning and often emulation. What was that like for you?

My ambition was always to implement my own ideas and my own sound. That was very difficult, especially in the early days, when you don’t yet have a hundred per cent command of the technique of production. The more you learn, the fewer compromises you have to make.

What is the connection/interplay between copying, learning and your own creativity?

Of course, there are always important role models whose sound you find fascinating and who influence your own style, but direct copying has never been the claim for me. You can copy techniques and tricks but you should not lose the focus of your own creativity.

How would you describe your own development as an artist and the transition in your own words?

The first years were spent learning, exploring and often creating experimental random products. I think my own touch was present in the tracks quite early but the more you master your tools and technique, the more you can realize your feelings, ideas and preferences in the music. Currently, the biggest development for me is putting perfectionism aside. Especially today, when so many productions sound -perfect-, a piece of individuality and charm in the music is also lost.

PALLADIAN – The Architecture of Production

You released a very nice EP called You Are Digital. You decided to release it on your own instead of working with a label. The release did very well on streaming platforms like Spotify and went viral on Instagram. Would you do it exactly the same way again?

Absolutely. I learned a lot about my own releases. Also in the area of marketing and marketing. It’s a process I wouldn’t want to miss. However, I wouldn’t rule out working with a label again in the future.

What else can you expect from Computerbandit this year?

Another single is planned for 2021 and I would be happy if it still works out with a small edition of vinyl by the end of the year. I like to listen to vinyl myself and the requests in my mailbox are increasing. 1-2 remixes are also still in discussion for this year.

You live in Germany. What’s the ultimate tip when visiting? Be it a bar, a landmark, a candy store, a club, a record store, a park …. Name it and tell us why you chose it.

Spontaneously would recommend a visit to Restaurant Malvasia in Mannheim. Very tasty food with a view of a small lake. With good food and nature you can switch off from everyday life.