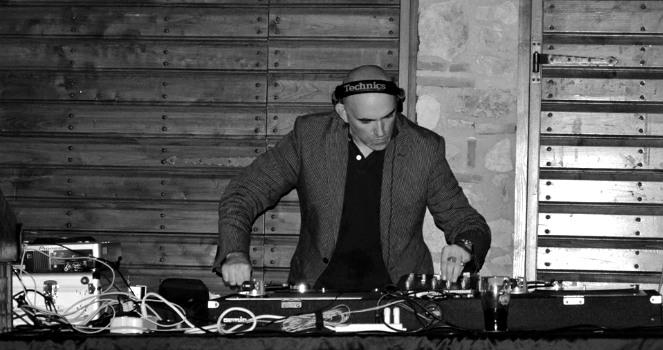 An anticipator of sounds and musical trends, Leo Young began his career in the ’80s in Rome. He was one of the organizers of the Impero Dei Sensi back in 1989, considered the first real rave ever to be organized in Italy. Later he moved to London and then to Berlin, reaching international success thanks to his residence at the legendary Club Tresor.

With a major discography that started in 1987 and an international reputation as a DJ, built due to his legendary 12-hour DJ sets and a reputation as an eccentric and reckless character, his contribution to dance music was significant, to say the least.

New Interplanetary Melodies’ latest EP coming from the Pronto Recordings archive, a label founded by the historic Italian-English DJ and producer Leo Young, active from the second half of the 1990s to the early 2000s, reaching international success thanks to his residence at the legendary Club Tresor.

New Interplanetary Melodies is about to release its fifth release. On it, they recover two unreleased tracks from the Pronto Recordings archive, a label founded by Leo Young.

Hey Leo, where are you from and what do you find inspirational about where you’re living?
I am 49, half British and half Italian or to be more precise Sicilian, and lived all over the world. During my twenties after leaving my hometown of Rome I lived in London where my mother is from, then in my thirties, I lived in Oslo, Norway, and helped shape the local music scene, and in my 40’s I went back to Italy where I started my new writing career. I currently reside in Palm Springs, California where you have one of the largest concentrations of mid-century modern architecture in the country often referred to as the capital of modernism that I find very inspirational. This town is also home to the legendary former estate of Frank Sinatra, located in the Movie Colony in Palm Springs, and is all together a very inspiring place for musicians and record producers with some unique local radio stations I love to listen to like KWXY or Mod FM playing 24 hours a day easy listening and original songs from Sinatra to Tony Bennett, Dean Martin, Ella Fitzgerald, Sarah Vaughan and more.

For fans who don’t know much about Leo Young, could you tell us a bit about your music background?
I started playing dance music in 1980 when I was only 10 years old and got my first radio show in 1983 through the unlikely medium of Catholic Church radio and started working, Djing clubs in 1986 and never stopped, even if I have slowed down these days and I am more known as a writer and as an investigative journalist.

Where does your passion for electronic music come from?
I love all kinds of music but the passion for electronic music is something that inspired me after I started listening to early electro-funk in tapes a friend of my father brought from the U.S. in the early ’80s. He also introduced me to the use of early electronic drum machines and of course the revolutionary Roland TR-808 that changed forever my perception of music. From that point onwards I tried to find and buy records and tapes that were pioneering that revolutionary sound that eventually evolved in the early stages of house music and techno.

What excites you the most as a DJ/producer
The possibility of experimenting and mixing sounds that can affect human feelings is what I have always perceived as a sort of alchemical process connected to an ancestral need we all have for rhythm and movement. These are definitely tools that can bring people and cultures together, while still celebrating individual uniqueness and diversity that I find essential to fight this forced globalization and the superficiality that prevails in modern culture.

How has your music been influenced by other artists, musicians, or life in general?
Three artists that influenced me more than others over my musical choices are Frank Sinatra, Herbie Hancock and of course Quincy Jones, all the rest is the result of my own personal studies and experience especially with the esoteric world that helped shape the magical side of my music. The study of the occult inspired also the title of most of my tracks. That’s why I kicked off my record productions career with tunes like “The Secret Doctrine.”

IN DARK WE TRUST: Ravintsara

What about your childhood was unique and most contributed to the adult/artist you’ve become?
In my childhood years, I was influenced a lot by my father’s Pink Floyd and Satana music tapes he used to listen in the car, then I discovered Philadelphia soul and soon after electro-funk in the early ’80s. These are genres that shaped not only my taste during my teenage years but forged the basis for all my DJ activity and my future productions.

How would you describe your sound and style?
I am a Cosmic Master and my sound can be described as eclectic and eccentric.

What can we expect from the mix you made us?
Quality and originality crafted by experience aside from a great DJ set that will make you dance from the beginning to the end because that’s what a club DJ needs to do. Above all things he needs to make you dance. 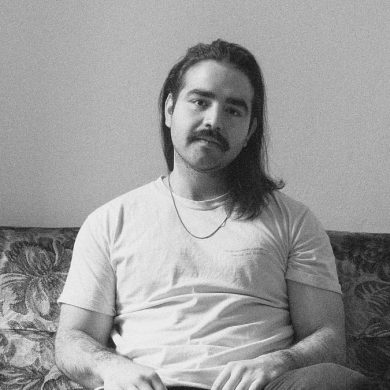