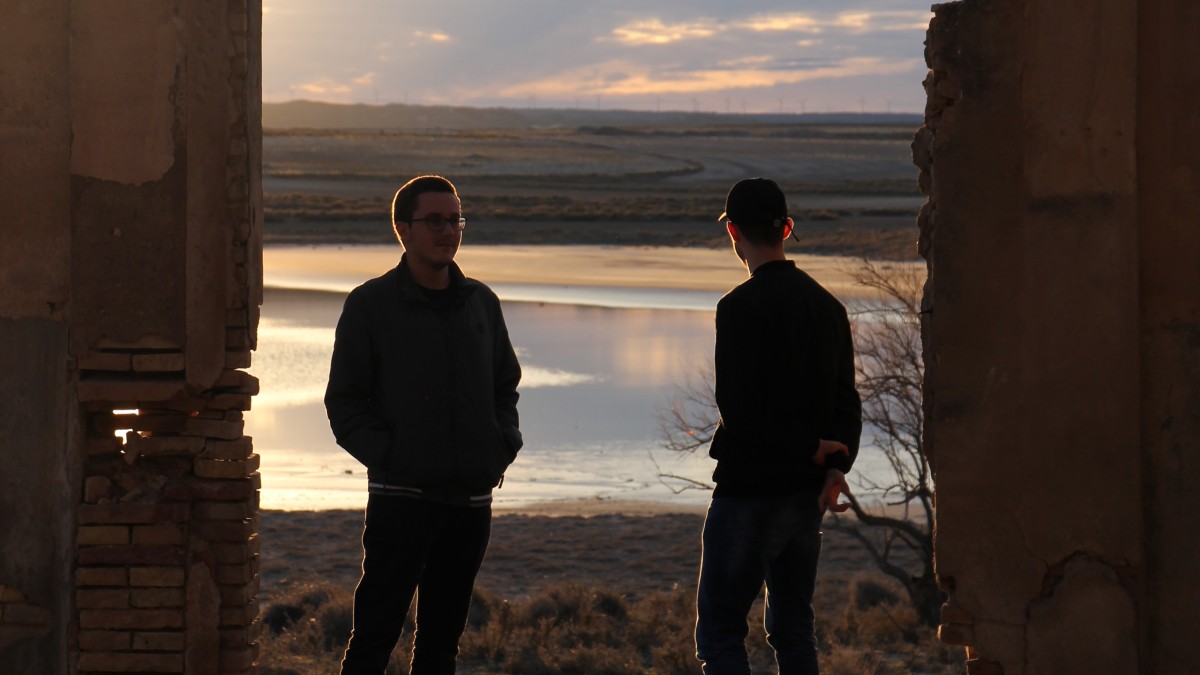 After a long time working together on their previous separated ventures, Dissonance started their journey together in October 2017 when their debut track “From Dust” sparked the curiosity of connoisseurs worldwide. The duo kept surprising many with carefully crafted atmospheres that absorb the listener into the vibe of the track, creating an emotional and energetic connection between listener and music.

Throughout the last four years, Dissonance has evolved its sound while keeping its essence intact. A journey that has not only been artistic but also personal. Though both members are originally from Zaragoza (Spain), destiny separated them in 2018 by displacing one of their members permanently to Bonn (Germany) and its second member temporarily to Munich (Germany). This exposition to a whole different scene, lifestyle and culture heavily influenced Dissonance’s style and continues to do so.

Their characteristic and ever-evolving style has served them to release in renowned labels such as legendary producer Dirty South’s Phazing and Sebjak’s Bibliothèque including official remixes to both of them and additional singles in the latter. This journey has also taken Dissonance on diverse labels such as The Dirty Playerz’ GHRZ, Anderblast’s Rambla and Jose De Mara’s Arcadia Music.

In 2020, Dissonance announced the creation of their own label ALT14, where they release their most personal and unique sounds with a carefully picked aesthetic.

Their track “Fortuna” will be part of Tanzgemeinschaft second compilation “Hier Kommt Die Parade”, coming out on June 25. Pre-order/pre-save available via this link.

First question. Where are you currently residing?

Hi everyone! First of all, thank you for inviting us. We’re Darío and Adrián, also known as Dissonance, and we’re currently living in Bonn (Germany) and Zaragoza (Spain) respectively.

For the people reading this who haven’t heard your music before, how would you describe your style and the key elements that define it?

We talk a lot about this because, if you listen to our releases, you’ll see that they can be very different from each other, so it’s hard to define. But we do think that we make music that conveys feelings, whether it be something emotional, energetic or otherwise. Besides that, carefully crafted melodies and powerful basslines are both always present in our tracks.

What kind of music did you listen to growing up, and does it have any influence on your current sound? If not, what or who are your inspirations?

We had a bit of a separate experience in this.  Darío grew up listening to the golden era of “radio friendly” house with artists like Axwell, Eric Prydz, David Guetta, deadmau5… Of course, it has influenced us a lot before and after Dissonance, so you may still be able to identify some elements that we incorporate from that era! On the other hand, Adrián first started listening to darker genres such as hardcore until the release of “One” by Swedish House Mafia introduced him fully into progressive house. Nowadays, we’re very influenced by Afterlife’s style, and especially by artists like Innellea, Coeus or Colyn.

We are not the type to sit down and write our thoughts into a DAW. We mostly work intermittently based on how inspired we’re feeling that week. So we mostly experiment with what we’re feeling and what inspired us in the moment. We also take inspiration from very different forms of art like novels, films, paintings and even architecture from where we try to represent concepts through music.

The internet is and has always been important for us; without it, there wouldn’t be Dissonance, to begin with! But we are also very tired of the social media dynamics for artists. Having to compete for visibility, fighting the algorithm just so your own followers can see your posts and find out you released a new single, it’s just exhausting. Moreover, the focus is shifting away from what’s really important: music. We don’t use social media as much as we probably should, so if you don’t want to miss anything, subscribe to our mailing list!