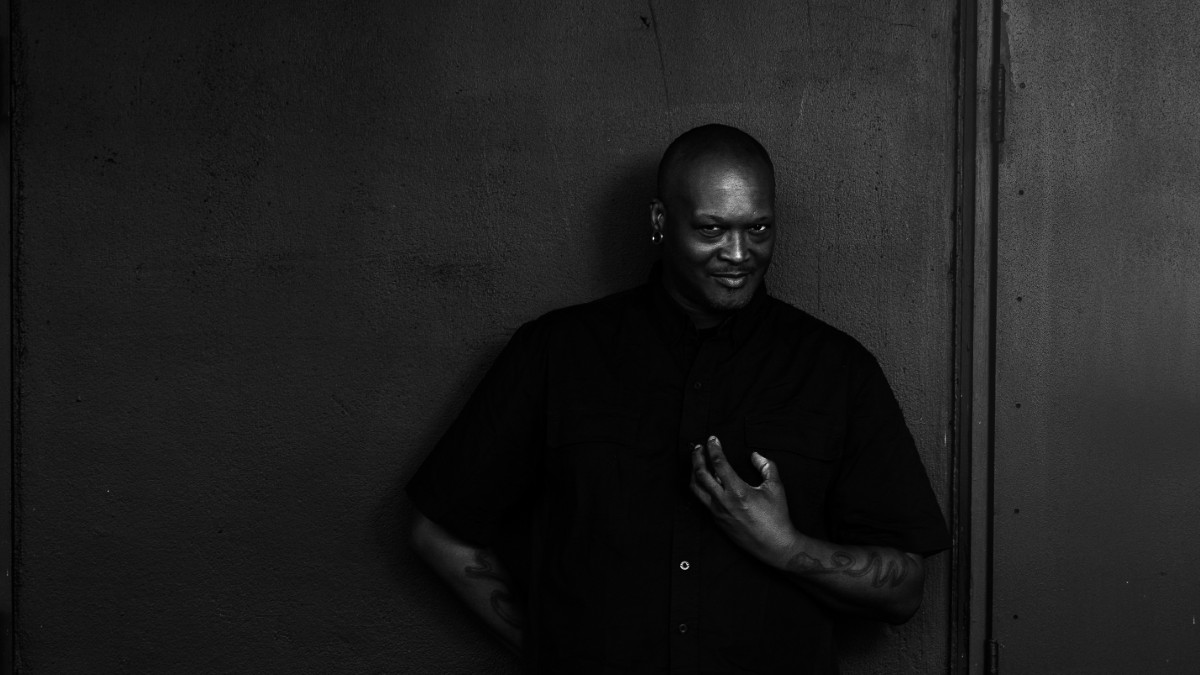 Living legend Dj Rush is an American DJ, producer and entertainer from Chicago. Known for his alias Major Rush, Russian Roulette and The Drum Major. Rush made his way into the Dj business and never limited himself. He quickly found his way to Berlin, Germany and his career kicked off into high gear.

Conquering so many clubs and events across Europe and gaining so much respect, Rush had a chance to host his own tents at Tomorrowland (Belgium), Dance Valley (Netherlands), Summer Spirit (Germany). Being such a killing machine, speaker beater, bass cranker, Rush likes to leave his fans and supporters minds and bodies tingling after each set, wanting more and more. And so he also delivers a solid techno track for “Rave The Planet” that gets under your skin and thrills you like hell. We had a chat with the mastermind.

Really nice to have you over here at Tanzgemeinschaft. Could you tell us a bit about your music background? How did you fall down the music rabbit hole?

Well, let’s see how you feel after the interview (smile). Thanks for having me. I come from the soul of it all. I grew up where music was a part of everyday life. Music and food brought the family together.

Listing to funk, soul, blues and disco music helped to shape me for my future in music. I got more into music and started playing disco and different varieties of genres until I finally landed my first gig playing house music. I became a household name in Chicago.

And what or who were your early passions and influences?

I truly how to say my family, because there wasn’t a day that went by that my mom, aunts or grandmother wasn’t playing music around the house. I saw how this made them so happy and I wanted to be a part of this.

I would sleep, dream wake up with music on my mind. Then the next stage as I got older was fashion, the look was everything it also defined the music culture and the music I was playing.

You’ve just released it on RIOT Rec/Rave The Planet Supporter Series. Please tell us about your new track and the creating process behind it.

When I was approached to be part of Rave The Planet, I didn’t hesitate, I jumped right on it. I always wanted to remake a classic track I made years ago, but with a more fun feel to it. What better way to do this is to grab the Microphone and let it all out, so I decided I wanted to hear the people clap their hands.

I like to believe I can bring sunshine to people life or fun to the dance floor with my voice and that was the overall point as well for this song and the support for Rave The Planet.

How did the collaboration with Rave The Planet come together at all?

Dr. Motte and I are no stranger, we go back way back, back into time ha ha ha OK not that far back Were still young adults. I knew him from the early days of the love parade and around Berlin when I use to live there. He is a character, laid back with a funny sense of humour and it was only a matter of time that we would bump heads again, and this was the right time. He approached me with this and without hesitation again I jumped on it. He had a vision and if I could help in any way I was going to.

What type of music did you enjoy in your younger days in Chicago while spinning records in clubs like the Warehouse?

I enjoyed the classic stuff 70’s disco, funk, later Italio Disco. It didn’t stop there, if I could dance to it I played it or listing to it.

When compared to now, has your taste in music changed?

If you have good taste in music, you will always have good taste. I don’t flip flop all over and decide today I don’t this type of music. What I like in the past I still like today and play, I just have more music and Genres to love.

What are you looking forward to when we all get back to “normal”?

I’m looking forward to running into my mother’s arms and telling her how much I love and miss her.

What’s more to expect from DJ Rush this year?

I am fighting hard to finish my cookbook, all I need now is to pick the best recipes, clean them up, add a story behind them, and hopefully, the rest will be history. I am also working/preparing a nice and sexy but dirty music video. I have also had a few projects coming out soon.