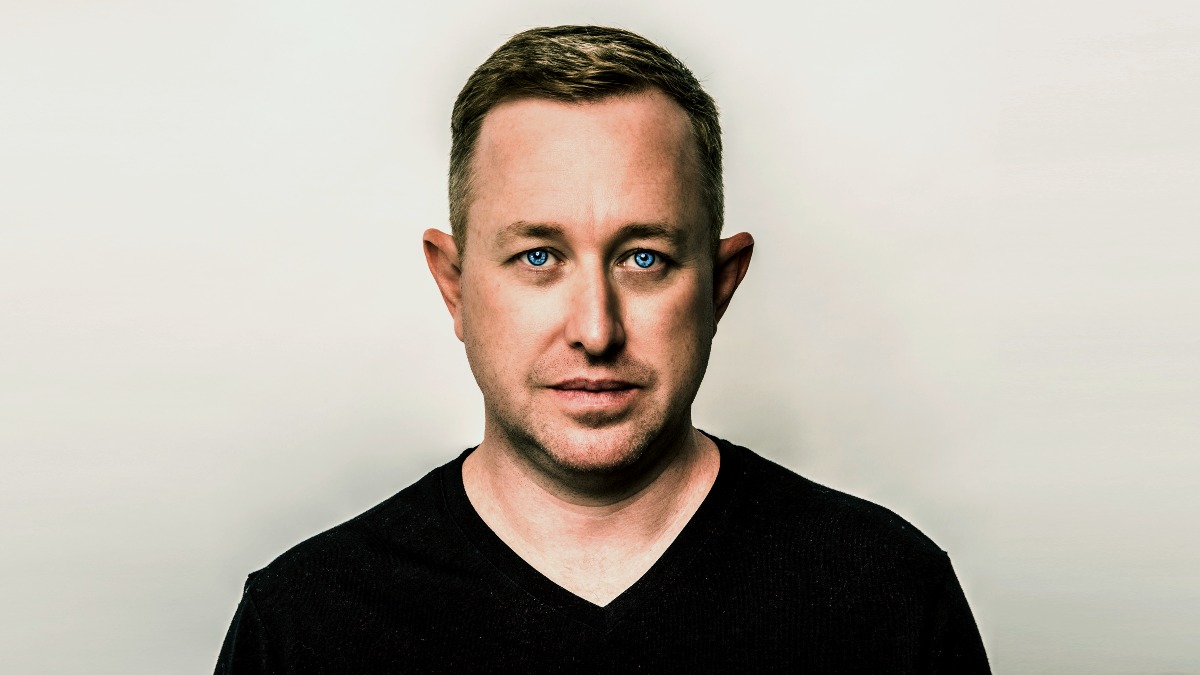 Miami’s Doc Brown is known for incendiary performances at EDC and BPM Festival as well as holding a longtime residency aboard the infamous Groove Cruise. This year he has become a label owner for the first time in his career.

His Unlearn:Records imprint will serve as an outlet for his own fresh, unique take on tech-house and techno, as well as showcasing other artists producing incredible music that sits a little outside of the status quo.

Expect dark grooves, rolling beats and an abundance of energy with every release.

In addition to recent and upcoming releases on Unlearn, in December Doc Brown puts out music with two more storied label: first Twitch Chat on Gene Farris’s Farris Wheel, and later in the month a remix for Vanilla Ace’s Wyldcard Records. Ahead of the releases, we caught up with Doc to catch up on what’s been a busy – and at times testing – year.

Thanks for talking to us Steve. You’ve probably been asked this before, but where did the name Doc Brown come from? Is this a Back to the Future reference?

Indeed, it is. Back when I first started DJing–just for fun, really–it was on records and there was no real way to learn and share other than interacting with other DJs. Even on a non-professional level, it was fraternal. Older DJs would share with you tips & tricks and even help you out by gifting you some records when you were starting out so you had a collection to play & practice with (gathering a collection at the beginning was difficult when records cost around $10+ a pop).  In that sense your circle of DJ friends also gave you your DJ name–and at the time my AOL screen name included “docbrown” so that was it!

The US is in the headlines even more than usual at the moment due to the recent election. Does the country feel different to you? How do you think the next few months will play out?

Well, I honestly don’t know the reason but I feel like people are less afraid to speak their mind than ever—which at its essence is a good thing. My hope is that people also realize that listening is important as well. Not just here in the US, but worldwide, we have always achieved our greatest potential bringing together a variety of influences and opinions to formulate creative solutions to our problems. The way I see it human potential is endless when we work together & that’s my hope for the future.

How are you coping with stress during the pandemic? And how do you manage shifting priorities or changing deadlines?

Funny you should ask because up until about a week ago I would have said I’m doing great, but the mounting pressure of the calendar end to 2020 and the world not yet looking as I expected it to 6 or even 3 months ago is starting to build. All you can do is just keep pressing forward though. Obviously, you have to look at 6-month and 1-year plans as fluid but the 5-year and 10-year outlooks remain unchanged—so all you can do is look at the factors that are within your control and continue to do as much as you can…so that when things are actually normal again, you can focus on the changes needed then while still maintaining momentum elsewhere.

Are you finding more time to produce now that you’re not on the road?

At the beginning of the pandemic, I was finding a lot of time to produce, actually. There’s an old adage that states that work expands to fill the time allotted & I think as the pandemic has worn on that has been the case with me. 7 months ago everything was sideways & free time seemed abundant. Now I have pandemic routines—both personal & professional—and I find I’m having a similar problem as I did before COVID, which is that music writing always seems to end up on the bottom of the list. Throughout the holidays (which normally would have a full calendar, extended travel & endless tasks) I plan to refocus & reprioritize that. Like a student who hasn’t been keeping up with their studies, I get horrible anxiety when I haven’t written music for an extended period of time.

How much are you missing playing live at the moment? You’re used to playing some pretty amazing parties, Groove Cruise not least among them. Are there any elements in particular that are irreplaceable?

I miss the camaraderie of hanging out with other artists more than anything at this point. I’ve been lucky enough to play a lot of festivals. And for me, one of the best parts about that is getting to spend some time with people who are doing the exact same things you’re doing, facing the same struggles, having the same highs & lows. You don’t just casually run into people at the grocery store & talk about your latest parallel compression techniques or the way the kick drum from the newest record from so-and-so hits in a club.  Everyone always has great stories about ridiculous happenings & laughter at home just doesn’t hit the same.

How has running a record label been for you so far? What have been the most rewarding, and most difficult elements?

My entire life working in the music industry everything has always been project-based so being able to work a release project all the way through, literally from start to finish, is really cool. For example, in the case of the track Voices In Yr Head, I wrote it. I tested it. I knew it was good…but I had sent it around to a number of top labels that all told me they liked the track but that it wasn’t right for the label.

So, being able to put something like that out—and then seeing success in the Beatport charts & artists like Claptone supporting is really gratifying. In 2021, I plan to be able to do that for other artists whose music is falling between the cracks as well!  Really the only difficulty thus far has been in terms of planning and transitioning the brand into live events, which at this point is all so uncertain.

You seem to take a lot of care with the artwork for the releases… do you think that’s an important factor when establishing an identity in what’s a very crowded market?

I definitely think visual identity is important in the current market, and it was something I felt had always been lacking in my artist brand so I wanted to make sure the label had it in spades. I actually do graphic design as well as music. But I specifically wanted to outsource this to get a fresh perspective (and to lighten the load!) and I’m really happy with the results. I also have a new merch drop coming soon!

You’ve released with so many great labels. Do you make music with specific labels in mind?

Haha, no…never. And sometimes I think maybe I should because a lot of times I end up making these songs I really like, but just don’t fall neatly into any of the A-list brands I’m targeting!  When I’m making a track, I’m really just thinking about if it moves me, personally. And increasingly, I’m thinking about how & if the mood/vibe fits with the ‘Doc Brown’ brand and where I want that to go. It’s a bit more difficult of a job finding holes for all the pegs—but when I do have something that’s a match with a label, the relationship is formed on something that’s genuine and true, which is honest love for the music.

When I’m making a track, I’m really just thinking about if it moves me, personally…and increasingly I’m thinking about how & if the mood/vibe fits with the ‘Doc Brown’ brand.

People haven’t been raving together properly for months now. Have you been doing much online, both from a personal and professional view, to make you feel more connected?

For me, the entire pandemic has revolved around my Twitch channel. Early on I was a bit hesitant to get into the live-streaming as I thought it was a bit oversaturated & gimmicky. As the pandemic wore on, it became pretty clear that this was the only way to stay relevant & gain new fans through live performance. Once I started doing regular weekly shows, I realized it was so much more. Not only was it a legitimate revenue stream that illustrated clearly to me that the concept of direct monetization works BUT it also created an amazing community of music lovers surrounding the streams. I’ve doubled down & am now streaming twice weekly with plans to continue streaming live events when things open back up.

If the music industry should learn one thing from the coronavirus pandemic, what do you think that should be?

The system is broken. There are an awful lot of people making money on music, but very few of them are the people creating the music. The major labels are operating on an outdated system & using their catalogue power to muscle around everyone in the biz. It’s something everyone has talked about for quite some time, but I think what has happened due to COVID has highlighted how bad things really are. With a one-dimensional revenue model for content creators, the music industry will eat itself (if you don’t think it has already). I think, though, artists are going to have to take things into their own hands and figure out how to build their business—unfortunately, no-one is coming to save us.

There are an awful lot of people making money on music, but very few of them are the people creating the music.

Finally, outside of dance music, which album have you listened to most this year?

So many great electronic music albums this year (Layton Giordiani, CamelPhat, Dosem, Spektre, Wehbba, Andreas Henneberg!) but for a non-dance album I’d have to say listening to James Taylor always seems to even me out. So probably one or the other of his first two albums. 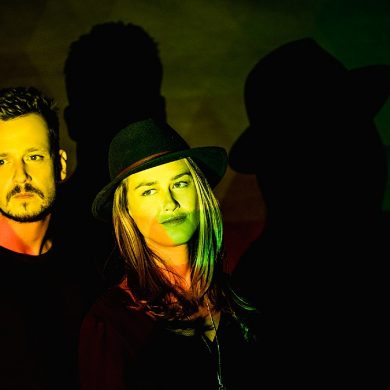