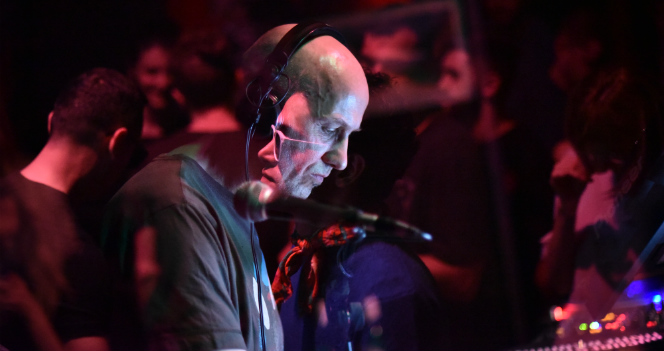 Last year we had a talk with Dr.Nojoke about his great and fantastic looking “zero.one” vinyl release. It had a sequel as well called “zero.two”. One year later Frank, aka Dr.Nojoke has a new concept in which he combines art & text with the music he is releasing on his vinyl-imprint CLIKNO. The releases are called the “MAT editions” for which he collaborates with Jonathan Canupp (art) and Marianne Kjaer Klausen (text). We get more into details in the interview below.

This is something to look out for as it is yet again for collectors. A limited amount of vinyl copies (200) are printed so make sure to grab yours on time! 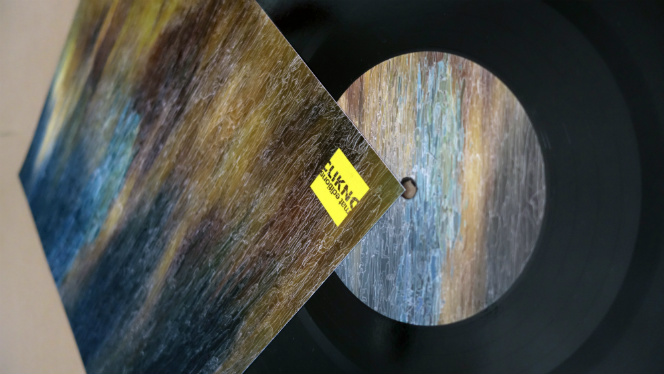 How is it going, Frank?
Hello, I’m fine, thanks.

It’s been over a year since we had you here talking about your new vinyl-only imprint CLIKNO and the zero.one release. How did that go?
Well, let‘s say it is very hard to sell music nowadays. But all in all, I was quite happy with the result. I got great feedback on music and artwork.

There was also a sequel, zero.two. We know both were conceived as a double EP. Want to tell us about the idea behind the limited transparent vinyl releases?
Yeah, both EPs together give an album. I am working on a special layout to offer them also as a double EP.
Zero stands for a new beginning. I open a new chapter with CLIKNO as a vinyl label. Of course, there is also a deeper meaning. Translated to the world I mean we need a reset of our systems, back to zero. We must change and rethink everything and I guess that is only possible if we would go back to a point, where we would be able to change. A big discrepancy of course. I have no solution to offer. I just would like to go back to point zero. The transparent vinyl then stands for freedom, equality, tolerance, peace… for a transparent world as I imagine it, transparent as light, as music and as love. When you look through the record the world already looks different.

And now there will be the MAT editions. Talk us through the idea behind this concept.
MAT stands for music, art, text, the three disciplines, which are combined on the MAT editions series.

Why do you want to combine deep techno music, contemporary art and profound texts? What’s your relation to all 3 of them? Deep techno music we can imagine, but the other 2 might need an explanation.
The question I believe is, which disciplines can I combine on a physical product like a vinyl record. Well, anything, that you can print on the cover. That is, any 2-dimensional artwork or a representation of it (such as a photo) and letters of course. I like to think of different things together.

Actually, for me they are not really different, they express same or similar things just in a different form. Each discipline has its strong and weak points to describe or express things. Together they can tell more. For me, it all belongs together anyway. I don’t like to separate things and split them up into little parts as that does not feel right. Reality is complex and I would like to create something, that represents at least my reality as I perceive it. If that works I have done something relevant and hopefully something with value.

Of course, I have a strong relation to modern and contemporary art. It’s a very big influence on my music and I cannot think about my music without art.

You are collaborating with 2 other people, Jonathan Canupp (art) and Marianne Kjaer Klausen (text). How did you all meet and what was the trigger to decide to work together?
Jon I got to know eachother through his fantastic music ten years ago. He is a member of the UNOIKI collective, with which we realised thirteen CDs in a DIY concept between 2010 and 2015. I visited him four or five years ago in Denver and we just like and appreciate each other very much, which I also can say about Marianne. We lived together in a commune for many years. She already wrote texts for UNOIKI and my albums “Unexpressed” and “Falling & Walking”.

The text, but also the artwork and the music, should each work independently so all three meet on the same level, they are equally important.

I did the music for her theatre play “The Stronger” by August Strindberg and we work together on a performance project based on the poetry album “IT” from Inger Christensen. So I asked her if she could write texts for my MAT editions and we agreed on kind of mini-essays about humanity. The writings should not be about the music. The text, but also the artwork and the music, should work each independently so all three meet on the same level, they are equally important.

Back to Jon. He is an extremely creative head, working in his studio/atelier with diverse media. After I saw he uploaded his paintings on Instagram this year, I immediately liked them. There was something in it I was searching for. Timo alias 52°N, the graphic designer, helped me a lot to select the one for the cover. He also conceived the fantastic layout for the MAT editions. It was another big thing to sort out, which paper quality and printing technique we take to achieve the look, that we, Timo and me, wanted.

What kind of audience do you want to reach with a release like this?
I always say to myself, if I like it there must be others, who do like it as well. I am very critical to myself, but of course, you never know how it will be received. I don’t think too much about to satisfy others. I work on a thing itself until I think it is OK. I just do my very best and I like to present my vision.

I always say to myself, if I like it there must be others, who do like it as well.

I believe there is a big gap between club music and intellectual aspects and I think there are many people out there, who kind of feel that even not consciously. I want to fill that gap.

So I do not aim for a big market, hahaha. I contribute just a little part to this already oversaturated world of music and I want to expand it and give something valuable. Something that stands out from the mass. I never felt well in the mass. I like edges and shades, twilight zones. That is the adventurous territory.

I never felt well in the mass. I like edges and shades, twilight zones. That is the adventurous territory.

Is it going to be a limited edition again?
Oh yes, definitely. 200 copies only!

As it all feels kind of special what you are doing with the label. What do you want the legacy of the label to be?
Let’s look back in a few years. I just would be happy, that the label and the releases wouldn’t be forgotten so quickly. With the MAT editions, I would like to present a little collection of art and texts, as an exhibition. And yes, maybe there will be an exhibition and a book in the future.

With the MAT editions, I would like to present a little collection of art and texts, as an exhibition. And yes, maybe there will be an exhibition and a book in the future.

Looking forward to this release. Thank you for your time!
Thanks. It was a pleasure to talk with you. 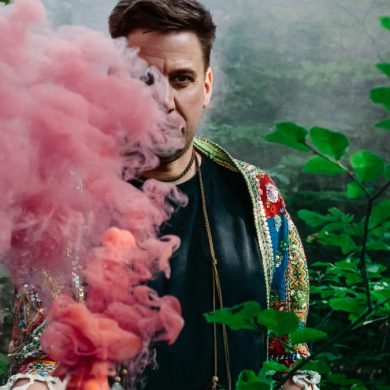