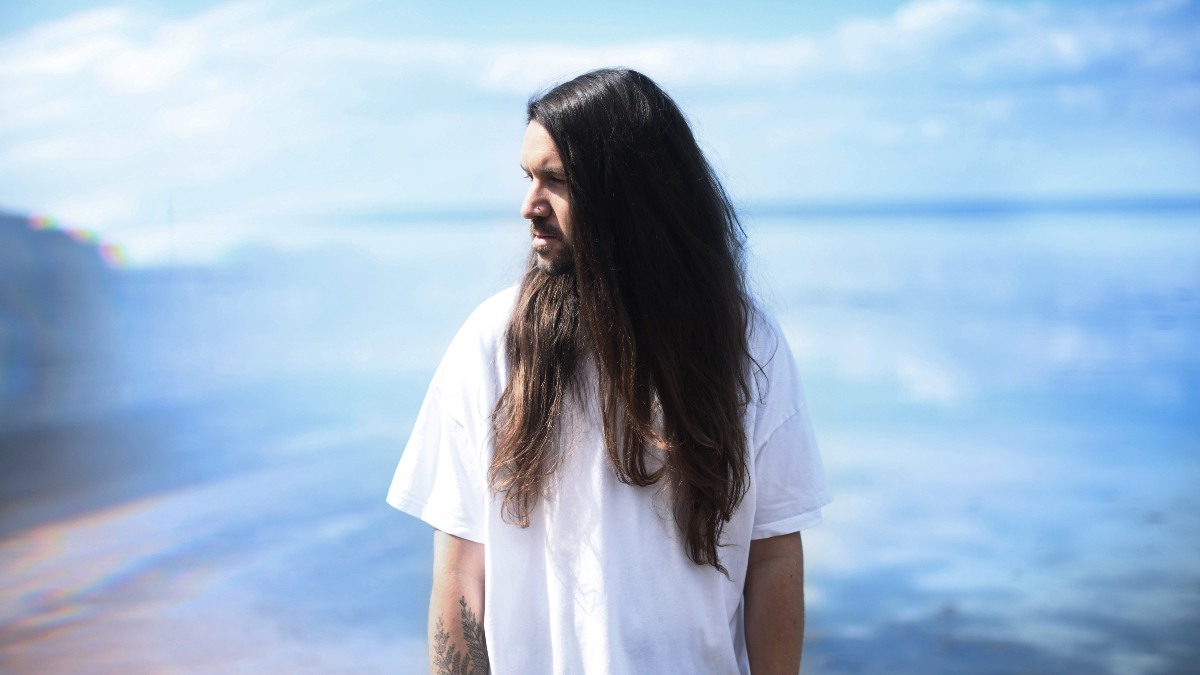 Across twenty highly distinct and engrossing tracks, Etherwood’s incredible new album Neon Dust explores a huge range of genres, from his signature drum & bass to folk, rock, indie-pop, techno, downtempo and ambient, many of which include his own distinct, evocative vocals.

UK artist Etherwood has been producing since the 90s, however, the first recording to bear his name was a Jakwob and Etherwood remix of Lana Del Rey’s Video Games, after which he attracted the attention of legendary UK imprint Hospital Records, with whom he has enjoyed a long and fruitful partnership.

His eponymous debut album was released in 2013 through Hospital’s offshoot label Med School and entered the UK Dance Chart at number 4 and the UK Indie Chart at number 11. Following its release, Etherwood peaked at number four on Billboard’s Next Big Sound chart and has been named as both the Best Newcomer DJ and Best Newcomer Producer at the DnB Arena awards.

A devotee of meditation and mindfulness, Etherwood has embraced a nomadic lifestyle, living and producing records from the sanctity of his van and existing in harmony with his surroundings: a mindset and way of life that is echoed in the music he creates.

Thanks for talking to us Woody. How’s your summer been?

It’s been fantastic so far thank you, nice to be DJing again!

You’ve been making music for a while now, taking us back to the 90s… what kind of stuff were you making then? And what equipment were you using?

My Dad bought me a little 4 track Tascam mini porta studio when I was like 14. It was recorded to cassette tape. I loved that thing so much, recording guitar and vocals into it. Really ambient slow droning stuff, kinda shoe gaze. That kicked me off really.

When did drum and bass first come into your life as a music fan? Can you remember some of the first tracks that really got your attention?

It was at Uni that my DnB passion began. My friend gave me a mix cd with loads of bangers on it. My faves at that time were Together by Logistics, Ni Ten Ichi Ryu by Photek and Roni Size – Brown Paper Bag

Was there a specific moment when you decided to focus on DnB in terms of your own music?

When I first started producing, I was making everything from techno to dubstep. The more I wrote, the more the DnB songs just started to work better than the rest. From then on I focused on honing my skills as a DnB producer. I loved the energy that came with DnB. I wanted to harness that energy but make music that still had a chilled feel.

Tell us why meditation is such an important aspect of your life...

I don’t know where to begin…I had a particularly low point in my life several years back and discovered meditation as a way of reigniting my relationship with myself and the world. Since then, meditation has become a second breath. It’s during meditation that I feel complete and in total oneness with the universe, completely at peace and unconditionally happy. I really don’t know where I’d be without it.

How do you think being more in touch with your own thoughts and creativity informs the kind of music you produce?

Music is fundamentally a direct expression of one’s emotions, feelings, thoughts and energies. The act of writing music is itself meditative and allows you to connect with yourself on an incredibly deep level. It’s like a diary. You sit and start writing and who knows what will spill out. Sometimes you’re like, ‘ok, where the hell did that come from.

Your latest album Neon Dust – as well as DnB it moves through various different styles and moods, but always seems very chill to us. Is that reflective of your own personality?

I guess so yeah. My feathers don’t really ruffle. I wanted to explore more styles with this album and essentially more aspects of my own personality but to me, and I hope to the listener, they all have a resounding sense of calm

You’ve described the album as “the essence of a world just beyond reach”, which to us sounds like a benevolent version of something a sci-fi writer like JG Ballard might create. Do you look to other art forms for inspiration when making music?

Ha well, I’m honoured to be mentioned in the same sentence as JG Ballard. I do take a lot of inspiration from books and films. The term ‘Neon Dust’ comes from probably my favourite book ever, ‘The Electric Kool-Aid Acid Test’ by Tom Wolfe. He’s describing the glittery experience when the whole gang are on acid. It’s such a cool book. I also took a lot of inspiration from films; Waking Life, Primer, Annihilation, Spirited Away to name a few. I love sci-fi.

And where do you find inspiration for your lyrics? Are they drawn a lot from personal experience?

I try to stray away from singing about love. I realised that despite being the most popular topic of lyric, it’s the only thing that we can’t actually express in words. So why bother trying. I try and sing about my experiences with meditation and my spiritual journey, the way I feel about the world and nature, things I dream about (I could write ten albums of this).

Tell us about your recent project with Dolby Atmos…

This has been incredible. When writing music of any kind, I always imagine how it could be placed spatially. You can envisage where some of the sounds could lie and how they could relate to each other. When producing in stereo, you’re bound to an extent. In Dolby, it’s boundless. I was blown away when I heard the first mix of one of the songs in the Dolby studio. Couldn’t stop giggling

How important is harnessing the power of technology in realising your musical vision? And if all the tech was stripped away, do you think you’d still find a way to make music?

I believe in balance. You certainly need a certain level of technology to achieve the kind of sound you imagine and can definitely be encumbered by a lack of equipment. That being said, if we envelop ourselves with equipment, it’s easy to lose vision and wind up lost and confused. For me, if I was stranded on a desert island with just a shoebox and ball of string, I’m sure I could make some music! I mean, no one would buy it but…

What does the rest of the year look like for you?

I’m working on a really exciting visual accompaniment to the some of the album tracks so keep your eyes peeled for that. I’m also converting a camper van to get back on the road so hoping to get that finished asap 🙂

Finally, what’s the greatest DnB track ever made?