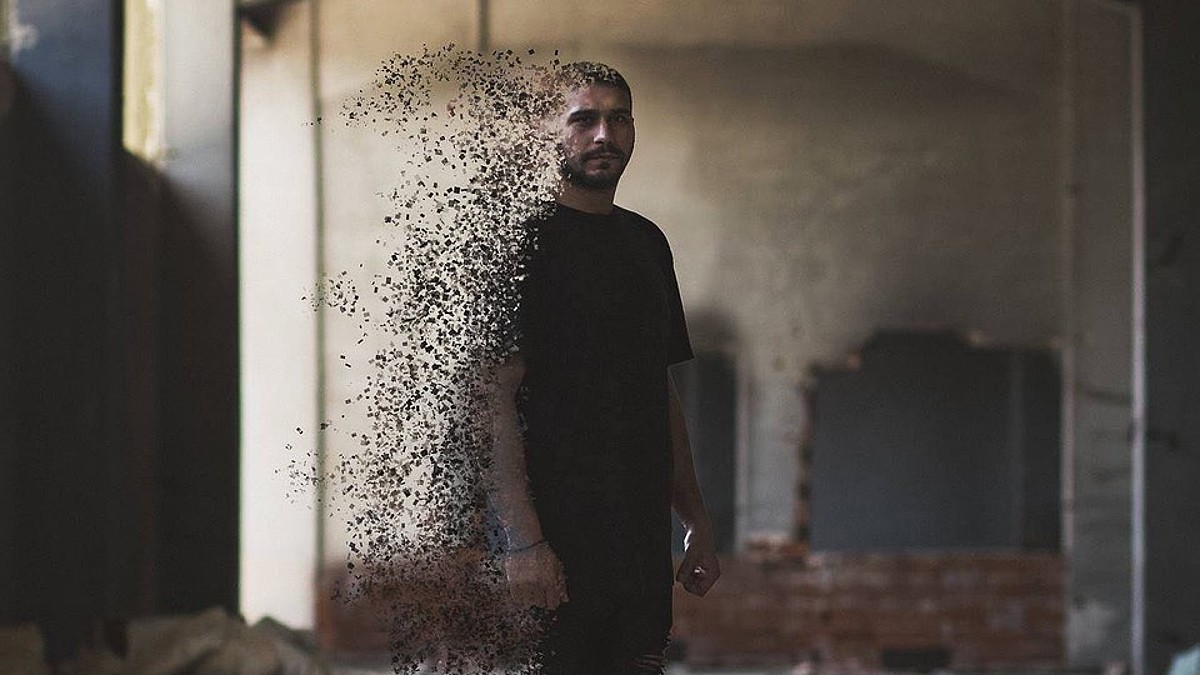 Do Not Sit has long maintained an enviable and consistent A&R front. Never afraid to sign up-and-coming talent but equally also home to a cast of legendary producers. The one thing that continues to set them apart is, of course, absolutely great music.

Indeed, Behrouz & co. have been on fire lately, with George X’s awesome new release coming hot on the heels of Gavin Hardkiss’s quality-laced, Perc Groove. We touched base with Athens-based George ahead of the release of his new EP, Slice of Life…

How was the last year for you, what was good and bad? How did you get through it?

The last year has been…interesting. Sure, it was not easy, the whole world went through a pandemic and our industry suffered, as did others. But I found growth in these circumstances by making music and getting to know more artists.

How important is it to you to mentor younger producers? Did you have a mentor yourself? And can you talk us through your production history and set up a bit?

I believe that mentoring a young producer would be something significant to me since I did not have one myself and in retrospect, I can see the importance of such a presence. I started producing some bootlegs and edits as an amateur in 2008 but realised my potential and decided to try and make something exclusively mine in 2016 when my first EP got released in vinyl.

My setup consists of:

Can you tell us a bit about your history in electronic music and your involvement in your local scene?

My history in electronic music began in my teenage years when the Prodigy was giving it their all and had a very strong presence in the scene and in our midst. I also drew inspiration from the ‘90s music scene. At the young age of sixteen, I began DJ’ing at my local scene and three years later, I started working as a professional DJ in bars and clubs, again, locally.

After a period of reflection, do you think the electronic music scene will learn from the pandemic? Or do you think it’s back to normal in some ways?

The world took a hit, people took a hit so music also took a hit. I think that right now, none of us has had neither the mentality nor the strength to reflect in a sober manner. However, I feel the need to emphasize the ability of man to adapt and overcome the waves of life. We witnessed the industry take a toll but the people of the industry stayed positive, we remained creative and most of all, we remained hopeful and tenacious.

What do you love and what do you despise about the “scene” in general?

I love the fact that through my music, I can channel my feelings to a crowd. I love both the creative process and the physical act of playing music, I love that I get to know people from all around the globe that have a similar heartbeat to my own. What I don’t love is that there are some artists out there that forget what this is all about and focus purely on keeping appearances.

Tell us about your relationship with Do Not Sit and how this one came about?

Do Not Sit has forever been one of my favourite labels and because of the legendary Mr. Behrouz, who I admire, I decided to try and produce some music for his label.

Where do you stand on politics and electronic music then? Should they mix?

Music is inherently political, it’s made by people and people are political beings. I believe that music is how someone puts their thoughts into sound without any words exchanged. Hence, the political part. However, I tend to avoid this part, both in my personal life as well as my art. I stay focused on expressing my feelings and not my beliefs.

Have you played yet with the Do Not Sit crew? And is this a goal of yours?

I once warmed up for Behrouz when he came to Athens and I would be delighted to repeat the experience!

Speaking of, what do you see as the ultimate goal for your career as a musician? Is it something you do full-time or is it a side thing for you now?

My ultimate goal is to be a full-timer actually. Right now I work a regular job so I try and make sure that the rest of my day is productively spent on music.

Let’s chat a bit about the record as it’s great! Can you talk us through your inspirations for this one? Did you always produce it with Do Not Sit in mind?

First of all, thank you for your kind words. My inspiration for this one came from a big change and some important decisions I had to make for my life, about a year ago. I produced it for myself but made some adjustments along the way.

George X’s Slice of Life is out 19/11 via Do Not Sit. Buy/listen to the release here.

Powel has produced a really quality remix here. What was your take on his remix? Do you generally let artists remix your work as they like?

Powel is one of my favourite producers out there. I have been watching him for years. His remix was unique as has been the rest of his work so far. As for remixing my work, I believe that when the liberty of movement is provided, awesomeness ensues.

What else can we look forward to from George X over the next while?

Finally, what’s helped you smile and get over the pandemic hump the most over the course of the past twelve months?

Being close to loved ones, never letting the sight of my goals and Netflix!