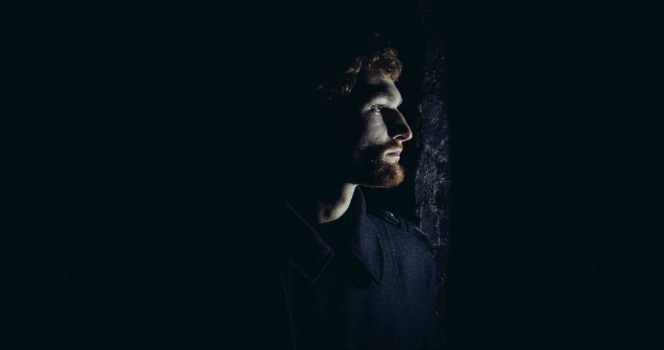 Forgetting all the rules and focus on the music

Some years ago, Quirijn Verhoog embarked on a musical journey through various genres and instruments. For the past 7 years, electronic music has been his playground. Over time he developed a vision of music which he now expresses in his current project: Precursor.

In 2015, he decided to withdraw from his former artist name and focus solely on electronica and techno. A new start with lots of possibilities and influences amongst the likes of Moderat, Kiasmos and Jon Hopkins.

After hundreds of hours of work, his debut album “Wanderlust”, followed by other releases on Aftertech Records and Us & Them Records. He also took care of a couple of remixes for rising Dutch artists, but the list gets longer year by year.

His DJ-sets are storytelling masterpieces but he truly brings out the best of himself when performing a live set with his modular synthesizer, bringing an analog audiovisual experience to the crowd that is more unique than rare in today’s digital era.

Hey Quirijn,
How is your summer going so far?
Hi Claudio, thank you for inviting me to this interview. My summer has been incredibly busy, with an internship at the Amsterdam University Medical Center, sound design projects, track productions and a few gigs!

Any highlights to mention?
Absolutely! I played my first two modular live shows at Ruigoord, Amsterdam and at the mainstage of Enigma Indoor Festival alongside VNTM Live and Egbert Live. 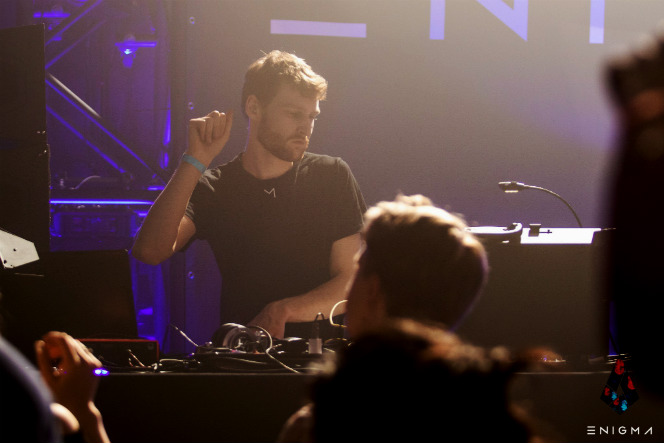 For fans who don’t know much about you, could you tell us a bit about your music background?
I started young. At the age of 5, I learned to play the guitar and I had lessons until the age of 18 and this on a daily basis. However that last year of music school, I got more and more into production. I was already making some guitar recordings for a little while on the side, but now I wanted to learn about mixing and producing. I started by producing Drum & Bass, one of the hardest genres to get involved in production-wise, but it was very educating. After visiting several festivals I slowly started to get interested in Techno. Before long I made my first track and had my first international DJ gig in Italy near the hometown of my best friend and manager. I enjoyed the energy of the dancefloor so much! Not long after I went through a break-up and decided to put all my time into producing my first studio album called “Wanderlust“, which was released on Basserk Records. It’s a mix between electronica and techno.

I just wanted to forget all the rules and focus on the music.

How would you describe your style and the key elements that define it?
My heart is always at electronica. I barely ever listen to what most people define as techno, but always in a mix with electronic music. I think the strange sounds from Drum & Bass and the syncopation never left me. I’m always looking for ways to mix the two (electronica and techno) and I think this defines me as an artist. Combining organic sounds with steady beats.

And how has your music been influenced by other artists, musicians, or life in general?
I will often listen to one artist a lot at the time and move on to something new only after really understanding the vision of the songs I have been listening to (so many times). Some of my biggest influences at the moment are Jon Hopkins, Moderat, Max Cooper, Mind Against and Aether. But I listen a lot to Rival Consoles, HVOB, Sebastian Mullaert, Bonobo and Trentemøller.

What artists inspired you as a kid growing up?
That’s funny, as a kid I listened to a lot of hard rock and metal. Iron Maiden was my favourite band for sure, but I also got into Dream Theater and their guitarist John Petrucci. But what’s really interesting is that I found out about Bonobo already in 2003 through this video game. After that, I listened to a lot of Drum & Bass, artists such as Phace, Misanthrop, Noisia, Spor, Mefjus, L33?

What were the milestones that brought you closer to achieving your dream to become a DJ/producer?
I think finishing my first real studio album was a big deal for me. I spent a year on it and it really reflected my emotions at the time very well. I was still working in the box at this time. After that, I started buying analog equipment which at first ruined my workflow completely. It was a big change for me. Now I’m more used to it and it really sparks my creativity. I could not produce without anymore.

What are currently your main challenges as a DJ? What is it about DJing, compared to, say, producing your own music, that makes it interesting for you?
DJing is a different ball game. I am so confident about producing, but DJing is so different. You have to know all the tracks really well, think about keys, think about the audience, what’s the vibe, who is playing before you, who is playing after you, what time is it, how much time do you have left. It’s a challenge for me for sure, but it’s nice when the audience is responding to your efforts!

What’s your creative process when producing music? Do you have an idea in mind or do you somehow experiment and see what’s coming?
I know this is not a satisfying answer, but yeah. It’s different every time. In my new EP some tracks took 4 years to complete. I made the basis of the track a long time ago, then worked on it. Then scrapped it again …. In the end, you make this new sound, synth or drum riff and then it clicks. Everything comes together and it’s clear how to finish the track. Other tracks write themselves, they work from the start and I can finish them in like 3 days. Luminous from the new EP was one of these.

Tell us something about the gear you use to DJ and to produce?
Right now, I have a little collection of equipment. I use a modular synth and the semi-modular 0-coast both hooked up to a Beatstep Pro. Then I have a Minilogue xd, Roland Boutique SE-02, Korg Volca Beats, MFB-Tanzbär, Soundkraft analog mixer and some pedals. I want to expand with an ARP2600 at some point, but it’s so expensive. I hope Behringer makes a great clone, otherwise, I’ll have to save up for that TTSH-4.

You have a release coming up on Lines. Tell us all about your “Holon” EP. How did it come to life? Did it take a long time to create and did you road-test it?
Holon is a reflection of this growth in production I told you about. When I started the EP almost 4 years ago I had just had the Minilogue for a few weeks. By now I’m using so much stuff, all these years were practise, also in mixing, to make it all come together. I think the EP sounds a lot more “mature” than my previous music. I’m also incredibly honoured by the remix from Love Over Entropy, it’s such a trip. Really crazy production, exactly what you’d expect from an artist as skilled as Michel.

I didn’t really road test the tracks a lot, because I knew they were as I wanted. Some parts of the songs may be more for listening, but Luminous definitely works in a club. And really, for me, it’s more important to convey a certain sound and emotion than to rate a track by how well it performs in a club. A quote that I always identify with is that “a DJ is defined by his ‘fillers’ not the ‘killers'”. It means that the real vision of an artist comes out when he’s playing the tracks in between the popular dancefloor hits. I feel like my tracks fit there really well. It feels more personal to me that way.

A quote that I always identify with is that “a DJ is defined by his ‘fillers’ not the ‘killers'”.

Give us an insight into what we can expect from you over the next few months.
This summer I will play some gigs in Warsaw, Poland and then I will go on a well-deserved holiday. When I come back I think I want to play more live sets again. The connection with the audience is just so much stronger when you play live.

If you could go back to back with literally anyone (non-DJs included), who would it be?
If it’s live it would be Modeselektor, but for a DJ set, I’d choose Max Cooper. I’m so intrigued by his DJ sets, they are a mixture of everything you can imagine and he mixes everything so seamlessly. The best moments for me are when he plays this really dark techno tracks but then there is this electronica track laid on top and they just work together. It’s crazy and so unique. I want to do this as well in my DJ sets.

Are there any tracks or artists in particular that you are playing constantly these days?
There is not a single set that goes by without playing some Alex Niggemann track. He knows how to make people move, unlike anyone else.

Where you are based and what places would you recommend for a night out starting with dinner, followed by a drink at a bar, and then some dancing at a nightclub?
I am based in Rotterdam at the moment. For dinner, I would recommend Lil’ V, a Vietnamese restaurant with amazing food, and even better cocktails. In Delfshaven there is a great special beers café called Stadsbrouwerij De Pilgrim. Definitely get a couple of crazy beers there. The club culture here is a difficult one. They recently closed a few clubs and it’s a shame really. The nightlife used to be so much more alive. Honestly, I would recommend going to Amsterdam and party at Radion, but if it had to be Rotterdam, I think Toffler is the most interesting club. The architecture is very cool and if they book a good artist the vibe is great too! 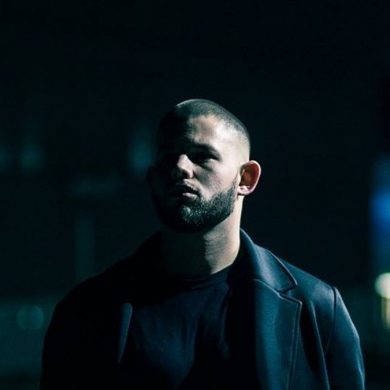