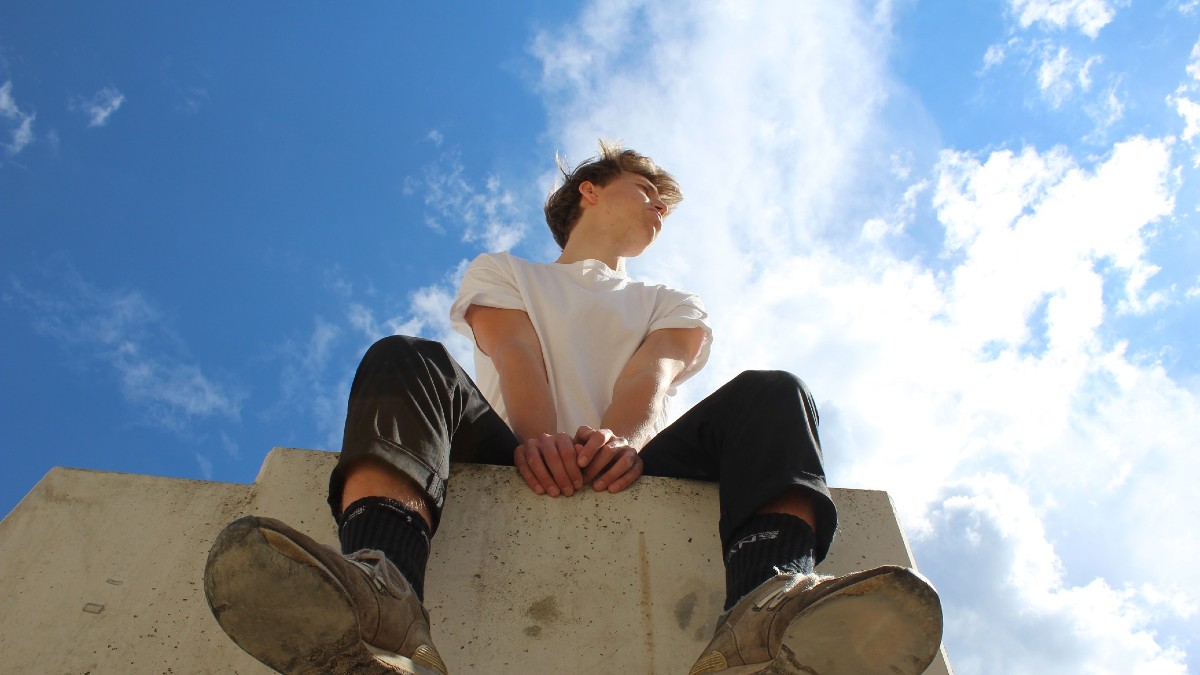 Holly North belongs to a new and unstoppable generation of musicians and producers. With a lot of musical talent, passion and a feeling for the right sounds in the right place, he now releases his debut album “Odyssey” on the label 3000Grad. A stirring and emotional melodic techno album – we had the pleasure to talk to Holly North.

So, grab a fresh drink out of the fridge and listen to the album on your headphones during the following interview.

Hope all is well with you?

Hey! I’m doing great, thanks for having me! Hope you all got through these crazy times okay so far.

For fans who don’t know much about you, could you tell us a bit about your music background? How did it all start out for you?

I’ve been surrounded by music basically since I was a kid. I started playing the cello when I was around seven years old. In my teenage years, I then played the electronic bass in some bands and eventually ended up taking some piano lessons as well. As music always played a big role in my family and my circle of friends it somehow came
natural to me that I also would do something with music at some point.

When was it that the DJ/producing spark hit you? Maybe also tells us something about your early passion and influences.

It must have been around the time when I was 16, 17 when I started producing. Although I was classically trained throughout my life, electronic music with its endless possibilities in its creative process hooked me right away. I didn’t really have only certain influences since I always loved to take inspiration from all different kind of genres and approaches to music. However, if I would have to name one artist that inspired me a lot, I would lie to not mention David August.

How did you through the learning fase before finding your own sound?

Through my early classical music education, I was familiar with the process of learning new pieces and performing them but not so much with creating them myself. But I guess in my early stages of producing, my background did help in coming up with the first ideas.

I right away was able to record my own little snippets of melodies which I then started worked with to create my first songs. I never really used samples and never wanted to copy other people’s sound but of course, I was influenced by what was going on around me in the scene during that time.

How would you describe your own development as an artist?

I am happy to have found my own style and sound that I feel very comfortable with. As I always only wanted to play live, I actually just produced for some years before even thinking of performing. Eventually doing my own live shows and playing only my own music then of course changed the game.

By now, I am seeing my productions and live sets getting better and better every time which speaks for a very natural and sustainable process which I am really happy about.

You have a very nice album coming soon on 3000Grad Records. How did the collaboration with the label come together?

Thank you! I actually didn’t expect this album format initially but the more tracks I made, the more the idea of making an album out of them came into my mind. At the end of last year, I got in touch with 3000Grad and they right away gave me a good feeling about the whole collaboration. They also were liking the idea of an album, which is getting increasingly unusual in the electronic music scene, I feel like. So, I was happy to see that also for them it was really only about the music and not really about whether it would fit into something or not.

What’s more to expect from Holly North this year?

I’m currently working on my next releases. Two more EPs are planned for this year, one of them with a big label from Berlin, so I am really looking forward to what’s going to happen. Other than that, I’m working on remixes and some inter-genre projects such as a music short film where also tracks of the album will play a role.

And like everyone, I of course can’t wait to finally play live again. I would be happy to be able to play some club shows again by the end of this year, but we will see if that’s already the right thing to do by the time we get there.