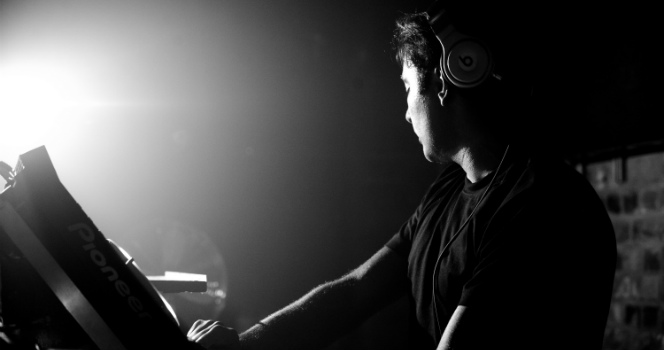 In conversation with 16B

20 years ago Omid Nourizadeh, aka 16B, exploded on to the electronic music scene with his huge debut album “Sounds From Another Room” on Sven Vath’s eye Q / aLoLa Records. Since then this true pioneer of the Tech House scene has carved himself a hugely successful career releasing on labels such as Eye Q, Hooj Choons, Stomp/EQ, Yoshitoshi, Ministry Of Sound, Deconstruction, Bedrock, as well as his own labels aLOLa and SexOnWax Recordings. His impressive collabs and remixes portfolio includes the likes of Lana Del Rey, The Cure, Gus Gus, François Kevorkian, Steve Lawler, Groove Armada, Depeche Mode, Prince, Deep Dish, and more!

TANZGEMEINSCHAFT checks in for a chat as he releases his brilliant 4th artist album “Silenciety”. Sit down, relax and enjoy the read. 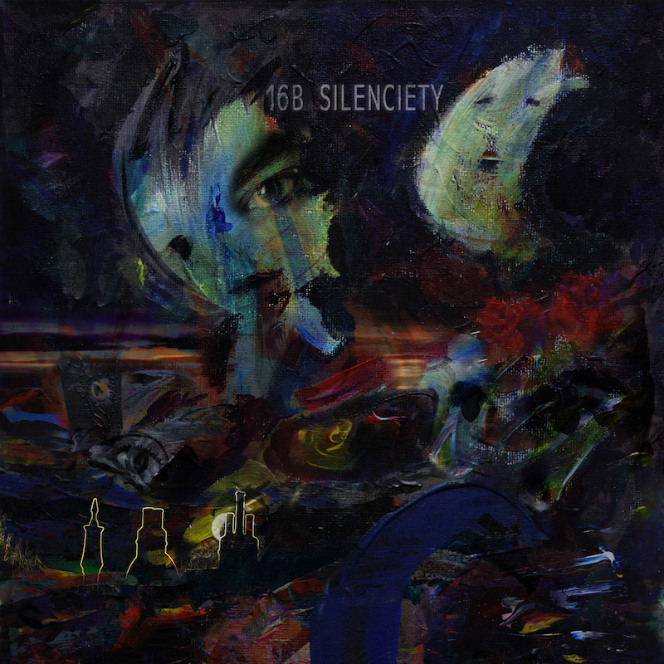 16B talking about his past, recent release and aLoLa

Who or what first turned you on to making electronica and techno and what inspires your sound today?
Jean-Michel Jarre’s “Oxygen” when I was 7. As soon as I got my first portable tape recorder, I started recording everything from noisy traffic, sirens, people chatting, radio, tv, films and my own sounds. At that age, I was limited technically, so I had to use a lot of imagination.

What were your first big break release and your most successful to date?
“Secrets” … it’s still one of the few only tracks that take me back exactly to the moment, the feeling it gave me in the process back in my bedroom studio living at mum and dads in 1996.

You’ve remixed and collaborated with some giant artists including Lana Del Rey, Morel, The Cure, Steve Lawler through to Groove Armada, Depeche Mode, Prince and Deep Dish, among many, have you got a particular favourite from them all and who else would you most like to work with or remix?
Of course, I love The Cure and would work with them any day. Same with Depeche Mode or Aphex Twin, they’re all unique in their sound. Saying that, I’m not turning down new and younger acts, if I hear something that stands out in my opinion then I’m in. Gus Gus – “Believe” (16B Remix) is one I really enjoyed making and still remember the whole process.

You’ve played at some pretty massive events and festivals over the years and you must have plenty of stories, tell us about one of your favourite highlights.. and your biggest disaster.
I was on a boat party in Croatia and two minutes before I’m about to go on to play, I realise I’d left my USB sticks in my laptop back in my room. Luckily, the promoter was kind enough to get a jet ski and go all the way to my hotel to grab the sticks and come back as fast as a miracle. It made the night even more special.

It’s been 12 years since you released your “Like 3 Ears & 1 Eye” album, and now you’re back with your brand new 4th artist album “Silenciety”, please tell us little about the project and how it differs from your previous works and why such a long time between album releases?
I guess most albums up until now have been about me expressing myself through a certain style of music. “Silenciety” felt like something more universal was driving me a certain direction, I couldn’t put my finger on it, I surrendered to it otherwise it would never have turned out the way it sounds, it doesn’t sound like any other album I’ve ever done but there are shadows of my past in there.

“Silenciety” Album is out now on aLOLa Records. The album will also be released as a 2 pack vinyl edition.

What’s the story behind the name “Silenciety”?
Musically it’s about creating a centre for every listener, for the quietest things to be heard, no judgement, no ideas, just to feel an expression stored with multiple feelings. Not for skipping or playing one or two tracks, you’d be missing the whole point otherwise, you have to listen to it from start to finish.

The album is made up of 4 different sections with a real eclectic mix of styles, tell us about the inspiration behind the project?
It does represent four major elements, almost like the four changes I went through in life til now. It’s the story of 40 years, each section represents a decade, from birth to … well, who knows?!

How long did the album take to make and what new learning curves did it present?
Seven years, but going through multiple changes until it felt almost how it should, then, until it felt exactly how it should. The last 3 years were the hardest for various reasons, but it made me believe in what I’m doing again more than ever.

Your aLoLa label has been going strong since 1994, you must be very proud! What are your favourite 5 releases from the label since you first started out?
Vince Watson – Out Of The Deep
Nav – Space Chase
Anthony Teasdale – More Sunday Than Saturday
Charles Webster – Sing It
Pop Out & Play – When The Dark Calls

How do you see aLoLa evolving in the next 10 years and who else have you signed recently that we should be on the lookout for soon?
Will labels even be around that long? I’d love to be wrong, but as music becomes again about listening rather than just playing out, things will change! There are so many average productions out there you can get away playing in a party, but to demand someones attention to listen with no interruptions, it’s got to be unique. As a label, we’re heading towards that goal, music that grabs your attention because it doesn’t sound like anything else out there.

I’d love to be wrong, but as music becomes again about listening rather than just playing out, things will change!

What’s your studio set up like and what piece of kit can’t you live without?
It’s busy, it’s messy and always being moved around. Some of my friends like borrowing my toys! To be honest I’m never completely satisfied with the setup or I’ll get bored of it. I shuffle things around every year saves me hours of madness.

To be honest I’m never completely satisfied with the setup or I’ll get bored of it.

And the best new piece of studio kit you bought recently?
The last thing I bought was The Roland Jupiter 6 from MR C, who used it when he was touring with the Shamen, it’s been almost two years now and I use it on almost everything, like my Juno 60.

Your music career spans over 20 years and things have changed a great deal since you first started out. What have been the challenges in maintaining a music career for so long and what in your opinion needs to change in the industry for the better now?
Just being able to handle its pressure points is one thing, but to accept you have to do certain things regardless of what you’re going through is the part you can’t mess up! You can do whatever you want at the end of the day, but you can’t mess yourself about. You need to be aware of the big sacrifice, but accept it and head towards your goal. Saying that is one thing, but trying to do it is another, I’ve never planned anything, to be honest. You might look back on my career now and see some kind of pattern, but its all been instinct, that’s the truth.

Looking back, what precious piece of advice would you give to yourself?
Go to bed at night, make music in the day!

“Silenciety” Album is out now on aLOLa Records. The album will also be released as a 2 pack vinyl edition.