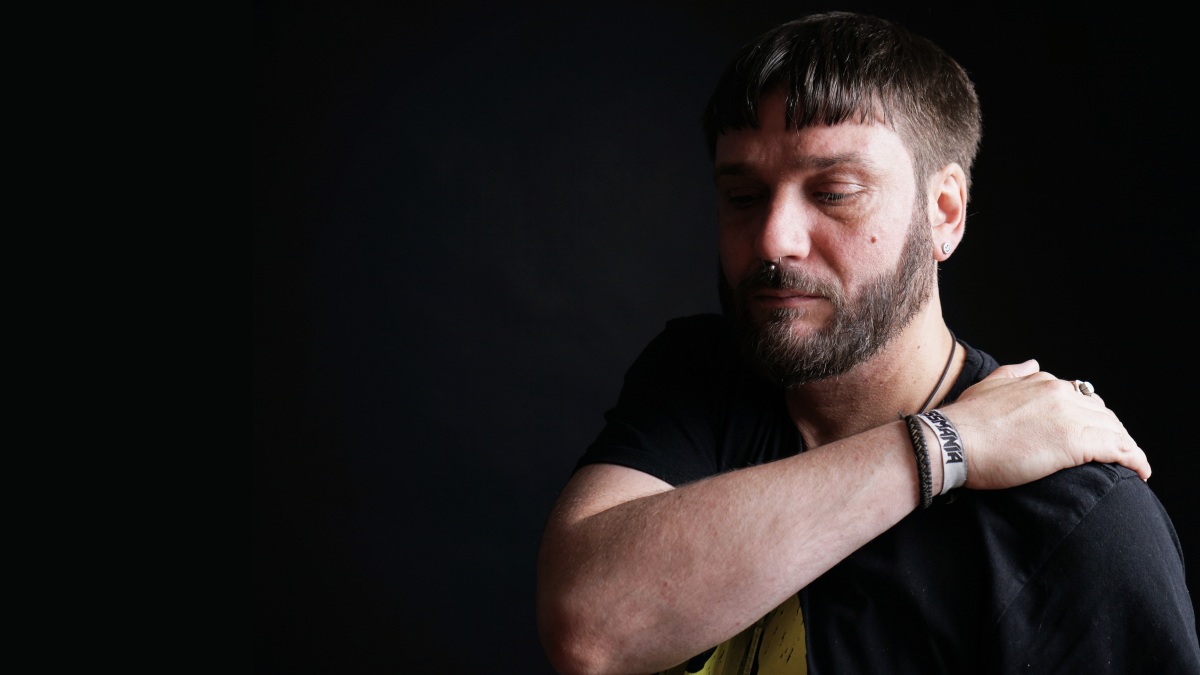 After the success of his ‘DR. Motte Birthday Party Live Jams E.P’ (recorded at the Love Parade founder’s Birthday party) last year, which was supported by the likes of Carl Cox, Maceo Plex, Karotte, Joseph Capriati, Kolsch and more, live artist Saytek reveals his first release for 2020 by way of a brand new EP series inspired by the release titled, ‘Live On Tour’. Featuring a selection of fresh jams recorded live at Awakenings (ADE), The Hammahalle of Sisyphos (Berlin) and the Basement Of Chapue Rogue (Prague), ‘Live On Tour Volume 1’ captures the intoxicating raw energy of Saytek’s performances with five new vibrant improvisations that organically flow with Techno, House and Breakbeat vibes.

Over the past few years, UK artist, Saytek (aka Joseph Keevill) has carved himself a reputation as one of the electronic music scene’s most innovative live acts with his impressive improvised shows. His mastery of machines (including analog synths, sequencers and drum machines, alongside advanced technology), combined with unique energy and ear for melody, has won him acclaim and fans worldwide, ever-present, offering improvised sets of deep and hypnotic techno, Acid and House jams.

We had a chat with this master about how he is filling his days as a touring artist and his fresh release ‘Live on Tour’.

Looking at your Facebook posts, it seems like you are having some fun playing around with gear these days?

Yeah, it’s nice to be able to show people my process on social media, Instagram is great for this. Normally when I am touring all the time, my equipment is always going in and out of bags, its actually hard to grab the time in the studio, where I can 100% focus on creating live music for weeks on end! This time on lockdown has really given me a chance to make loads and also more time to share what I am doing when I am making music.

Like father, like son? Buying your son some great equipment! Is he being prepared to make a huge entry as a live artist in the electronic music scene?
I have two sons, Jacob who is seven and Josh who is five, they both seem very interested in what I do with music. Jacob however, being the oldest, has shown some real attention to jamming. I could leave him for hours on my gear and he has a really good ear for arranging live! We have been playing on Ableton together on his computer and made some tracks. The next step was getting him a controller and he loves it!

As an artist now well established in the field of Techno, what initially attracted you to being a live performer rather than a DJ?

I was interested in the workings of sound from a very young age, I kind of just skipped the DJ stage, I always I loved DJ sets and wanted to create that kind of journey with all my own music!

Does your kit tend to vary much between live shows, or do you generally stick to the same instruments?

My set up changes over time, but when I have a certain setup, I always use that as I produce live music using lots of bits of hardware at the same time, so I can’t really swap and change bits! I am a believer in getting to know what you have like the back of your hand! I have just swapped my Elektron Analog Rytm and Analog Four for a Novation Peak after five years!

Have you ever designed or customized gear yourself?

Did you ever have anything break down in the middle of a show? If so, what happened and how did you overcome the situation?

Ahh yeah, its happened a few times from laptops crashing to gear breaking down to total power failure! If the show can go on it must and sometimes I have had to jam on one bit of kit while I reload the audio, but if the whole lot and the sound system is down, there is little I can do but wait!

What about samples. Do you make use of them in your sets?

I like to sample loads of spoken word vocals from Youtube and other places for my live sets, I then chop them up and process them. I also re-sample chords I make as they sound cool when played across a keyboard this way, the classic fixed interval sound. Other than that, apart from the occasional percussive loop, I program all the musical and drum parts myself and use a lot of sound design to create fx!

You have an upcoming release as well. Want to talk us through? What’s it about?

Well, my latest release on Cubism is the beginning of a series where all the tracks were recorded on tour. The first one has 5 tracks all recorded at The Awesome Soundwave Awakenings party last year at ADE, The Hammahall of Sisyphos in Berlin and Chapeu Rogue Prague. I have another EP for the series all ready to go, which will be out late summer. Hopefully, I will be able to record more in this series when the lockdown is over and clubs open up!

Saytek ‘Live On Tour (Volume 1)’ is out now on Cubism.

Working on a release takes quite some time. How long does it take you as a live artist? When are you happy with the result? What is your definition of done?

As a live artist, I am happy with the result when I see people dancing and reacting to my music on the dance floor! I don’t normally think in terms of releases, more about making my live show a journey. I then release the edited live music as EPs and albums.

What advice would you give to live artists who are considering taking their music out on the road?

Haha, that’s hard at the moment because no one can do it right now, so I would just advise them to be patient and get their name out on social media as much as possible!

What else is coming up for Saytek this year (short & long term)?

This question makes me sad because normally I would discuss all the live shows I would be doing! I have had shows cancelled at Resistance Miami, Printworks, Mysteryland, Renate Berlin, Corsica Studios, and the list goes on! I can’t do what I love and life is hard at the moment, but I accept it for the common good and to help others in society. I do however have loads of brand new live music that will be released and have been doing loads of live streams. 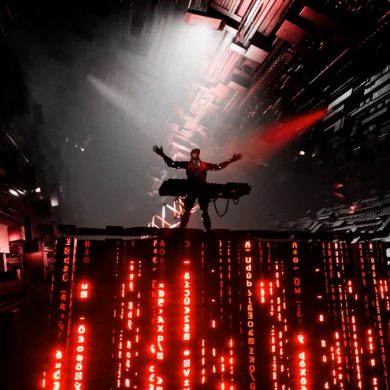