In conversation with Sifa: Depth, influences and music

Born and raised in Brussels and bred from a hip-hop background, DJ/Producer Sifa waltzed into electronic music by way of dance, landed in an underground scene dominated by a rather hard techno-leaning sound, yet unswervingly cultivated his own style.

Sifa has mastered and navigated many courses into the electronic music arena’s main playfield, but the game has just begun with no intention of calling it a draw within the tangible horizon. Together with UK-based vocalist, Oluhle and Depth family member, Ivory, Sifa recently released on the Berlin-based label, Sol Eterno, and is currently finishing a joint project with Ivory and Terranova, on Kompakt. Needless to say, #sifaishere, and he, along with all the tricks he got up his sleeve, is here to stay for the long haul.

Check out the interview below and tune into the guest mix with awesome grooves.

Hello, hope all is well? Let’s do a little retrospective as the year is coming to an end. How was 2019 for you?
2019 has been an interesting one as it was more a transition year. Meaning that I looked back at what I did previously and if I still wanted to go in that direction or do something different.

What is the highlight of the year for you?
I think releasing my first solo EP “Actarus” was the highlight for me. Even if it happened late in the year I’m glad it finally happened. I don’t produce very fast, it was a long process in general but it’s done now. I’m quite happy about it and the response it got as well.

You are born and raised in Brussels. How is it like to grow up in that city and how has the city vibe influenced you as a person and as an artist?
Living in Brussels can be pursued very differently from one to another. Most expats and tourists love it and on the other hand, I know a lot of people that don’t. The fact that it’s a very small city gives you a feeling of having seen it all.

However, since everything is so close you can get different inspiration at every corner. Living in such a multicultural city also allows you to understand different cultures, which also made me curious about different countries in the world. It’s like you have a part of the experience but not the whole thing and your only solution is to actually go visit the country.

Brussels is a melting pot of cultures. What kind of effect do the cultural differences you find in such a small space like Brussels have on your music?
Indeed it is. To me, it’s one of the most fascinating points about Brussels. You can be in two different neighbourhoods by taking a 10 minutes walk and be surrounded by a totally different kind of people.

I always had my inspiration from other places in the world. I don’t think what I play and what I produced can be related to the Belgian scene or be part of the Belgian sound.

On a personal note, I always had my inspiration from other places in the world. I don’t think what I play and what I produced can be related to the Belgian scene or be part of the Belgian sound. Having the Hip Hop/Rnb background I guess my musical taste was more towards House music.

To that extent, do you think that kind of music you grew up listening to affects the taste of music you develop today? How can we see that translate into your style now?
Unconsciously it did. My mother always used to have guests visiting us and as in every African family, the music was blasting, which was mostly Congolese rumba. Next to that one of my siblings introduced me to Sade’s music and another one with US Hip Hop.

I think until today those are music genres from which I can say I do use some elements or moods. Especially Sade. All the deep sadness/drama behind the beats of my track mostly comes from her.

Let’s go back in time. How did you cross the aisle from being a dancer to DJing? What was the spark that set the fire?
I think dancing was just something natural. Before doing it seriously I was like a lot of young kids, copying all the dance moves of music videos. You know the video so well that you can basically do it without having to look at it. After that, I started to dance for a company and later in a group.

Coming from a hip-hop background younger where people were always saying that house and techno was something for white people. Well, I was uneducated … 😀

After a few years, I had to stop due to a knee injury. At that time I had encounters with house dance but wasn’t familiar with all the house – techno music scene and history. It’s only after a trip at WMC that I got into it as I saw so many black and Latinos dancing to house music. I even remember thinking while I was at the Shelter Party, those people dancing are the age of my mother. Coming from a hip-hop background younger where people were always saying that house and techno was something for white people. Well, I was uneducated … 😀

Tell us about your collaboration with your mentor Boddhi Satva?
The first time I heard about Boddhi Satva was at WMC. I didn’t know he was actually living in Brussels until I got back home. Then we had a gig together where I warmed up for him followed by a night together in Antwerp. We then started to work together on his label Offering Recordings from 2011 until today. He became like a big brother to me.

Is getting out from behind the booth and dancing on the floor still something you consider essential for the growth of DJs?
I think it does indeed. The way you perceive the music in the DJ booth and on the dance floor are completely different. Going to see other DJ’s perform is always interesting and does boost me to do better the next time I play. At the end, you will only be as good as your last set or track.

Going to see other DJ’s perform is always interesting and does boost me to do better the next time I play.

Fill us in about your record label, Depth. What is your vision? How do you approach the releases you have on your label?
I started DEPTH because of the number of good tracks I used to receive at Offering Recordings (Boddhi Satva’s label) but didn’t fit the label. So I thought that having this label would be a good option to still release good music. Most of the time it’s the 1st release that is sent by artists to DEPTH. So it’s always nice to help others put music out for the first time.

What do expect from an artist you sign?
I actually don’t expect a lot. I just hope that after their release they can get a small boost or go further with their musical journey.

What was your biggest accomplishment & best moment to date & where do you see yourself going this current year, any big plans or you just going with it?
Releasing on Kompakt is hands down my biggest accomplishment. Finding a best moment is a little bit harder. Each and every one of them is unique and brings up a different emotion. This year I plan to work more on music as I’ve been taking it slow, trying to find the right balance: work, life, music gigs.

Releasing on Kompakt is hands down my biggest accomplishment.

Please recommend two DJs to our readers which you feel deserve their attention. Who should be on our radar music-wise — who is getting you really excited?
Definitely my fratello Ivory, we should have 1-2 tracks coming out this year. A second one is Echonomist his productions are always on point.

That being said, thank you guys for having me. Wishing everyone to end this year on a happy note! 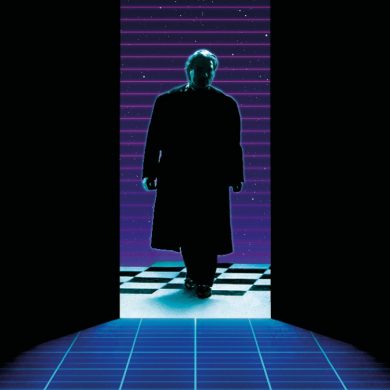