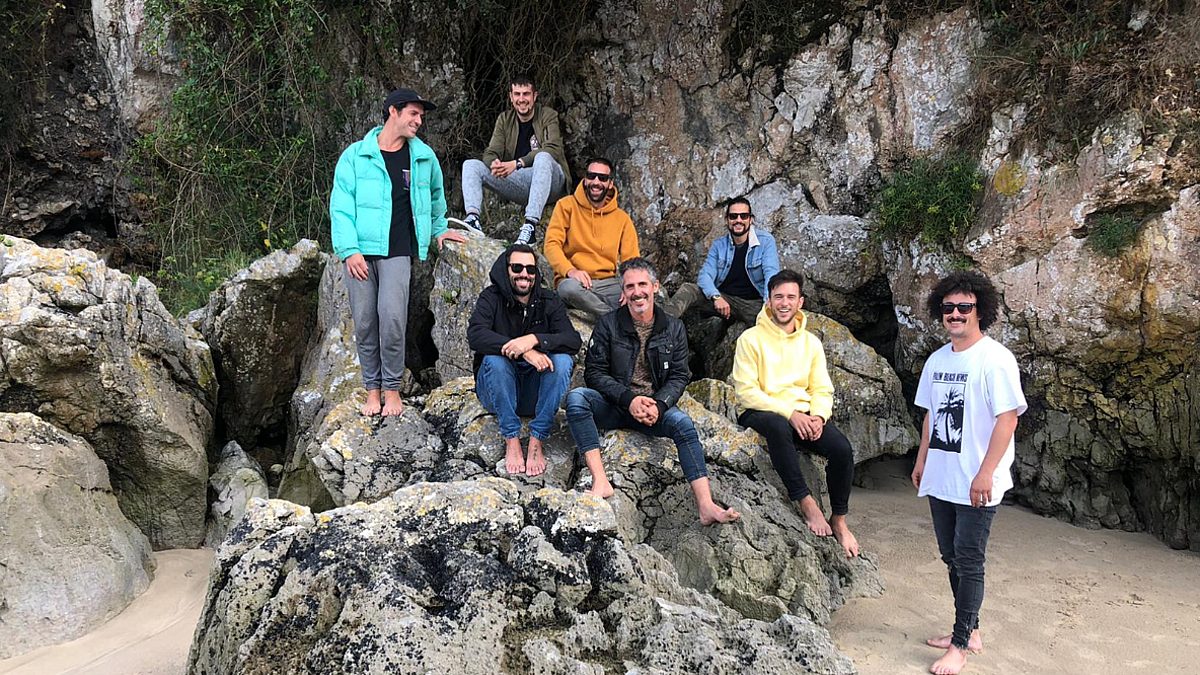 A little while ago the Intermezzo collective came to our attention thanks to one of their members, Adrían Roman. A fantastic artist who made a stunning remix for one of our releases last year. Intermezzo is a group of Spanish artists that formed the collective during the first lockdown period of 2020. Feeling the need to do something creative and meaningful during a time in which we could hardly travel.

The result is an album of 13 tracks, all recorded in binaural sound, which sounds amazing. It’s music you need to enjoy with your headphones on. So, while reading the interview below, get geared up and enjoy this wonderful art called “HOPE”.

For the album release we get to shocase on of the tracks. The wonderfull “Taxi in Lima”. Check it out:

Let’s have a talk about the collective called Intermezzo. As we believe this was a statement by one of you:

Being able to share your ideas, creative concerns and musical dreams with people from the other side of the country in the time of Covid, has been a rewarding causality that has made us grow on a personal level and gain some new friends along the way.

I know some of you on a personal level. And I was not aware of the existence. How did you guys meet and how did this collective come into existence?

The reason why you haven’t heard about INTERMEZZO yet is that we are a supernew project. It was developed only a few months ago.  In March 2020, during “The Spanish quarantine time” some of the guys who from the group, decided to meet through video calls. So, in those difficult times, at least we had the opportunity to chat, continue making music and enjoying some good moments with old and new friends. After one month of daily work and dreaming together, we became an amazing team and almost a family.

Yeah! Thank you so much. We are so happy to have such talented artists working on the team together. The idea of being only Spanish people weren’t deliberated. In the beginning, it was just a group of friends having fun, which started to get bigger day by day, until we decided to become a project. To be honest we didn’t realize that all the crew was from Spain. It just happened, it was so natural and a real coincidence.

Can it be known to the public who takes part in Intermezzo?

Yes of course. The team is mainly formed by music producers. But we should start at this point by talking about Roberto aka “Thimble” and the guys from “Animal Picnic” Dani and Iñigo, who were already good friends before. They started all the meetings and most important, “they believed in this whole crazy project from the beginning.” With them, different producers like M.E.M.O., Yamil, Enai, Clemente, Scoom Legacy, David Medina, G.Zamora, Adrian Roman and David Granha started to join the group. From this point on, we decided to work under the same name.

There are more people involved: Iñigo Otalola and UVE, who are collaborating with all the video content. And also Cristina Navarro, who is helping us to develop our brand. And last but not least our amazing art director Miki, who takes care of all the image design of Intermezzo and identity of the brand.

You are about to release 13 tracks. Maybe explain how the collaboration works.

Intermezzo has a double face in terms of identity. On one side as an artist and the other as a record label. There is a lot of work to be done. Our original idea was to work on this project beside our own careers as individual artists, to be able to explore different styles of the music that doesn’t have to be related with our day to day work in the studio. So we decided to unify our work under the same name, and also to create a record Label to release all the music that we love.

Our original idea was to work on this project beside our own careers as individual artists, to be able to explore different styles of the music that doesn’t have to be related with our day to day work in the studio.

It’s so difficult to explain how the magic happens, about making music, there are no rules once you start a track. It’s like a white paper where you can draw in any colours and figures. Usually, we like to try different combinations between artists, so we can know each other better, and also learning a lot of new things in the studio. It’s incredible how inspiration comes when you are with someone that you are not so used to work with, and your mind is open, but in this HOPE album there’s one piece of each of us, so no collaborations at all. That will be for our next works that will be coming along during 2021.

It’s so difficult to explain how the magic happens, about making music, there’s no rules once you start a track. It’s like a white paper where you can draw in any colours and figures.

The songs sound like they are orchestrated for a film. It feels like a real story. Has this been done on purpose?

One of the main rules of the group is free creativity, so in this second album, we wanted to think in a feeling which all of us had felt and lived in those difficult months. After some meetings, we decided that the feeling that kept us happy and motivated was “HOPE“, which became the main idea on each track to create our story, and also name the album.

The binaural sound only enhances the thought. I had my headphones on and played some of the tracks over and over. Goosebumps! Why this method of recording?

Yes! It’s amazing how different you can feel when listening to a binaural mix compared to a normal stereo mix. The dimension of the sound through space, it’s really incredible! It was a new concept as well, a new music perspective that we had not experienced before… Rediscovering our ears. In a way, it was something like start to listen again.

The main idea started when one of the team members said to the rest, “why don’t we try to make two binaural tracks together? I have a friend who is trying to explore this world”. So we started to learn and read more about this technology to develop the music and to build tracks. Then, we realized that there was a big increase on the binaural and 8D sound since quarantine time. So we started from 2 tracks and at the end we got 21 hahaha. After some time we met Javier, from Metrica Recording Studios in Ibiza, who is a master of binaural sound around the world. He helped us a lot, and taught all we know about binaural sound until now. He made all the mixing and mastering of “HOPE”.

We all are stereo music producers. So for us, it was an amazing experience between partners to create and develop this album. We learned a lot about binaural music and we are excited for what is coming.

Maybe it’s a good idea you guys have a chat with James Murphy & 2manydjs to have your upcoming album played on their “Despacio” setup. If ever they want to take that one the road again.

Oh, thanks for the tip! We will be checking in case they return with the project. It would be a great experience for us as a team to bring our concept to places like that.

Is there a message in the music from each of you? If so, what do you want the world to know?

Each album is a big message made up of smaller messages. On this one there are 13 messages from 13 guys who still feel that music can change minds. The intention of the first one was to share a message that helped our own awakening as humans. All the bad things that are happening in the world every day, everywhere. We must understand who we are, and what’s our role in this world. As long as we don’t think about it, we will keep destroying our planet, life and destiny. We must try to change the collective mind with “Hope Messages”.

We know that these are very strange times for humanity, but we must keep hope and trust, that being humble and kindly with others and the planet, will fix this bad situation we all have now.

Looking back at 2020, it was a shitty year in some sense. But some used the time to be (very) creative. This project is an example. How do you all look back at this strange year?

Obviously, in terms of music events, it is more than clear, our industry has been directly affected. From clubs to festivals of every different style of music, this period has been crucial for all the people. Luckily this situation has given us the chance to create this project where we can explore these new sounds and emotions, but in a different way than we used to do before.

What’s next? Are you going to wait what the public has to say or will there be more music by Intermezzo?

The name INTERMEZZO is growing so fast for us now. As individual artists, we are preparing more music and also a new album, which the main concept of it started during someday we all spent together in the north of Spain.

So far, we have released only binaural music, but we are also looking forward to releasing stereo music. We will do it along this year.

As INTERMEZZO Label, we are keeping in mind to release experimental tracks but we would also love to release dancefloor music. So we will divide our label into 2 big parts, Binaural and Stereo. This way we can explore both sides and release all the music that we like without depending on whether it is stereo or binaural mix.

Our next planned release after will be a remix compilation from our current release “HOPE”. It will be on March/April 2021 on Spotify, Apple Music, Tidal and also on Beatport as it will be a dancefloor-oriented EP. We will keep you informed.

Thank you for these interesting questions 🙂 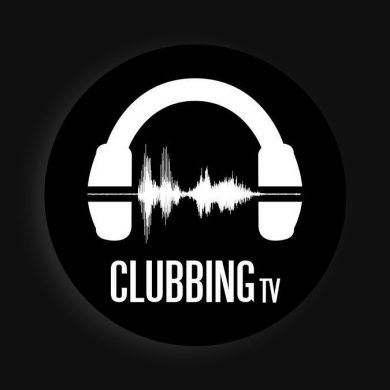