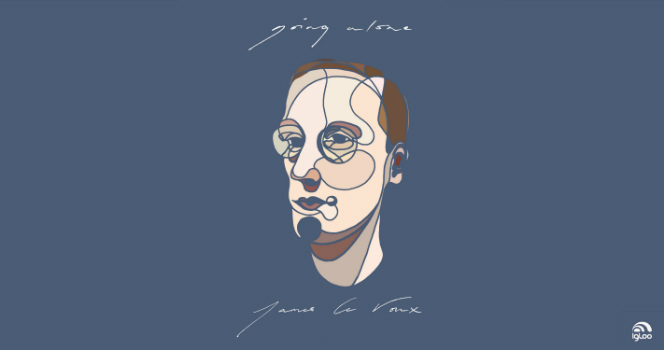 This new interview is with someone we have been following for quite some time now. It’s with Londen based producer James Le Roux who just released his first album ever. Last year there was an EP called ‘An introduction‘ and was released on Altered Bells. It contained 3 fantastic melodic techno tracks with a deep vibe. Hearing his new material, we are impressed with the progression he has made.

So, James, it feels like you have been pushing your limits. The sound is more intense and your tracks feel more structured. Still, you kept true to your own sound with that dark progressive and melodic touch.

Can you tell us something about what happened in the months between the 2 releases?

The first 3 track release on Altered Bells was in a time when I was very much still trying to get my foot on the first rung of the ladder in both my production and in exposure to some sort of outside world of listeners. The ideas I was coming up with back then were, although still melodic and progressive, raw and over complicated I feel and not too elegant. This skill only comes with practice and more practice, so I locked myself up in my room, invested in new equipment and practiced pretty much none-stop. I came up for air, slightly, when I started to get some attention from certain labels. Igloo-Rec of course being the one for this release.

Can you tell us something about your new release?

It’s a long-player that basically highlights the journey of my development through 2014. It progresses from the more ‘poppy’, animated melodic techno to a roughly deeper and darker type of music which I think reflects the mood of my production’s these days.

Why 8 tracks? Why not split the album into 2 or even 3 EP’s for example and have some remixes made for your tracks?

I was originally going to start with just an EP on Igloo-Rec, but due to the nature of the last year I decided to catalogue my best works from that time, where it was pretty much just me and my little home studio. A labor of obsessions haha – luckily Igloo were on board with the idea too. For the immediate future I’m going to concentrate on EP releases.

‘Going alone’ has been around for quite some time now. What were the reactions on that track and why did you decide to have it on the album?

So, It’s a little different (to the rest) in that it leads with a guitar and has sort of an 80’s/90’s riff driving the thing, mixed up with a heavy-minimal beat. Dilo described it as The Cure meets Villalobos’ Dexter. I’m happy with that reaction!

We believe you have found your own sound. The ‘James Le Roux’ sound. Tell us something about your style.

I keep saying this, and I think it holds true for every young producer; I’m still very much in the process of finding my sound. Of course where it is at currently treds the line between dark melodic techno, not too heavy in beat though, and deep house. The tracks Crapehanger, Take The Time and South Sentimental are a glimpse of where I’m taking my compositions in future work and for this LP are my personal favorites. More subtlety and arrangements that tell more of a story.

It’s not so much of an outright decision in ‘genre’, but more what has come naturally – especially in the leads, riffs and harmonies. Electronic music speak to me the most, in particular four-to-the-floor house and techno, which keep a crowd hypnotized and in unison till late in the morning – boom!

Do you think that the kind of music you grew up listening to affects the music you develop now? What were your past influences and how can we see that translate into your style now?

I definitely think the music I listened to from the age of 18 onwards has had a huge impact on my own work today. Boards of Canada, Dominik Eulberg, Pantha du Prince, any of the more leftfield house and techno people. When I was younger I was completely into rock music, like The Beatles, Nirvana, R.E.M., Led Zeppelin – guitar led music. Throughout University years I was a jazz guitarist in a big band and some quartets. I believe these are all strong influences in some way to my style now. The jazz has helped me in developing melody and harmony. Also, I’m finally now working with my guitar in all new pieces that I create. My Fender Strat was an extension of my body for about 8 years when I was younger, I’m glad to have it back 😉 So watch this space…

Where do you draw your creative influences from?

It’s a mixture of producers, bands and styles that I’ve taken onboard throughout my youth and very much today. Along with many, I’ve been a big follower of Boards of Canada and their haunting melodies and dream-like feeling. I’m very much a fan of Dial records and Kompakt too. I like the more introspective house or techno track

What is your favorite piece of equipment when producing?

Are you going to play & promote your album somewhere soon?

I’m going to be playing with an exciting night in London called Warm-Up, first in an intimate event and then hopefully at one of their main events. They share a similar passion in melodic, deep and leftfield house and techno music and also like me are in the beginning of their journey into the London scene.

Now some personal questions. Describe yourself with 3 words.

Which 3 words would your friends use?

You were just told that the world will end in 30 mins during your DJ set, what would be your last 5 five tracks?

A bit of weird mix, but hey…

Thank you for your time & good luck with your record. 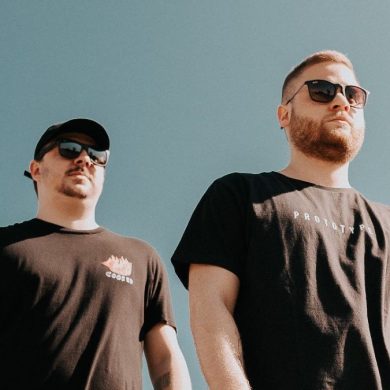