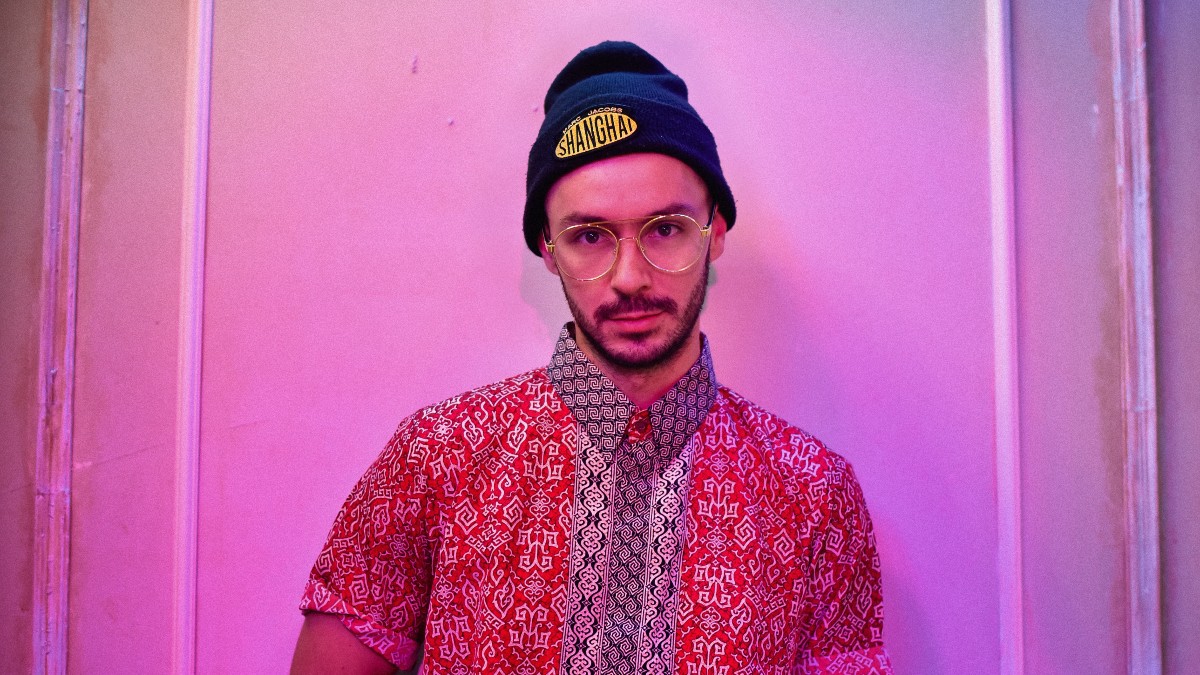 Pavel Petrov hails from Bulgaria and is a key artist in his native scene. As well as his DJ sets and thrilling productions on the likes of  Glasgow Underground, Suara and Lapsus Music, he runs the EXE Audio label, as well as a party of the same name in Sofia.

In this interview, he tells us all about that as well as giving some insight on his new debut album “Youth” on his own label on October 1st. It is a rich affair that takes in techno, chill, ambient and much more. We also speak of the lockdown, collaborating and much more.

“Youth” is out for grabs on Beatport. Get your copy.

How are you, what’s good and bad in your world right now?

I am doing great, considering everything that is happening in the world, I am doing really well. My world is always connected with EXE – the bar, the club and the label. EXE on the other hand is my favourite chill zone. I’m united with all my family and friends there. The bad thing is that I miss travelling and discovering new places, clubs, festivals,… I’m still getting booked though, all around. Last week I was in Turkey and going to India mid September but with the pandemic, everything’s a bit more complicated in terms of travelling.

How was the lockdown, where did you spend it and how? Did you make much music during this time?

To be honest, it didn’t quite get to me, as I was 100% focused on my music. I got the idea for my first solo album on new years eve and locked myself in the studio until it was done. By then everything was opening up a little bit, and I could start Djing again.

Tell us about your journey into music and the clubs, labels, DJs and experiences that made you into the artist you are?

I cannot hide that Maceo Plex was my greatest inspiration in the past. I can listen to his production all day long and it’s never enough. As for the club experiences, I usually avoid these painful backstage small talks. It’s just that you can’t enjoy the music and the vibe while someone is “spitting” and yelling in your ears”, and then another one, and another one etc.

Can you tell us a bit about the scene in Bulgaria and your role there?

I believe me and my crew have contributed a lot to the development of the local scene. Every single one of our events called “episodes” brings its own character. People really appreciate it when you put a lot of effort into each and every detail and they keep supporting you for it.

Can you talk us through some of your favourite tracks on the album?

All of my tracks tell a different story, each one of them representing something different. “Astro” is an 808 breakbeat that brings you to that weird reality we are living in right now but also shows you the right path. “In Existence” is every dancefloor destroyer, “Youth” is that typical deep house from the past which can be a great closing track or a Spotify playlist favourite, but I guess every single listener or DJ will find himself in most of the tracks because they all bring a variety of vibes.

Preview the entire LP on Beatport.

Did the lockdown have a role in the production of this album?

Yes, it helped in the sense that I just focused on that and gave it my full attention. Most of the tracks are influenced by the lockdowns, especially “Astro”. Give it a proper listen, you will find out how. I can say “Jasmine” is a techno bomb but it’s influenced by these heroic thoughts born in the lockdown again when I was thinking and hoping for a brighter future with impatience. All of them, except “Society” and the remaster of “EXE” I suppose.

There are a lot of collaborations on the album – how did you decide who to work with and why?

“Help Me” is an interesting collaboration with the german duo Kai Anschau & Mallory N. I found one of their sexy tracks in one of Maceo Plex’s sets. I was amazed by the clean beats and the sexy mystic voice of the girl. I haven’t planned to do collaborations but one morning it just occurred to me that it would be a great idea to invite them to work together on a project so it’s what I did and they accepted. I think it’s a very different track that people will appreciate. I believe DJs would also appreciate it because it’s one of my secret weapons for every dancefloor.

What’s your opinion on ghost producers?

This is the new “normal” but I consider it as “cancerous” for the industry. There are so many newcomers with ZERO experience as DJs and they’re just good Instagram influencers. The good thing about these “stars” is that most of them vanish from the scene within 1-2 years, but new ones keep popping up. I am trying to move to a nightclub, beach bar, Elrow in 2 countries, a festival in Greece, and it’s still a shame for me to “rent” a ghost producer for my work. I don’t think I’ll ever do this. Unfortunately, most of your favourite “superstars” are using ghost producers.

There are so many newcomers with ZERO experience as DJs and they’re just good Instagram influencers. The good thing about these “stars” is that most of them vanish from the scene within 1-2 years.

And what do you make of DJs who played so-called plague raves during the pandemic?

The coin always has two sides. The times we are living are super informative and the opposite – miss informative. We don’t even know what’s really going on out there. The information flow reaches ends with the news and the internet. I’m not saying I don’t believe in Covid but I don’t think it’s exactly as they say. There is a chance with all the lockdowns and the super slow jab process to accidentally give more time to the virus to become more deadly. I believe that is when it’s gonna be really tough for everyone. Anyway, I do support illegal parties because partying is the cure for sadness. A lot of people just need to have fun so they can feel alive, with or without plagues.

What lessons do you think the scene should learn from the last 18 months?

We need to learn how to survive. We are the first ones closing and the last ones to open. People don’t care much about us but when we open we are #1 again. I can take that. We will be saving money in advance just in case so that our business can survive until mid-2022. I guess after that everything will be alright again if there are no new mutations.

How did your collabs work? Were they online or in-person? What impact does that have on the music itself?

It’s always hard for me to work with another person in the room. I can be 100% myself then I can share and exchange the project a few times. I still prefer to finish my collabs and do the final touches.

What’s next, what else are you working on outside of music that’s keeping you busy?

Nothing new for me but big projects are on the map for the next few years. Who knows, perhaps we’ll open EXE in other destinations.