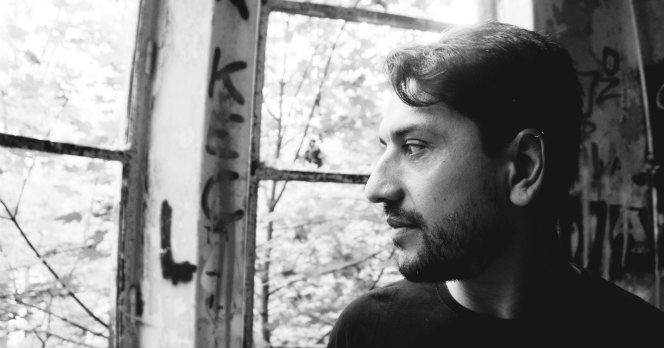 As a self-taught musician, Alex Cabrera started to experiment with music at a very young age. After having spent six years of conservatory studies, his music flourished. Alex Cabrera’s style can best be defined as a tech house sound with groovy bases. He performs exclusively live and also singing in Live. He has produced for: Mindshake Records, Oslo, Bla Bla Music, Great Stuff, Amam, Time has changed, Sleep is commercial, Monique Music, and many more…

Today he is here to talk about his fantastic upcoming work on Ray Okpara’s AMA Recordings. Enjoy the read and our premiere of “Fris B”, a wonky funky work-out.

Hope the summer is bringing you only good things. How are you?
Hi there! I’m good, just recovered and back to life after a long and fun set of 4hrs at Sisyphos last Saturday.

For the people reading this who haven’t heard your music before, how would you describe your style, and the key elements that define it?
I mostly prioritize groove overall, selecting what I understand as the perfect balance between drums and bassline. Then I try always to add harmonic elements such as chords, pads, arpeggios, vocals (most of the time i record my own vocals) or percussions with melody connotations. I grew up listening to pop songs in general (from Depeche mode to Nirvana) plus my 7 years studies at the Conservatory made me emphasise those elements that make you remember a song.

I mostly prioritize groove overall, selecting what I understand as the perfect balance between drums and bassline.

Congratulations on your upcoming release, “21”. Please talk to us about it and the inspiration behind it!
Something really strange happened with this EP because normally I release music that was made in the same year (or at least in the last 5 months before the release date) but this EP has tracks that I recorded about 3 years ago. Since then Ray Okpara was playing them a lot and he told me to keep them for a future AMA release. You know, sometimes agendas and schedules are a bit complicated so at the end this EP was scheduled to be released at the certain point of this year. What I am saying is that even if the songs were made years ago I really love the idea of “timeless”, and every time I play these songs in my gigs or I listen to them on somebody else’s set they fit perfectly with “contemporaneous” tracks.

Maybe tell us about the creative process? List any specific equipment you’ve used to bring these sounds to life?
For these tracks, I remember using this sort of technique of limiting myself to a certain amount of channels to record. For instance, I wanted to make basic tracks, with few elements and squeeze the maximum of every channel. Plus I recorded all the arrangements as Jam sessions, everything in 1 take (sorry Mastering engineers, I know how much you HATE this technique! Because there’s no way to fix something in the mix). So basically I’ve chosen to use only 8 audio channels in the analog mixer (Allen & Heath WZ16:2) plus 2 Send/Return FX. Most of the drums I programmed them with Korg Electribe ER1 (an amazing and endless Drum machine where you can get from kick drums to snares, hi-hats, toms, you name it…), in those years I used a lot a Korg Microkorg Mk1 synth, so all basslines, Arpeggios, pads, and chords were programmed and recorded with that lovely little synth. For the FX I used a really cheap FX unit called Alesis Quadraverb, plus some Mixer built in FX.

“21” will be released on Ray Okpara’s AMA Recordings. How did that collaboration come about and will you be working more with this team moving forward?
I know Ray for about 6 years already, so I kind of always send my stuff to him to play it in his sets. So it was really natural and a matter of time until he decided to sign something from me. And I want to say that I’m more than happy about this release, I love all the “Mannheim guys”, they are always such an inspiration when I record beats. Working officially with him now is really lovely.

I want to say that I’m more than happy about this release, I love all the “Mannheim guys”, they are always such an inspiration when I record beats.

How does a typical day in your studio look like?
Cables, cables, and more cables crossing everywhere. I’m not so organised when I record, but I love to tidy up the studio now and then (at least to have it visually clean for a couple of minutes). For example, what I usually do is changing the place where I set the machines on, or I change the distribution of the modules in my modular system in order to force myself to think what I want to use. Because if I already do something by heart it means that I’ve done it several times before and to me, that’s not fun anymore. I don’t own many machines, but I like to squeeze the maximum from every piece of hardware. Every machine has its “sweet spot”, it’s the easiest and fastest place to go, well I like to go further so I might be getting “tom sounds” out of a synth that is supposed to make pads! 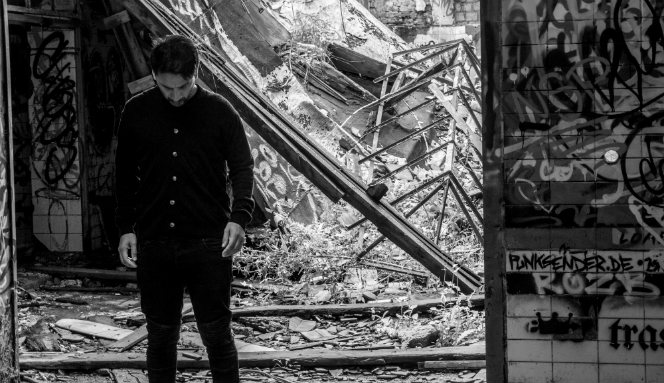 Have you ever hit roadblocks with making music? If so, what have you found to be the best ways to overcome this?
Oh, yeah, loads of times. But first of all, I want to say that I’m lucky because when I’m inspired I record a lot of tracks (I might finish 3 tracks in 1 day for example) so when I have these blocks I don’t make a big deal out of it because I’ve got enough material in my back. However, in those moments I use these moments to do paperwork, like taxes for example … it’s the most boring thing I can do! So I don’t know if it’s only because I just want to get out of that situation but in those moments I start getting ideas like singing a bassline or making rhythms with a pencil. So I think that basically, my trick is to do something REALLY boring in order to force myself to have fun again.

I want to say that I’m lucky because when I’m inspired I record a lot of tracks (I might finish 3 tracks in 1 day for example) so when I have these blocks I don’t make a big deal out of it because I’ve got enough material in my back.

What exciting news do you have in the works for the coming months?
Well this year so far I released some music in labels that really respect like UDIG, SALTY NUTS and AMA, and I still have some more eps to be released that I’m looking forward to. I have a solo EP on Priku’s ATIPIC in a couple of months from now, then I just received (literally NOW while I am answering this interview) a package with the Test Pressing from Archie Hamilton’s Moss.co (this EP is a collaboration between my very good friend Hanfry Martinez and myself) and will hit the stores in August.

TGMS: looking forward to that!

What, according to you, are typical mistakes people make when trying to pursue a career in the music industry? Especially when you are a self-taught musician, you must have encountered pleasant and unpleasant things?
Well, lately I noticed that people who are starting and want to make a career out of this are out of patience and also they have ZERO tolerance for frustration. We make music and like art, in general, there’s a lot of room to subjective opinions, I always bring this example: There are people who don’t like The Beatles (to name one) and they are the greatest and biggest band in history, so how can you expect that EVERYBODY will like your music. Honestly, it took me a while to understand this but since then I feel much lighter when I send my music to people.

We make music and like art, in general, there’s a lot of room to subjective opinions.

Your skills in the studio are perhaps what has gotten you the deserved recognition you’re now enjoying. What is some key studio advice you would give other aspiring producers?
READ MANUALS!

More great interviews on our website. Check them out »