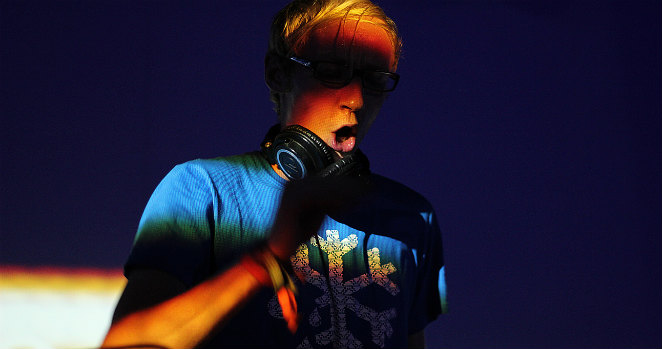 A word with label owner Romain Favre about Elektrotribe records

Romain Favre started playing music at 6 years old as a drummer, marked by 10 years of involvement in the French metal stage. Since then he walks on the path of constant improvement. Always deep and dark, he removes the hearts and souls with his minimalist techno. A strong techno beat, precise and acute; serpentine synthesizer melodies; a hate of obvious structures; destabilising noises: all an atmosphere that he creates, to make the listener rise from ecstatic heights to the black depths of human spirit. More than a DJ, he’s a real creator, a true artist with a vision and a goal: transform music and let hearts shake.

The man behind Berlin label elektrotribe Records is also an active part of the Berlin legendary Sisphos club and a prolific electronic music producer, Romain Favre aka Moog Conspiracy has a tough discography including more than 200 tracks & remixes and 3 studio albums.

Time for a chat with this versatile master running Elektrotribe records. 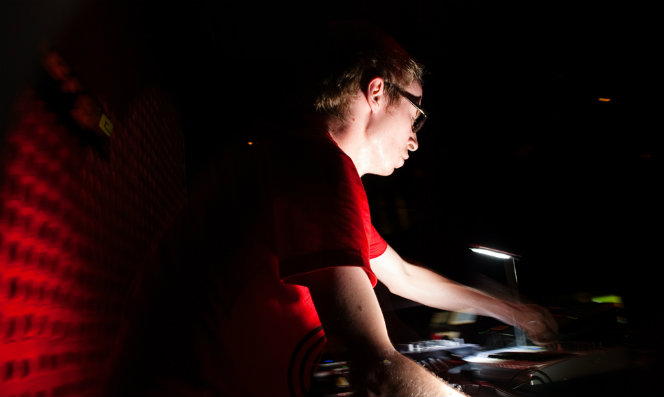 How are things these days?
Hello and thanks for the invitation. Things are well; it’s a very busy time for me.

You run a record label called Elektrotribe. Tell us about the background and concept of your label?
Indeed, I started “elektrotribe” with a friend from Paris, Jeremy, back in 2006. The label project came out of a will to create new “unheard music” that would bring some new air to the scene. It developed afterwards with my
love for electronic music and the evolution of my artistic tastes that go with my project called Moog Conspiracy.

When did you start and what was the motivation and process?
We started the label in the summer of 2006. The idea behind elektrotribe was to create an artist community with the help of the internet. The first concept was a blog where artists could exchange projects and samples and share their vision of one track. The idea was to work on music together and create something together. 12 years later, we have released over 100 records, the 100 release came out this year, it was a big milestone for us. The history of the label has been very influenced by my personal experiences as an artist, the people I met on the roads, the touring, the music making with other artists…

The label is since the beginning and is still my main motivation to keep on doing what I love and support the electronic music scene. It is an extension of the music I create as an artist and the music I play in clubs. It goes further than picking up a record and playing them to a crowd, as we can craft our own records.

What’s your aim with elektrotribe records and what direction are you currently heading for?
We aim at releasing amazing music, revealing new talents & support our artists in building their career and
make a part of the road with us. We have just started a new various artist concept, that we believe matches
better the market of techno in 2018. The new compilation is named Tribes and is a series of Eps that we create together as a collective of artists. Each release gathers 4 tracks by artists of the label and new artists
whose music we love. Tribes also give a new space of expression to release collaborations between artists. It triggers a creative impulse to the label right now that is really amazing. Musically we are going for something Technoid, hypnotic and trippy, I think we can talk of the dark universe as well, the music is made for the clubs and festival and is thought to be listened to in your everyday life as well.

Do you focus on one specific sound or are you open to explore multiple genres? Is there a music policy on the label?
We are open to exploring new genres. We are all the time looking into new musical ways. To create something new we need to explore the boundaries. The key for a track to get signed on the label is to creatively bring something new, original, and different from what is currently played in a loop in clubs; it has to be touching, to make us vibrate and to find its place in the musical universe of the label.

The key for a track to get signed on the label is to creatively bring something new, original, and different from what is currently played in a loop in clubs.

What do you have planned for the near future and what are your long-term goals with the label?
Right now we are putting a lot of energy on the new VA Tribes, I spend a lot of times listening to demos,
and searching for new music & talents. We are preparing a few artists Eps and collaborations, remixes. We
are also planning new Label showcases in Europe.

If you could snap your fingers and dramatically change some aspect of the music industry, what would you do?
Invent a system that sends music randomly to any listener in the world to break boundaries between genres and create new meetings between artists & music lovers.

What would you like your legacy as Elektrotribe to be?
Elektrotribe is for me something very alive that has its contribution in crafting the electronic music scene
since the middle of the 2000s. This is especially the case in Berlin as it’s our base and in the countries
where we have toured. I really think more in terms of what can we do now, than in terms of legacy. For example, how we can help the artists to grow their projects and how do we fit, what will be our role in the future of the scene? If we can make the music better we will continue to work hard.

Like what you are reading? Please check out the other great interviews we have on our website. Check them out »