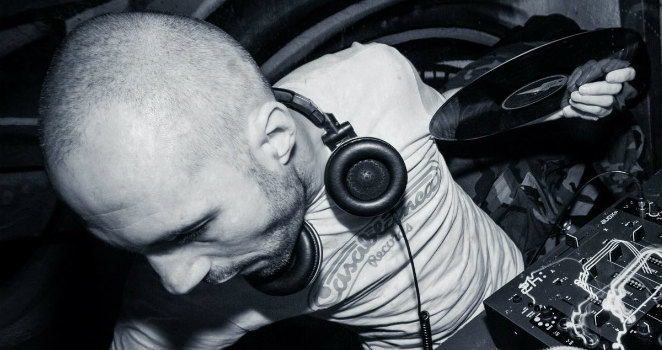 Label Spotlight: Al Bradley about his 3am recordings

Running a label these days is no walk in the park. Running one over the past 15 years, well, it goes without saying that that’s a different matter entirely. One man to do exactly this with some distinction is Al Bradley, whose 3am Recordings label is about to celebrate a decade-and-a-half of inspiring house and techno cuts. So what’s the secret to the label’s longevity and how did it get to this point? We put some Qs to the man himself recently, and here’s what he had to say …

3am Recordings is now 15 years old. How did it start? How has the journey been? What have been some highs and lows in the label’s history?
Originally it started in Manchester, before moving over to Leeds shortly afterwards. It’s been a long and sometimes difficult journey! The change in buyer/DJ habits from vinyl to digital had a big impact in the middle of the 00’s, not just for 3am but for many labels; I lost a lot of money through distributors closing, which led to the move to being a digital label for a while. However for me, vinyl has always been the format I wanted for 3am (as it was originally) so the move back in 2015 to 12″ seemed right for me.

For me, vinyl has always been the format I wanted.

So yeah, as a highlight, that was definitely one – I never thought I’d get the label back onto 12″ really, so to do that and have it be successful has been hugely positive for me. Particularly as I did it with no “big names” for the vinyl relaunch, which was always the ethos of the label. The other obvious highlight was the label 10th birthday being hosted at fabric in London – that seemed like a real confirmation that 3am meant something and all the hard work over the years was recognised by such an important dance music institution.

The other obvious highlight was the label 10th birthday being hosted at fabric in London – that seemed like a real confirmation that 3am meant something and all the hard work over the years was recognised by such an important dance music institution.

Has your vision for the label changed much since you started out? What would your mission statement be today?
As it happens, the vision for the label has moved pretty much back to how it began – trying to use artists whose music is quality and not just looking at whoever is currently “cool”; particularly for this 90th release, it’s a combination of artists who have previously featured on 3am (Ceri, Moodymanc & Twisted Puppies), along with an artist (Michael Lovatt) who has been a friend of 3am for a long time. So it’s a showcase of label people. Also, Twisted Puppies have never featured on 12″ before, meaning across the last three vinyl releases 3am has given four artists their debuts on wax, which is something I’m really happy to have done.

What releases on the label are you proudest of?
Wow, it’s a difficult one to answer! From a very personal perspective, the last “Night Owl” release (TAM089) was a special moment, as it was my own release, on my own label, on vinyl! So that was, of course, a moment for me. But there are many really – Carlo Gambino’s release for TAM050 was a great release and highlighted such a big number of releases. Makka & Howard Sessions “The Re:Tweak EP” (TAM044) is perhaps my personal favourite own-artist EP on the label, as it reminded me of tracks which would have sat perfectly on Paper, Toko, early 2020 Vision, Glasgow Underground etc, which were the labels which inspired 3am originally. Also, while it’s an obvious one, the TAM088 vinyl which was the relaunch; I was told repeatedly that I couldn’t make the 12″ work “with no big names”, but it went Top 10 on Juno’s deep house chart & had so much support, which was a real vindication for me and why I wanted to do the label that way.

Many artists have gotten their start at 3am. Who would you be proudest of when you see them today?
Well not so much the very “start”, but definitely as featured artists/remixers early in their careers I would have to mention Denney, Lee Walker, Carlo Gambino, Pete Dafeet, Joe Morris (of Clandestino), Hamza and Matteo Floris all were on 3am very early on & it’s so good to see names like this doing so well now, as it’s fully deserved. Looking at artists whose first ever releases were via 3am, then the two who stand out are Ceri (who will feature on the next 12”) whose star is really on the rise now and Roland Nights, who has become a real “go-to” name for a more US-house vibe and is consistently featured by DJs whose sound leans in that way.

Who are some of the up-and-comers on the label at the moment?
The main names who’ve really risen up in recent years would have to be Ceri, as mentioned before, plus I think the Kitchens Inc. guys – Marcus & Chris – can also really push on, as they have a really interesting take on house, which again I feel would have fit on any of the ‘classic’ UK deep house labels from the mid-late 90s and early 00s. It’s also been great to see the response to Michael Scott’s tracks on the last two 12”s; one was an original and one a remix, both got excellent feedback and I’m looking forward to checking his new stuff soon.

Is there anyone you wished you’d had on the label but missed out on?
Yes and this is a sad one; around 18 months or so before he sadly passed away, I’d been speaking to Kenny Hawkes and he’d sent me some tracks for consideration. We were in the process of sorting out what to go with, but then the contact between us dried up and I wasn’t sure why until I learned some months later of his illness. I’ve just put a bonus digital release out which features an old remix he did back in 2004 (not for 3am), but he was an artist who I’d really wanted to feature in an original-music form, but sadly it never came to fruition. He was a real influence too and remains so to this day.

Flipping this around, is there anyone you were sure would make it but didn’t?
Not so much in artist terms from the label; there are some who have started out and then decided to go onto other avenues instead of music etc. There are definitely releases where I’ve invested money in remixes by well-known producers, which haven’t done anything like what I expected! In a sense, it’s that kind of thing which contributed to me moving back to vinyl; it felt like the digital market was so hugely crowded that even with a solid remixer of repute and plenty of £££ spent, if your release isn’t spotted then it drops into the well of all the other unseen releases out that week. The vinyl side of things seems to be much more democratic, as there are fewer releases each week and people seem prepared to check out artists they’ve never heard of and labels they’ve never heard of. I guess that may be a bit of a generalisation, but it certainly seems to be the case, from my experience of releasing via both formats.

Do you prefer running a label or producing your own music?
Both have different appeals; having run the label for a lot longer, I have experienced the highs, lows and now highs again! And spend a LOT of my own money. But it’s something which I’m fiercely passionate about, plus I do take genuine pride in feeling that I’ve helped (in some way) a decent number of artists either right at the start or early in their careers, or perhaps a release on 3am has got them noticed by a bigger label & led to something more for them. Not every label can be Hot Creations or Spinnin’ or any of the other really big labels – everybody needs an initial place to get that first step and I do feel like 3am, along with other similar size labels, have helped people do that. Producing is a different beast! I really do enjoy making tracks, obviously, it’s brilliant if things get signed and you get remixes offered and so on, but the process itself is just a great thing to do. Particularly as I don’t really have a set “sound”, as I’m influenced by lots of varied music. So I might think I’m about to make something deep and spacey at 122bpm and it ends up as a 116bpm warm-up track or whatever. That’s part of the fun. I’d be bored if I was just trying to make the same thing over and over!

I do take genuine pride in feeling that I’ve helped (in some way) a decent number of artists either right at the start or early in their careers, or perhaps a release on 3am has got them noticed by a bigger label & led to something more for them.

Do you find it very different to be releasing your own music on your own label versus releasing your music on someone else’s label?
Short answer is no! Doing both gives the best of both worlds, so I’m happy with both. It’s such a pleasure that other people ask me to do stuff for them, so yeah it’s no difference to me really. I’m trying to go more for original tracks as opposed to remixes overall (as I did a pile of remixes a few years ago and in reality, they stopped me making my own tracks!), but overall I’m happy with how things are settling in right now.

Do you see it as important for 3am to encourage the local scenes where it operates?
Yeah for sure, I think that’s something all labels feel a bit of a duty to do. It’s very prevalent in Leeds; there are lots of producers, DJs and labels, all feeding to the local scene. I’ve had 3am parties at several venues in the city for a long time. The main one is Distrikt where I’ve been involved with events for almost a decade now, plus more recently the 212 venue, which has a focus on vinyl DJs and has a great vibe. Both those venues are excellent examples of ones which support local acts and labels, so the labels are always keen to give back to them. I think that’s a very noticeable thing in Leeds, it’s a bit of a cliché but there is a definite community and people support each other’s releases and parties where they can.

3am Wax Volume II (ft. Ceri, Dubble D (AKA Moodymanc), Michael Lovatt and Twisted Puppies is out in June on Al Bradley’s 3am Recordings .

Find out about more great artist and labels on Tanzgemeinschaft.