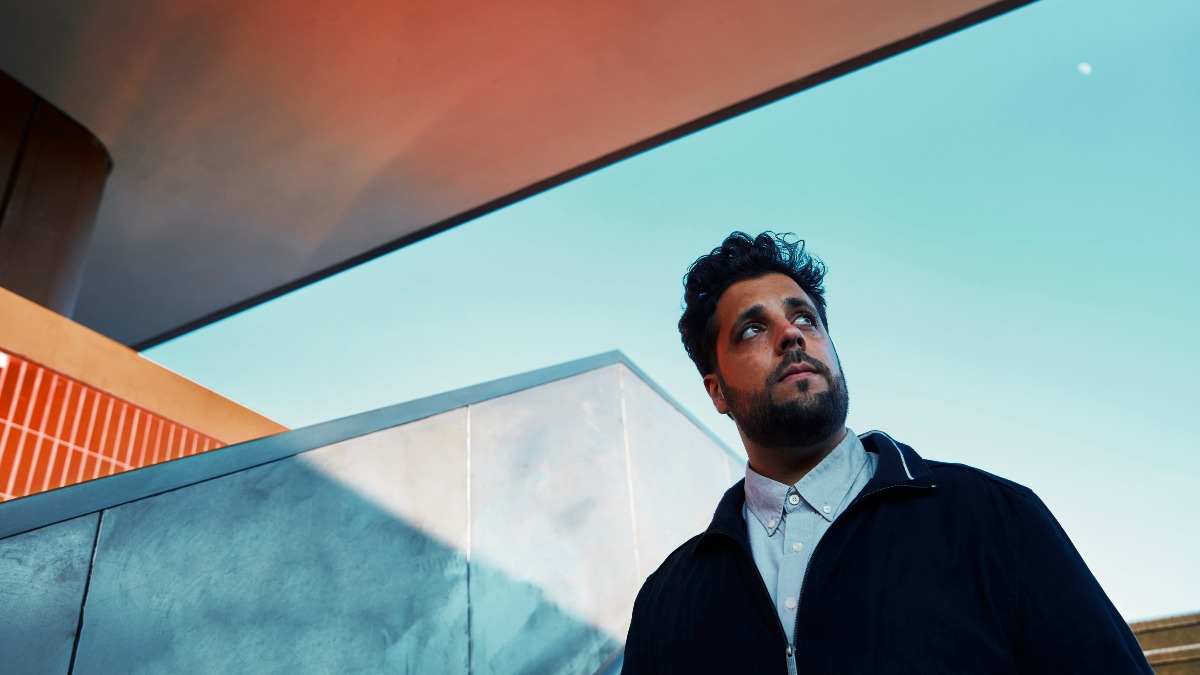 There are a few artists who are surrounded by a very special aura. An almost visible radiance, which is at least audible in the productions and sets to perceive. Without question, Luca Musto from Berlin belongs to these special characters of our scene.

His passion for the special in music touches souls and bodies alike. Smartly he moves through genres like a bird through the clouds. He fuses jazz with slow-house, hip hop and downtempo without losing sight of the big picture – the groove. Like a steady heartbeat, the groove pumps in Luca Musto’s releases and takes the listener on an exciting journey. This is also the case with his latest single releases, which all hint at his soon to be released album “Nice Place, Bad Intentions” on Feines Tier. An incredibly beautiful masterpiece, which is the motivation for our chat with Luca Musto.

Making an album often takes a lot of patience and discipline. How did you overcome the challenges of the production and creative process?

Making my own album was always in the back of my mind somehow. I worked with some Hip Hop artists and bands over the years producing their records and albums and I always loved the process. Actually, I wanted to enter the parquet of electronic music with a full solo album in the first place. But I’m glad I took my time to let things evolve and as we always keep learning, the outcome profits big time. So, honestly, the production was not a challenge at all. As soon as the pandemic hit the world last year, I knew: now’s the time. And I just made the best out of the situation.

I took it as opportunity to get into the groove and go with the flow.

I was lucky enough that inspiration hit me, so it was a flowing process.

Hip Hop meets downtempo also soul, jazz and other varieties of music on your long-player. Do you think in genres at all and what do you think about limitations?

I’m very genre-driven, yes. I like to think in genre’s – I always did, since I started recording and therefore naming tapes in the late 90s. I’m always curious to explore, but I have limitations, too. Hard or extremely heavy, pitched up music can drive me crazy, for instance. So I try to avoid it, but have respect for the art. Ever since I recorded and mixed rock bands, I know the studio struggle.

You also worked with live musicians for your album – how did that work exactly?

The main part of the live recordings happened with my studio musician and guitarist Simon from Cologne. Right before the lockdown here in Germany, we happened to have a session in my studio in Berlin and recorded several licks and parts, which I overworked and arranged, produced later on.

Fabian, the trumpet player from London sent me his files online after having a chat about the mood I wanted on the specific record. Same happened with Johannes on the Bass Guitar. It’s a digital world after all, I’m extremely glad to have had such amazing musicians working with me.

Your album has a real told coherent story that takes place in Berlin, where you live. How did you come up with the idea?

I always liked the idea that an album should be a real journey, something meaningful, with character and context. So the album story integrates real happenings and stories from friends and family, not all of them actually happened in Berlin, but they’re part of my background. It’s pretty much a reflection of my state since I’m living here, too. It’s all about party and bullshit. And party. And bullshit. Nothing against it, but I want to dig deeper, finding the city’s soul and heartbeat. All my encounters here eventually led this story to glue together perfectly while I was thinking about the record’s concept.

Your musical sets are a little different from the album sound – or how would you describe it. What distinguishes DJ Luca Musto from the producer and his output?

Yes, that’s true – but I’m keeping the balance I’d say. Still, when I play records for people, I’d like to show them something special. Something that is my vibe, straight from my zone. It can differ from time to time but it’s always about the feel and the situations when I play.

Whilst producing is a very introverted thing to do if you don’t happen to be surrounded by musicians. Yet it’s so fascinating how this introvert act can have such an impact on a lot of people. I just try to reflect the mood I’m in while I’m writing a piece. I always did it this way; making music is still the purest form of inner expression to me.

When you are not spending time in your studio or on tour – how do you spend your time – also in terms of refilling your creative batteries?

I listen to records! Just joking (I do, though), I play basketball and started running a lot again since the pandemic. I also try to meditate and read as much as possible, too. Trying to have a balance for body and mind. But what brings the most up in me, in terms of creativity and inspiration, it’s meeting people and finding out about their stories. That’s where the truth lays.

You’ve been around a lot over the years and played in different countries – what have you taken away from these experiences?

The cultural differences are very interesting to me. What sounds like a legit point here in Europe, can actually be understood quite different in South America or Dubai. As an Italian, growing up in an Italian restaurant, I’m pretty food driven.

Il mondo e paese, they say in Italy. The world is a village.

But the world is actually a beautiful place which we shouldn’t take for granted. I love the cultural differences which you encounter when on the road. Different tastes, values and opinions, always appealed to me. It’s like soaking the world and its vibes just straight in. I’m extremely blessed and therefore thankful to have had the opportunity to see so many places. It’s a privilege.

If you learned one thing from the Corona crisis – what was it?

Things can change. Fast. Everything can be over so soon, we don’t even realize that while we’re in our bubbles. I’m way more thankful and in balance with myself and my surrounding ever since the crisis. I just try to encounter every day as a real gift to keep on going and to do what I really love.

Time is too limited to surround yourself with bullshit and so I keep haunting the good.

In case we all hang out at home again in the winter due to restrictions: What series/movie should we definitely watch and why?

Oh, there’s so much stuff out there. I like a lot of directions, but particularly crime, gangster stuff with a certain eye for dope cinematography along the way. Some series I liked were: Fargo, Black Monday and Gomorrah for their stories and moods. They’re quite intense but artistically precious. For movies, I’d say that The Irishman did it for me last year.

What are the plans for your next months?

I’m actually in between many plans in my personal life and for my music, but I’m mostly searching for new inspiration now. I’ll build up my new live project with my guitarist and probably even some more musicians mostly during the upcoming winter months.

But first of all, I’m looking forward to my album release end of October and the little short movie / music video we’ll drop with it. There are some exciting weeks ahead of us!

Thanks for having me with you!