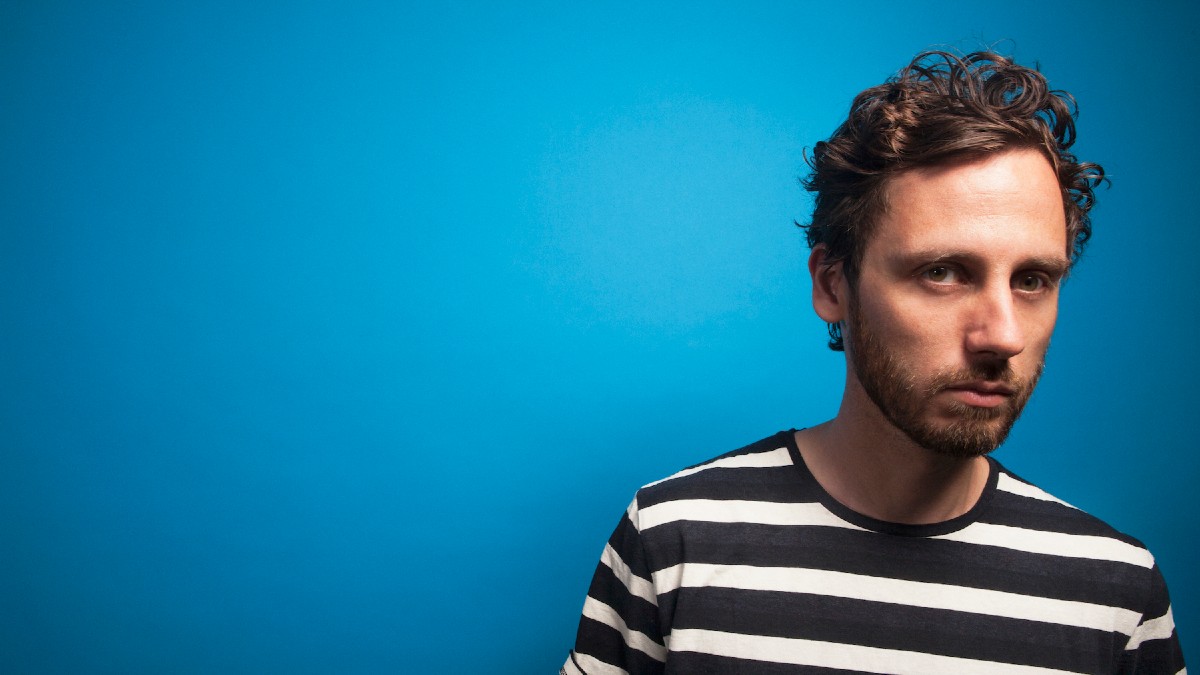 Iason Chronis aka Mason is an Amsterdam-based DJ & producer fighting musical mediocrity since 1995. He has a backpack full of releases on some of the world’s coolest imprints like there are Island Records, Defected, Kittball, Sweat It Out, Skint and Bunny Tiger and now also Toolroom Records.

You may know Mason from his breakout single “Exceeder” back in 2007, yet he would be the first to tell you that things have moved on a hell of a lot since those times.

Giving one big finger to trends, genres and mediocrity has been Mason’s mantra for over twenty years. His studio creations and energy behind the decks are a direct reflection of this personality. Equal parts groove, melody and eccentricity the Dutchman avoids jumping on electronic music bandwagons at all costs.

I could make club music fodder all day, but that would just bore me shitless. I like to challenge myself and my audience a bit more than that!

There aren’t too many producers out there capable of making credible underground bangers and radio-friendly hits simultaneously but Mason is surely one of them. With a palette borrowed from formative years immersed in hip-hop, house, electro, funk and disco there are no rules to his musical alchemy. Its really just about having fun and avoiding the usual clichés of the scene.

There’s his own label, Animal Language; a musical menagerie for Mason’s weird and wonderful creations. This is usually music that is just too damn strange and obnoxious for most labels out there. It has featured ‘Refurbs’, the ‘Nite Rite’ series and scores of knarly tunes from a host of producer mates.

In what is becoming a very trend-driven, genre-specific world Mason constantly strives against the norm by creating music on his own terms. The most important thing is simply making what he’d like to play that will also engage his fans on a dance floor or over the ether. He pays no heed to what this month’s current media darlings are dropping nor does he wear a baseball cap or have full sleeve tattoos either. What Mason does have is a unique vibe and ‘fuck you’ attitude to making music that is infectious and refreshing.

How are you doing these days? How are you surviving this strange period in our lives?

Thanks for having me! I’m doing quite OK actually, although I do miss playing shows a lot. That has been such a solid part of my life (balance) for the last 25 years…. For me the period was extra strange as I caught some rare nerve syndrome called Guillain Barre (GBS) last winter just when the pandemic hit as well. So the first part of the year I couldn’t normally walk or use my arms. Pretty weird.  I’ve almost fully recovered but it made this whole period extra bizarre. I’m happy I could still do something useful though, like creating an album.

How do you keep the energy flowing?

Doing something you love always gives energy, which in my case is working on music. I tend to have quite the opposite of a writer’s block – having wayyyy too many musical ideas. And I get inspired a lot by listening to a lot of other music then dance music. There’s so much obscure and old music behind us that’s excellent  – I’m still discovering new things that are many decades old every week.

I rather create a lot of music in the meantime and we’ll see how the world looks when this is all over.

You have just released an album “Frisky Biscuits”. An amazing thirteen tracks! Well done! Can you talk us through the process? When did it start, what’s the idea behind it, the creative process.

I was working with Toolroom Records on a few singles for this year. When I was in London I also played some other material I was working on on the side. They straight away asked if I wanted to turn it all into an album, which I love doing.  From that moment on I’ve been working on the album non-stop. I had recorded a lot of vocals in Paris, New York, London and Amsterdam, and I had a lot of material to start off with. I kinda started working on 30 tracks simultaneously, and each week deleted the weakest link – till I ended with these 13.  Glad you like them!

Mason’s “Frisky Bisquits” is out via Toolroom records. Check it out here.

What impact does producing an album have on you, comparing it with single releases?

In dance music it’s quite common to just release dance floor singles non-stop one after another, but I find that a bit boring to do musically. For me an album really suits me creatively and challenges me much more. However I do realize people pay much less attention to track 11 on an album than to a single, but for me it’s important to create an album that’s somewhat of a story with enough variety.

What’s your creative process when writing music? Especially for an album. Do you have an idea in mind or do you somehow experiment and see what’s coming?

Throughout the year I always do lots of sketching, sometimes up to 50 ideas a week. Most of them are rubbish of course, and I only finish the strongest 1%. Usually, only those that fit what I wanna be released as singles. But, I do create a lot of demos that I really dig personally but which aren’t right as singles, cause they’re weirder or a different tempo for instance. But an album is really suitable for that.

How do you store the ideas that come to mind? Do you have a way of working to store those for future use?

Ha yeah, the best ideas I have I usually compose in my mind. So it’s always a matter of getting it out of my head into a DAW as accurately as possible. I sing a lot of ideas into my phone, so I catch the idea as good as possible when I have it. Sometimes that can lead to embarrassing situations when I sing in the middle of the supermarket. But for a good cause. 😉  Later on, I translate those voice memo ideas into electronic sounds when I’m in my studio. But it usually does stay pretty close to the sung phone memo! Your mind is the best instrument after all.

I sing a lot of ideas into my phone, so I catch the idea as good as possible when I have it.

Collaborations can take on many forms. What role do they play in your approach and what are your preferred ways of engaging with other creatives through, for example, file sharing, jamming or just talking about ideas?

I work in all sorts of ways with vocalists, but I prefer to be in the same room with them for a day or so – and just write vocals together on some of my instrumentals. It’s important to have a good vibe together though, as co-writing can be quite intense. The upside of my sketching way of working is that I can always bring 10 instrumentals to a session so I can try different ideas with vocalists.

Also, because with vocals I tend to only use 1% for actual releases. However, sometimes with artists’ busy touring schedules or logistics I have to work with someone on remote, sending ideas back and forth over the internet. But it’s not my ideal way of working, as you can’t experiment together.

You’ve come a long way. But for most artists, originality is first preceded by a phase of learning and, often, emulating others. What was this like for you? How would you describe your own development as an artist and the transition towards your own voice? What is the relationship between copying, learning and your own creativity?

Good question! I agree it’s a normal process for any artist to first start off with copying your idols to get the craft of producing under control. However, I think it’s important people only release stuff when they’ve passed that phase and really have their own musical identity and style, so you can really contribute to what’s already out there. Nobody is waiting for stuff that sounds the same as someone else’s.

Besides that, it’s good to realize that all the first things you release will stay available forever. So you need to be sure you’re ready, so you don’t feel embarrassed about it 10 years down the line. For me when I started out it took maybe 8 years till I had my first release out there. The technology was also different and more complicated back then, as there was only midi at first, and no computer audio or software instruments.

It’s good to realize that all the first things you release will stay available forever. So you need to be sure you’re ready, so you don’t feel embarrassed about it 10 years down the line.

I treat my studio time as a normal day job. I go there at 9 after bringing my kids to school, and I return at the end of the day. Whether I have had a heavy show weekend or not, I’m always there Monday at 9 am. Some days are more productive than others obviously. I do find it important to balance my private life, family, friends and hobbies with my work as Mason. I’ve had some years where I was abroad touring half the year and that didn’t feel like the right balance. I rather play 1 or 2 shows a week and have my studio and private life well balanced out. I’m quite happy how that was panning out the last few years before the dreadful 2020.

I could lie but I have no idea what the honest answer is. There are some guys that just hibernate and wait untill this period is over, but I’m not like that. I rather create a lot of music in the meantime and we’ll see how the world looks when this is all over. 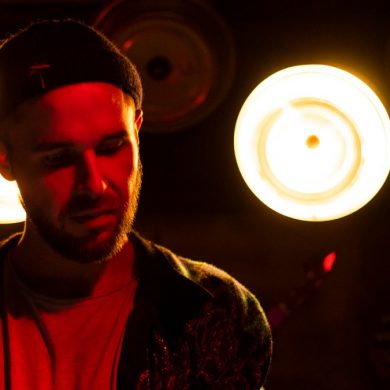