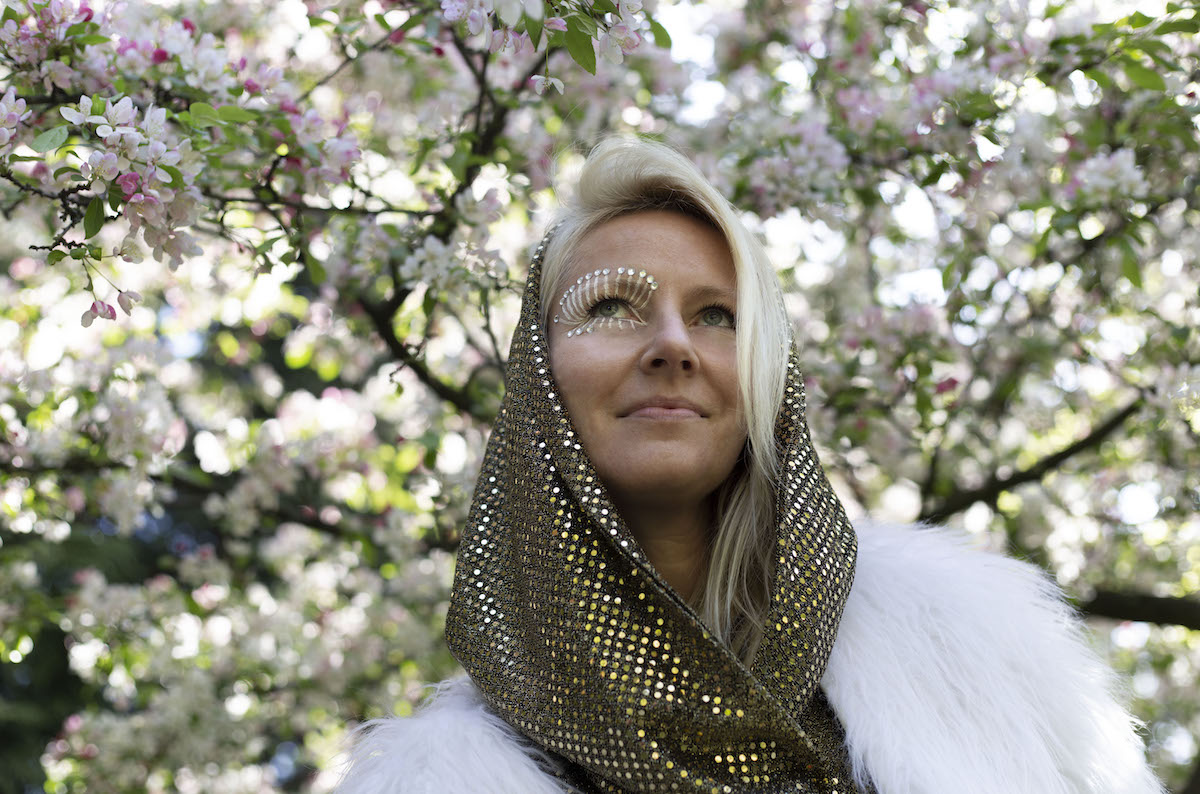 I discovered MiniMalene a little bit more than year ago when I saw she was warming up the decks for Township Rebellion at Kulturshot in Copenhagen, and I just couldn’t get over how much her music spoke to me when I listened to her sets on Soundcloud a while ago. Driving, progressive techno with melodic influences, breaks and unforgettable build ups that leave me gasping for more!

MiniMalene has a magical way of making “the whole dance floor feel like one, creating a concentrated explosion of the excitement of what is going to come next”. For this episode she has prepared a special 2 hour set for us: “I somehow prefer 2 hours, instead of one, to build up the ambience” she says.

Hi MiniMalene! Thank you so much for taking your time doing this interview and recording an amazing set for Tanzgemeinschaft! For people who don’t know much about you, could you tell us a bit about yourself and your musical background?

I started listening to dance music and techno back in the 90’ies when I was about 15 years old. KLF, The Prodigy, Underworld and Kraftwerk got it all started for me. I was so drawn to this new culture, the fashion, the music and the underground rave parties that were being organized in secret locations around Copenhagen. I really felt that this was it! I clearly remember my first trip to London with my friend when we were only 16, and had saved up money to buy Buffalo boots and raver clothes and we went to our first London raves! We were ecstatic! The music was so cool at the time, but let’s be honest, I think techno has really evolved to the better over the years. Haha.

Ever since those early days, me and a group of friends have been listening to techno, going to raves, clubs, electronic music festivals etc. In Denmark as well as abroad. We also loved hosting our own private parties, where it would always be me in charge of the music and funny enough, that hasn’t changed since.

In recent years, I was looking more and more interested at the DJ booth every time we would go out – trying to figure out what was really going on up there behind those decks, and wanting to “create” the party instead of just being a participant. I started playing pop music at Pixie bar in Copenhagen and at weddings, birthdays and corporate events. Which I still do and enjoy, by the way. But my real love and passion lies in electronic music.

In early 2017 I got my first gig at a Glittermania party in KPH Volume to play electronic music and since then, I’ve been playing almost once a month.

No words can really explain how much I love it and how important techno and DJ’ing has become in my life.

I come from a town 30 minutes north of Copenhagen but have lived in this city all my adult life since I was 18, so I consider myself to be pretty native.

Music wise I would say I have always looked more towards the German music style. However the last 5 years or so, Copenhagen party- and event scene has really grown a lot and I’m impressed by the efforts put into creating alternative and underground parties and also by the number of big international artists and DJs that now play almost every weekend in Copenhagen. A few years back there would be a cool party I would want to go to about once every second month. Now I could go out almost every weekend and be sure to find good music. Especially during the summer months with all the outdoor parties.

A big inspiration for me personally has been getting involved with the Danish/Swedish burner community, especially the annual gathering at The Borderland. I participated at my first burn in 2016 and this has really changed my life and opened new doors. This is when me and my friends started to come up with the idea for Umfi Umfi collective and I met so many new, interesting and inspiring people.

What are your top spots in Copenhagen to head to before a night out?

Before a night out we always go to small private “warm up” parties or dinners. I’m not really much of a regular bar person, to be honest. But I like being with my friends in their homes where we eat, drink, dress up and listen to the best music, of course.

What is your absolute favorite track at the moment?

Uhh, there are SO many, I don’t know where to begin. Recently I discovered Soul Button’s “Metamorphosis” (track no. 10 in my mix) and that has been on repeat in my headphones the last few weeks! Such a smooth, beautiful and well produced track that just seduces and massages the ear canal from beginning to end! Yummi!

You’re a resident at UMFI UMFI, a collective that hosts musical events, builds stage environments and promotes DJ´s. Can you tell us a bit about the concept of UMFI UMFI and how you set up your events?

Umfi Umfi was officially born at Borderland in 2017, where my 2 partners Morten Ipsen (Mortox), Christoffer Ohlsson (Staromost) and I + our close friends camped out 1 week before the festival and built a soundstage. We had booked 53 artists and DJ’s (including ourselves of course) to come and play throughout the 6 days of Borderland and it went really well!

The dream was to create an area in nature with amazing electronic music coming out of Funktion One speakers, and yet have a relaxed atmosphere, with cool and weird deco and having glittery Burners partying and chilling all around. Also to DJ a lot ourselves, and I think this has been our dream and mission at every party we have (co)created since.

The last 2 years, we have helped build, decorate and play at a sound stage that is a part of Distortion Camping area, called ØVSA (Øen Ved Siden Af) which has become quite popular and well visited. Something we see as one of our highlights of the year and we look forward to doing again after the Corona crisis.

We love gathering friends and organizing, building, creating and of course, the 3 of us share a passion for playing techno. I think as a trio we are playful and unpretentious, even when we play the deeper and darker stuff, (which all 3 of us love) we still have a light energy. When we DJ together and play back-to-back-to-back, we always have a lot of fun behind the decks, which reflects on our audience. There’s something about our energies, I can’t explain it, but magic just happens, if you ask me.

I still feel that we are just getting started with creating our own parties but there will be lots more to come. And we love to play and party alongside our DJ friends, such as Katz-K , Luci Lux, Jesper K. and Bongo & Pusk.

Are there any more interesting organisations/projects involving music happening in Copenhagen that is worth checking out?

There are so many interesting projects and groups that are organizing events in and around Copenhagen that are worth checking out.

Our friends at Hausgemacht make really good parties in- and out of clubs. Sometimes integrating delicious vegan sit-down dinners made by great chefs to start the night off.

WAKE collective is a group of burners that are committed to creating interesting and different events. Featuring ceremonies, performances, talks, live acts and of course great music.

KUNE is a group that amongst other things also organizes a mini-festival on the island of Trekroner, just outside of Copenhagen, that you can only access by boat. How cool is that?!

Do you have any advice for upcoming DJ´s?

Oh, that question makes me sound more professional than I am! Haha! I still see myself as an upcomer 🙂 And technically, I still have so much to learn.

What I have learned is that for me, DJing is not so much about having perfect technical skills, but more about my presence, the mood I set, the connection with the audience and of course the feeling I can help create through the tracks that I play.

My advice to a new DJ: relax, be yourself at all times, be nice to everyone and don’t worry so much! It’s just a party and people wanna have fun and nobody judges you if you make a bad transition! (As you can hear this is still advice I’m giving myself) But prepare your set as much as possible until you start feeling more comfortable with freestyling. And always prepare for different moods. You don’t always know beforehand how the party is gonna be and you could get surprised. Recently when I was playing in Helsinki, my slot was at 8 a.m. in the morning, I was sure I was gonna play my sunrise set, but it turned out that people wanted the hard, pumping techno instead!

Give us an insight into what we can expect from MiniMalene over the next few months!

3 gigs got cancelled/postponed because of Corona, but I’m pretty sure I’ll have a busy autumn/winter – at least I hope I will!

When this year started out, I had set my mind to 2020 being a travelling year as a DJ. I did manage to play three times in Goa and one gig in Helsinki, but cancelled trips to Berlin, Stockholm and Tel Aviv. I’m determined that 2021 will be the travelling year instead.

The next few months I will spend on diving more into the music. I love discovering new artists and tracks and I need to organize my already existing music folders. Slowly starting to prepare for the next Umfi party also, as soon as Corona allows us.

What can we expect from the mix you made for Tanzgemeinschaft?

I think this might be one of my best mixes/sets ever, tbh. This mix really says alot about who I am and what my style is. I have a pretty wide taste which I think is captured quite well in this mix, getting around different track types, but still with nice flow, progression and dancing mood in focus.

I’ve chosen tracks with interesting vocals, slow build ups – techhouse mixed with melodic/progressive house to the more minimal, monotone and quirky basslines, ending up in the deeper and darker tunes. I like to mix up the style a bit and keep people in suspense.

I think I have evolved quite a lot since I started in 2017, and my taste and style is much more clear to me now and I really “dare” to play the stuff that I’m passionate about. This mix is a good example. 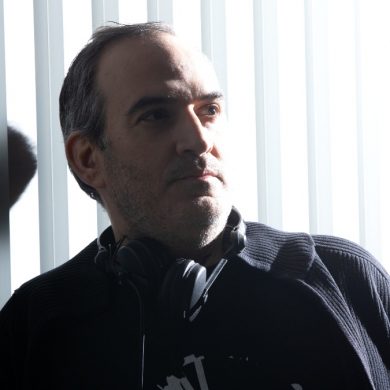