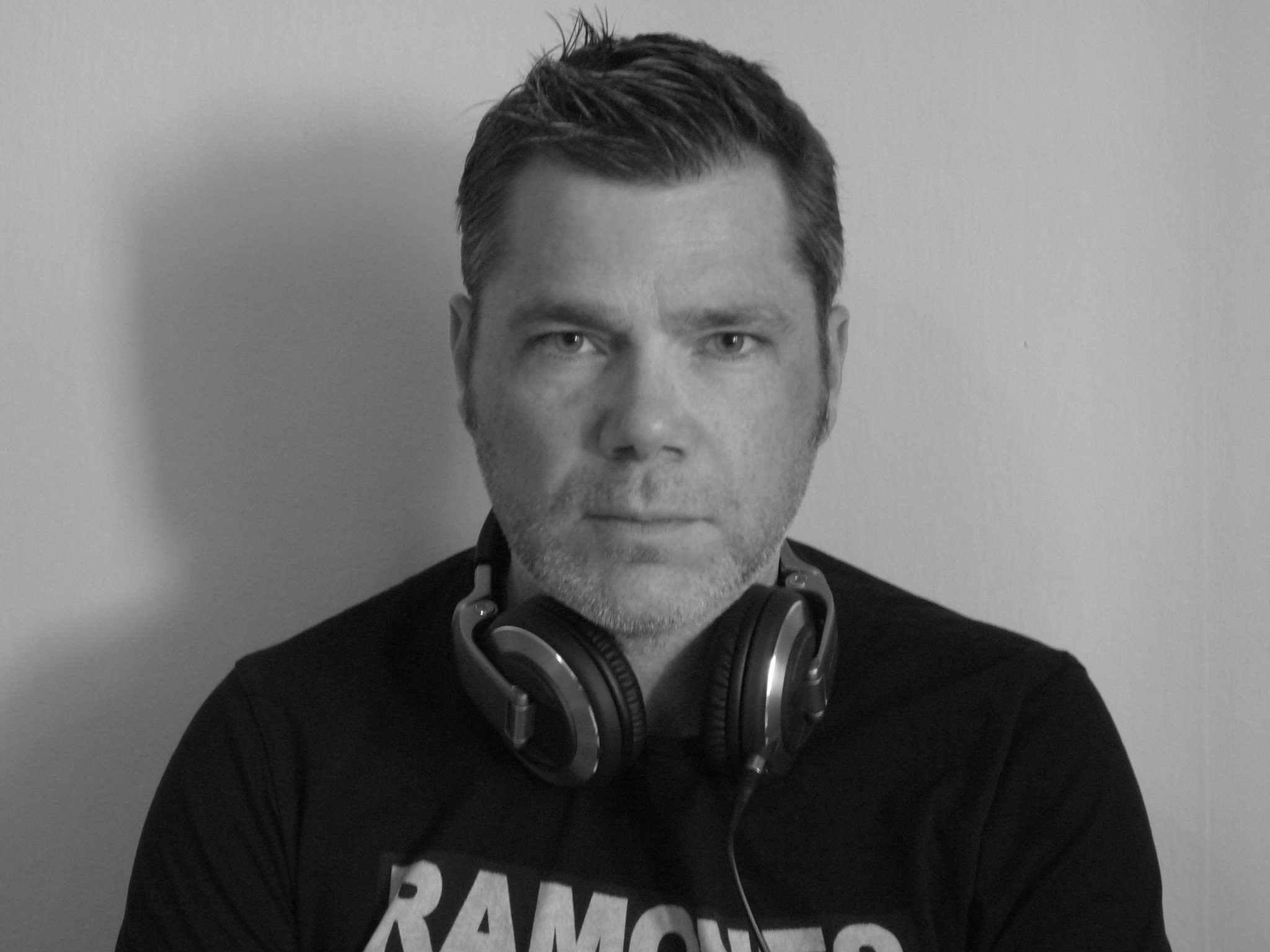 The DJ, promoter, A&R and music evangelist Jérome aka Asterium, created the music platform and label “Deep House Sweden” to gather like-minded deep house & techno music enthusiasts. Jerome lives in Malmö since a couple of years back and besides being one of the driving forces behind Backyard Sessions, he also a well-known DJ in the Swedish underground scene, focusing on deep, moving melodic sets.

My first encounter with Jérome was when he played at an Electric Dreams open-air party some years ago in Gothenburg, Sweden. The melodic, deep trip which he took me through that night is something I’ve found myself coming back to, inspiring me into creating mysterious, deep and melodic sets. I’m super proud and honoured to present to you: Asterium! / EILLOM

Under his Asterium moniker, Jerome has been holding numerous residencies in Belgium (where he grew up), the Netherlands, France and Spain in the period from 1995 up to 2005. His moving melodic sets have garnered him a loyal following.

Arriving on the rocky shores of Malmö 2013, Jerome immersed himself in the local scene, starting up “Deep House Sweden” and congregate an audience of like-minded souls that appreciates quality (deep)house and techno music.

Versatile as he is, he’s also one of the two founders of the Backyard Sessions during the summers at Folkets Park. In addition, he works as a promoter for other events. He also helps out the label HMWL doing the A&R while developing Deep House Sweden into a label.

Well, I’ve always been very greedy when it comes to music, I’ve always been looking for new things and do not limit myself to a certain genre. I’ve been obsessed with music since I was 12. It translated into collecting vinyl (cassette tapes and cd’s back in the days) plus visiting lots of concerts and festivals.

Growing up in Belgium, I can tell there is a rich culture in music. So, it’s not surprising that many different styles of music have influenced me.

How did you fall down the music rabbit hole?

My parents were always listening to classical or jazz music at home and I guess that’s where it started for me. As a child in the eighties, I was lucky to have experienced the rise of different music styles like New Wave, EBM, Alternative Rock, Grunge, New Beat, House, Trance, Techno … . That is probably the basis of my musical eclecticism.

When did you start DJ-ing – and what or who were your early passions and influences?

I started playing at the end of the ’80s when I was a student, playing new wave, EBM and rock music but there were no DJ techniques involved at that time. In the early nineties I visited a legendary house temple in Ghent (Belgium) called Boccaccio and that was a spiritual experience. The first time entering that club and hearing the music was extraterrestrial. From that moment on I was always close to the Dj booth to observe the DJ´s and soon after I started djíng myself. In the late ’90s, I lived in France and Spain and had DJ residencies in a few clubs over there, mostly playing techno and trance as that was the thing in those days.

How would you describe the sound and style of Asterium?

I do notice that I keep going back to melancholy and melody in my sets with a trancy undertone, but my sets in clubs do differ from the podcasts I make for online platforms. Recently I started playing more housy stuff again and lo-fi house with soul and jazzy vibes. But I’m quite restless in my search for new music and in the end I just love playing everything.

I’m quite restless in my search for new music and in the end I just love playing everything.

What are some of your favourite up-and-coming DJs/producers/musicians bubbling up in Malmö right now?

Malmö has a lot of great upcoming and established artists, on the top of my mind I could come up with names like Don Woezik, Ray El Rey, Madura, Dip Shim and our more established names as Charlie Thorstenson, Patrick Siech, Chris Llopis, Per Hammer, DJ Seinfeld …

I would also like to take the opportunity to mention some venues and organisations that work extremely hard throughout the year to make Malmö a pleasant city, people sometimes take things for granted but it’s not that easy to do things in Sweden. Venues as PlanB, Inkonst, Moriskan, X Malmö and organisers as HHAS, Krux, Svenska Ravelandslaget and others all try to create a broad platform for artists and music lovers, pure out of a passion for the music.

For people who want to visit Malmö, what would be 3 things that you would suggest to do or see?

During the day it is nice to walk along the beach at Ribban and check out Västra Hamnen with the amazing Turning Torso building. In the evening it is nice to lose yourself in the bustle of Möllan with all its bars and restaurants. And during the nightly hours, you should visit Plan B, Moriskan, Inkonst or X Malmö for a concert or a party.

What’s your source for finding great tracks for your set?

With Deep House Sweden we receive lots of promo´s via artists and PR agencies on a daily basis but we also try to find those unknown gems on Soundcloud and other platforms. It’s a full-time job on its own. Next to that we also regularly receive demos from beginning artists and that can be exciting as you never know what you’ll get, it’s like a box of chocolates. 🙂 We’re as well working close together with House Music With Love and Deep House South Africa as they’re also being managed out of Malmö. We run Backyard Sessions together but more about that later.

Deep House Sweden is a platform/label focused on electronic music quality events. Tell us a bit about it and your involvement!

Due to my busy job in Belgium, combined with raising two daughters, I wasn’t really following the house and techno scene between 2005 and 2013. But when we moved to Sweden in 2013 I had more time and started the Deep House Sweden Soundcloud channel. I didn’t have a specific plan but I wanted the rediscover the (deep) house scene. I started DJ’ing again and discovered that there was no legit (deep) house scene in Malmö. I met Alex Esser, who runs the House Music With Love label and a year later Backyard Sessions was born.

So tell us more about your story with Backyard Sessions festival in Malmö?

Backyard Session started off as Sunday afternoon sessions in the backyard of Moriskan, really cosy lazy Sundays with local and international DJ’s. It later evolved into a 2-days festival and when looking back it is quite incredible what we did with a very small budget.

I’m quite amazed to see all the artists we’ve invited over the years and the professional level we‘ve reached with very limited resources. We have welcomed artists like Claptone, ANNA, Tensnake, Joris Voorn, Oxia, Booka Shade, Recondite, Be Svendsen, Dominik Eulberg, Dubfire, Simina Grigoriu, Bebetta and many more …

We have a true dream team and without a real passion for music, this would have been impossible.
We’re now planning new exciting stuff for the post-Covid times, it will be different from what we did before but as exiting … more news to follow.

We have a true dream team and without a real passion for music this would have been impossible.

Tell us about the mix you’ve made for Tanzgemeinschaft Nordic Distinct!

It’s a bit of a cliche but I try to tell a story by building up and changing melodies in my mixes. The melody is the backbone in my mixes on Soundcloud. When I play in a club, my sets are a bit heavier and more focussed on the base. I always try to sneak in some classic tracks as I notice that the youngsters aren’t always familiar with them.

As Asterium, I try to tell a story by building up and changing melodies in my mixes. 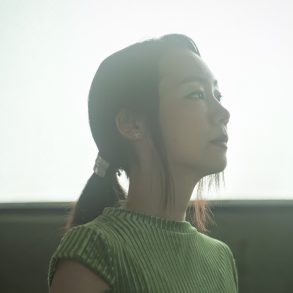