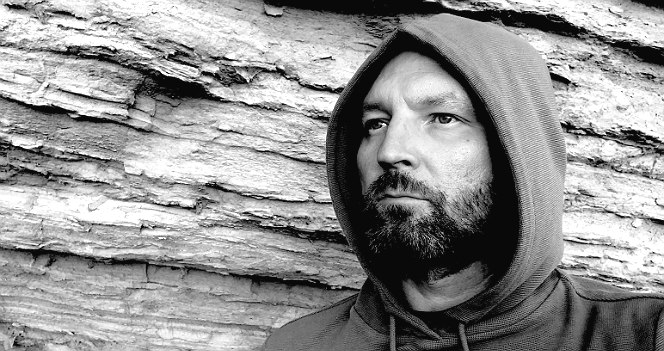 He prefers to call himself a cosmopolitan. Having Eastern heritage WINDAND C (AKA Serge Davidoff) has come a long way to find the inner peace and tranquillity on the West. Taking the best of both worlds with his insane love for music, Serge is taking his audience on an exciting trip with every track and every mix. He always tries to tell the story where he puts something unique and something personal with the ultimate goal to bring the magic of music to every listener.

He created Revelation Of Sound in January 2016 as the music channel for quality underground music community with an ultimate goal to set high musical and performance standards together with an open-minded, non-judgmental social experience.

After three successful years of publishing mixes from talented DJs and producers from around the world, the evolution process brought Revelation Of Sound to the point to become a record label.

Starting January 2019, Revelation Of Sound is now the platform for releasing forward-thinking experimental electronic music with a strong focus on the techno sounds by its founder Serge Davidoff and his like-minded friends.

Hey Serge, how are things? Glad to have you here!
Everything is awesome! 🙂 Thanks for having me!

For any of our readers that aren’t familiar with you, can you tell them a bit about who you are?
I’m originally from the former capital of Kazakhstan, the beautiful city surrounded by mountains called Almaty. Before moving the to US I lived with my family for some time in Dubai, UAE. I started traveling at the age of 13 and still exploring the world which I find quite fascinating.

Did you grow up in a musical environment or did you arrive at your musical passion on your own?
Music was always in my family. Even though no one played any instruments, my father was a music lover and i was growing up with the classic rock on the background. Later my older friends introduced me to pioneers of electronic music such as Kraftwerk.

How did you end up playing and producing electronic music to make people dance?
I’ve been enthusiastic about underground music since my first visit to Germany in 1996 when I ended up partying at one of the illegal raves. A couple of years later I spent some time in NYC at my friends, clubbing in legendary Sound Factory, Twilo and later at Vinyl. I became obsessed with the rhythms, basslines and tribal drums, but I started playing and then producing the electronic music much later because it was a challenging period of my life, changing the places, trying to find my inner peace, searching for serenity. I even wrote the short poem about that time:

Tell us about your new upcoming work on ROS records?
I’m very excited about the second release with my two original tracks and two remixes. I was glad that one of my favourite artists Oliver Deutschmann liked the title track and agreed to remix it and I’m very happy with the output. Another remix is from my friend, talented DJ and producer from Russia Dawn Razor and his remix is great too!

What is the story behind the release? The influences and creative process perhaps?
It may sound strange, but I find inspiration in two completely polar subjects which are the mother nature and the industrial sites. For instance, I love to watch the sunset as well as the observing the galvanization process which is why I called the title track “Galvanize”.

Tell us about your podcast series on ROS. We’ve noticed that you’re now doing it every other week this year while we saw the new podcast every Friday during last year.
I started the project three years ago with publishing bi-weekly the mixes from the talented DJs and producers from around the world and I really appreciate the support from the artists who believed in the project from day one. The series became popular and we started to receive lots of requests and decided to do a weekly series, but this year we returned to the initial concept due to busy schedule related to launching the label, producing new music and travelling.

In general, how would you describe your style and the key elements that define it?
I don’t want to put any labels’ on the music I play I ’m currently I’m currently very much up to the contemporary techno sounds which vary from deep techno to industrial and hard side of techno.

Where are you based now? What’s the local scene like there? What do you find inspirational about where you’re living?
I’ve been living in San Diego, California for five years now and see that the local underground music scene is evolving, new local talents are arisen and big names are coming to the city to perform, some festivals are taken place and all these activities keep the city alive and creating a good base for developing the underground scene further. The most inspirational thing for me is the Pacific Ocean with its beautiful sunsets.

You are also on your way quite often. What’s your favorite place on earth?
It is a really tough question to answer. I’m so happy and really enjoy being with my family in California and there are lots and lots of great places in the world which I love and always happy to come back to, but there still many to explore . I found Middle East and Northern Africa very inspirational, but also love Europe and Central Asia as much. I really want to visit Australia, Latin America and Japan where I never been.