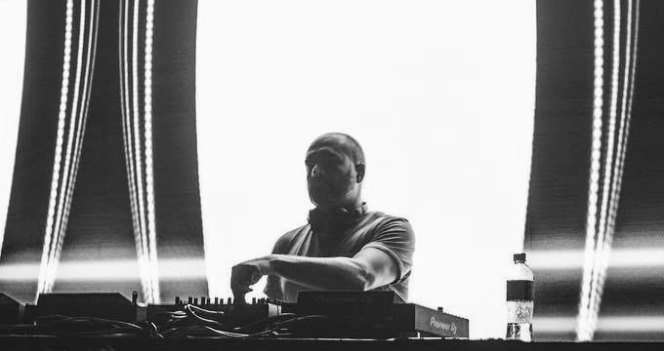 Talking music: a conversation with Ordonez

He has a release out on the almighty house imprint Mother Recordings. The top Ecuadorian producer and DJ Ordonez is a key player and influential artist in his home nation and South America. He is associated with many great labels from Brobot, Armada Music and Lapsus. “La Fiesta” is his latest on Berlin’s number one house label and is a party starting tune with big vocals and loose percussion, which make you stomping and pumping.

As groovy as it gets with Ordonez

We sat down with Ordonez for a nice chat and he dropped us a groovy mix on top. Not to be missed, so tune in while reading. Turn up that volume.

Ordonez’s “La Fiesta” is out now on Mother Recordings. Grab it here »

Hey Ordonez, how are you? How has your year been so far?
Hey guys all good around here! Thanks for the interview. It’s been a great year. I’m really happy about it, my track Pornographic Creatures last year was a bomb getting #1 hype at Beatport and #7 at the tech house top 10, so that made this year really good. I had a tour in Mexico in early February and then I played for the first time at the WMC in Miami at Junior Sanchez Brobot party, so I can’t complain 🙂

What is the scene like in Ecuador right now? What sounds are popular? Is there an underground?
It’s a small scene really, you could say most of it is underground. There are no big EDM DJs playing here all the time. I would say tech house is what’s trending lately like most countries in the world, but there’s a little bit of everything around here.

How did you first get into music? What parties, labels, DJs? Was it easy?
Well, I’ve been around electronic music for around 17 years. Bands like Underworld, Prodigy, Chemical Brothers, got me into Electronic music. So I bought myself a couple of crappy CD players and started practising. Then I started playing in parties at Montañita in a place that now is called Lost Beach Club. One day I did the warm-up for David Guetta, and after watching the crowd react to his tracks I decided I had to make tracks of my own (Not EDM of course). Then I signed the track “The Spell” which made me a core artist for Mother Recordings and that was what brought me here! I had to do it for 17 years so I would say it’s not easy haha.

Tell us about your own party, the vibe, the guests, the location, the crowd?
A few years ago I had a brand called ALL THE TOYS. We had a variety of guests like Robosonic, Amirali, Adana Twins, Mat.Joe, Nhan Solo, Nitin, Laura Jones, Simon Baker, and many more. The locations were always different as there are only 3 clubs in the whole country that do only electronic music. The crowd was amazing, just in it for the music, huge energy. I think that’s why so many DJs around the world love Ecuador.

How would you describe your style as a DJ? Do you like to pump the party with big tunes or build something slower and deeper, for example?
It depends on the night, time schedule, venue, etc. I like to start slow and build it up till you have big bangers and then take it down again, but it’s not always possible as set times are not usually really long. I would say I’m a DJ that can adapt to the situation.

I would say I’m a DJ that can adapt to the situation.

Tell us about your new one “La Fiesta” on Mother Recordings – what inspired it? Is it written for a certain time or place?
Last year I was thinking that we Latin American producers are always trying to make things the European way, so I told myself I want to make tracks with samples that influenced me in my youth. I sampled this massive vocal from a childhood track and it quickly converted into my most anticipated track, so I think it was a great choice.

You had a long-running radio show, right? How important was that in establishing your sound?
I’ve been doing it for around 8 years I think. It’s an FM Radio show in my cities biggest radio station FM88. It’s really important especially in the local market, but I don’t think it had to do with establishing my sound. I started doing this show after being on the decks for 10 years so I already had my style.

What are you most proud of in your career so far and why?
I’m super proud of making my way in the dance music industry from Ecuador. It’s such a small country and I had no contacts, no DJs exchanges, just my music to put me out there, and that’s how it has to be.

Do you still have hopes and goals and dreams, things you would like to achieve?
Of course, I think I’m just starting. My main goal is to play my music where people enjoy it, doesn’t matter if it’s a club for 200 people or a festival for thousands.

My main goal is to play my music where people enjoy it, doesn’t matter if it’s a club for 200 people or a festival for thousands.

What else have you got coming up in 2019?
I’m already planning some gigs in the USA, and Colombia, and working on some collaboration tracks with Mat.Joe, Robosonic, Dilby, Vanilla Ace, Pinto, Blaqwell and Freiboitar, so I hope it’s going to be a year full of music 🙂

Lastly, a fun one, if you could play a b2b with anyone in any venue, who would it be, where would it be, and why?
Steve Lawler was one of the biggest influences I had when I started DJing. I always thought his mixing technique was super powerful, might not be an amazing back to back though because our music genres are different but that would be my choice. I don’t have a particular venue, as long as people love the show it’s the perfect spot for me 🙂