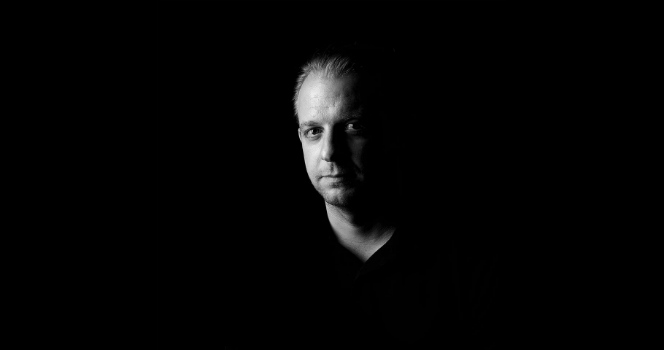 His deep routed techno passion is a mainstay throughout the new album “Intoxication”. This release is a trip through various genres ranging from downtempo breakbeat, dub to raw techno. This mixture has taken him to the top of the Beatport charts as the album made it to the first spot in the Techno category. It has grabbed the attention of big stars like Maceo Plex for example.

We sat down with Theo Schmitt to dive a little deeper about the album and the gear he uses in his studio.

Glad to have you back on Tanzgemeinschaft. How are things going these days?
Thank you for having me and your amazing support, that is so important for me and make me very happy. I have had a very relaxing time last month. I have been able to spend plenty of quality time with my family and also focus on creating new music and experimenting in my studio.

Let’s start with your fresh release “Intoxication”. Thank you for letting us premiere “Stomp the sub”, one of the tracks on the release. But please tell us about the inspiration behind this album?
I am always producing new things and I experiment a lot in the studio. Some songs were ideas that I had been creating since the release of my debut album “The Game“. So it is a never-ending work and I always like to create an album over a single or EP because I can show all the facets I love. Re:Sound Music has given me a home to do this.

How much does it differ from your debut back in 2017? Did you change things in the creation process? Different Inspiration?
I think yes its different from my debut album because I always try to go forward with the quality of my music and Intoxication is more an Album or a journey like my first album The Game. I don’t buy a lot of new Gear or plugins, I am really careful about this. I want to explore with the gear that I have, I simply try new combinations to get new ideas and inspiration. To explain, I use MOOG Modular since the Year 2000 and I use it in 90% of all my productions. I also produce with Cubase 4 from 2008 and I am really happy with it.

What is the story behind “Intoxication”? Is there something you want to tell listeners as all tracks have a name with a meaning or purpose?
My music is less focused on a specific message and more for the dancefloor. I always try to make a sound that makes me shake my head in the studio and create an atmosphere I can see working in nightclubs. I would say my sound leans towards a darker side of techno. I try to add a sprinkle of melancholy to it. The name of the album “Intoxication” comes from my track “” rel=”noopener” target=”_blank”>Technorausch“, it is a German word and it means you are intoxicated by Techno. After a conversation with Michael Hooker, the Label Boss of Re:Sound Music, he had the idea to call the album only “Intoxication” to make it more interesting and I really liked the idea. So we named the album, “Intoxication”.

The album also reached the #1 spot in the Beatport charts. Congrats. Do these charts have an effect on how you look at your music. Is it a reference to do things differently?
Seeing my album on the #1 spot on Beatport Techno Albums was a special experience for me and the label. This has given us more self-confidence and power to continue our journey. I think it is all about the music and everything we have to do is to produce and play good music. So we try to get better and better.

I think it is all about the music and everything we have to do is to produce and play good music.

Maybe tell us a bit about your studio setup.
I have a very simple studio setup. From the whole hardware production, I have taken a step back at the moment. Not because I don’t like it, but rather for lack of space. I think my current studio setup without hardware gives me the best workflow. The heart is a strong Windows Computer built by myself and a MIDI Keyboard with KRK Rookit 10th Monitors. My sequencer is Cubase 4 and a Focusrite Saffire Pro 24 Fire Wire Soundcard.

What’s your favourite gear and why?
I have a lot of favourite gear but at the moment my secret weapon is a plugin named Shaper Box 2. With this effect plugin, you can make a real effect war. I use it on everything, it makes your music moving through the room and it is very creative in the process.

The process of learning to make electronic music reveals to you how little you know, I guess. That makes you increasingly aware of how much more you need to learn to get anywhere close to where you want to go. Or are you satisfied with where you are now? What’s your take on this?
Originally, I am from Greece and a Greece philosopher say once: “I know that I know nothing” (Sokrates). I love these words and that’s my motto for life. Every day I learn something about music, every track I finish brings me new knowledge. For me, learning is a never-ending process and I try to get even better and better with the next production.

For me, learning is a never-ending process and I try to get even better and better with the next production.

If you could have produced any record in the world, which one would it be?
Oh man, that’s a hard question. I never thought about it. But after a few hours of thinking, I got it. 😊 My all-time classic: IF – Space Invaders Are Smoking Grass (Extended 12” Version).

Thank you!
Thank you for the interview and listening to my album “Intoxication”. Cheers Theo Schmitt