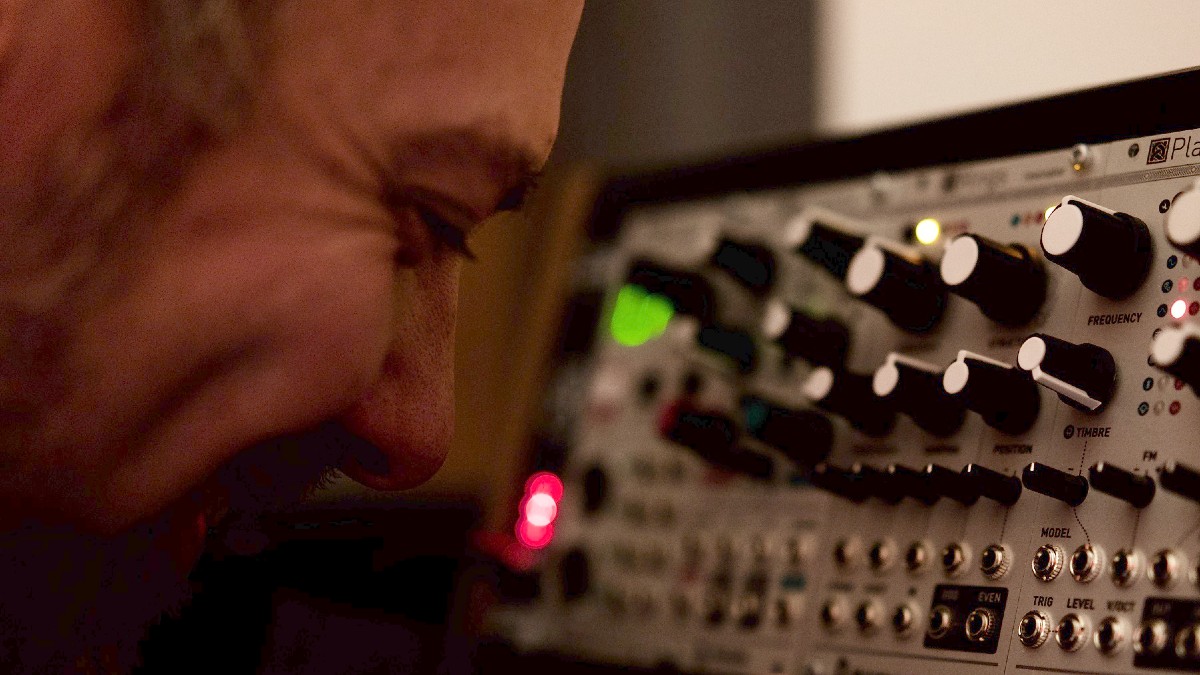 Toteles – Quality is a habit

After a few years of great cooperations and his solo debut genre, ambient and neoclassical Christoph Sebastian Pabst started a new project with electronic music, back to his roots! Toteles is a new beginning with electro, deep house and chillout music. His eurorack with several fantastic modules is the heart of this new way surrounded by great virtual analogue to classical instruments and his experience from previous works. We talked to the artist from the south of Germany about his new project, the power of music and his preference for modular synthesizers.

Hey Christoph, thanks for taking the time for this interview. Hope you are doing fine?

You’ve come a long way with plenty of releases and different projects up your sleeve. How did it all start out for you and how did you evolve in sound, technology, etc?

I can’t say exactly when it started. There was a piano among their relatives, which had fascinated me even as a little child. Later we had our own, but I never had lessons. At the beginning of the 90s the first computer came into the house, an Amiga 500.

I quickly had a 4-track sequencer Octamed, the electronic music literally sucked me in!

I was one of the first with an 8bit sampler for the Amiga in my vicinity. The first Cubase on an Atari came in the middle of the 90s, later I switched often between Logic and Cubase. My first synthesizer was a Korg 01W/FD. I was particularly fascinated by the programming of scapes and spheres. I was just as enthusiastic about my first analog synthesizer by directly intervening in the sound.

Until the end of the 90s I had a Korg MS20, Korg Delta, Roland TB303, Roland Jupiter 6 and Juno 60, a Prophet sampler from Sequential Circuits and a Formant Modular Synthesizer. I also borrowed from time to time a Roland TR808 and a Korg Monopoly from a friend. I loved electronic music and technology!

Your debut single with the project Toteles combines melodic with soft technoid structures and ambient. How would you describe your sound and style?
I always find the genre difficult to classify. Phases should create a transition from Christoph Sebastian Pabst to Toteles. Yes, I thinks it’s a mix of ambient, electro and deep house.

It’s always important to me to incorporate something floating and characteristic into the song. A sustaining melody as base.

There is more to come in 2022, release-wise. Want to lift the curtain and let us know or is it all still secret?

It came to our ears that you are working with analog gear especially with modular synths. What fascinates you about them and what advantages do they bring to your studio production?

First of all, I have to say that at the beginning of 2000 I sold all my equipment because of a lack of time and space. Due to my community service and medical studies. There was a long creative break. It wasn’t until 2016 that I was able to relate to music again with the help of my friend Thomas Lemmer.

I quickly realized that I needed a simple, mobile and smart studio. What technology had meanwhile made possible? The heart now is a Macbook with Logic Pro X and an epiano as a master keyboard.

Of course, my fascination with technology was still there. And especially the modular Eurorack synthesizers had done it.

Simply being able to put together your own synth in a small space with exactly the elements you want was a great idea. It wasn’t until 2019 that I came to its realization. An Arturia Rackbrute 6U with the Minibrute 2. The modules are a Moog Mother 32 and the rest from Mutable instruments. They make great modules for ambient and experiments, for example, I really enjoy using Rings and Plaits.

Do you have a general philosophy and way of working when you are in the studio?

First I need calm and time. Just doing something quickly is not possible for me. Then I either sit at the piano or the Eurorack, put my fingers on the keys and controls and just start playing. Most of the time, nice sequences suddenly rise that I can work out further.

Then it goes to the computer, I import and try it out. I love to integrate classic elements from Spitfire Audio with great opportunities. The strings can be played so dynamically, so emotionally.

That’s great and it’s what defines my style, too. Contemporary electronic music.

Did you manage to produce a lot of new music in the pandemic? Was it difficult to get into the right frame of mind at the time?

We moved a lot before 2019 and it was missing an anchor in society. As a result, the pandemic did not affect us that much. We were already isolated. In spite of that, and precisely because of that, I made a lot of music during that time and it resulted in a lot of great releases.

“Phases” naturally seem to be worthy of a remix treatment. Is this something you’ve considered at all?

I haven’t thought of a remix yet. If Toteles should get off to a good start, I will think about it, I like the idea!

Finally, what’s put a smile on your face over the past few months?

Especially my children! The youngest is 2 years old and I really enjoy the time with them! Of course, it’s the music too. The moments when a song takes shape and arouses my emotions. When I’m in the flow. A great feeling to create something like this! Music is so diverse and expressive. Love it!