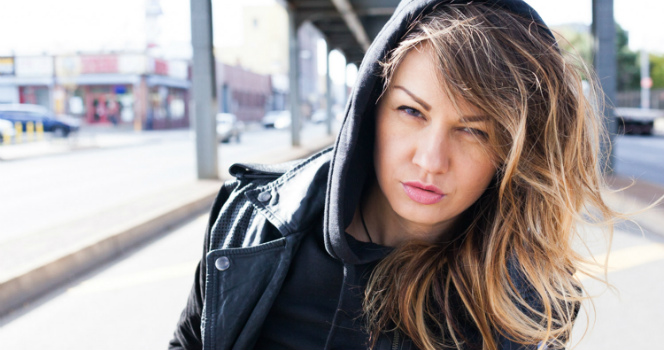 Julia Matuss made her mark by being one of the most talented and sought-after DJs in all of Ukraine. What is unique about Matuss is that unlike most female DJs; she isn’t just eye candy, she is consumed by music and the results of her obsession are projected onto audiences when she performs.

Discovering music at a very young age of 6 when she started playing piano and saxophone. After school, Matuss travelled the world as a dancer for huge acts such as Junior Vasquez, Armand Van Helden, David Guetta, and more. It was during a music conversation with Louis Botella that she decided to take his advice and learn how to DJ. The next day she bought all the DJ equipment she could afford, placed it on the floor of her unfurnished apartment, and started learning how to DJ.

I could remember playing for 10 hours a day and my roommate would bring me hotdog sandwiches while I was playing because I wouldn’t get up!

Two months later she was performing in Luxembourg‘s “Maxim,” “Light,” and “Blow Up.” Momentum started to build, word got around and then this young talent was opening for headliners such as Danny Tenaglia, James Zabiela, Deep Dish and other household names. Now she has a permanent residency at “Back in the USSR,” in Avalon (Los Angeles) which is one of the world’s most popular clubs.

With so many new-coming DJ’s, the music scene becomes redundant with good DJ’s. The amazing thing about Miss Matuss is that she has a personal, meaningful, powerful set that turns a normal night into something to remember.

Tune into to her guest mix below and enjoy the very nice interview we had.

Hey hey, thank you for the mix. What can people expect when pressing play?
This one is supposed to be “make your day better” kind, relaxing and pleasant journey, hopefully. It’s a feel-good, happy place for me. Pretty, groovy, funky and deep, if you will 🤗.

For any of our readers that aren’t familiar with you as much, can you tell us a bit about who you are?
Originally from Ukraine, lucky to live all over the world for the past 20 years. All movements music inspired, I live for it. Second big passion is fighting, martial arts. Currently, in Brazil and absolutely crazy about. Love my mom, my friends and animals.

And for those that haven’t heard your music before, how would you describe your style and the key elements that define it?
This is a tough one. Moody? My writing is a result of the emotional happenings in my life. So I can’t really say or categorize it, this is a media job and if someone wants to call it polka music – fine with me. So far, I’ve been getting techno, house, minimal, acid to name a few. I say it’s deep techno/soulful minimal/shallow house, for those who get the joke 😁. I do like to use Absynth and FM8, Moog and Korg toys, if that helps. 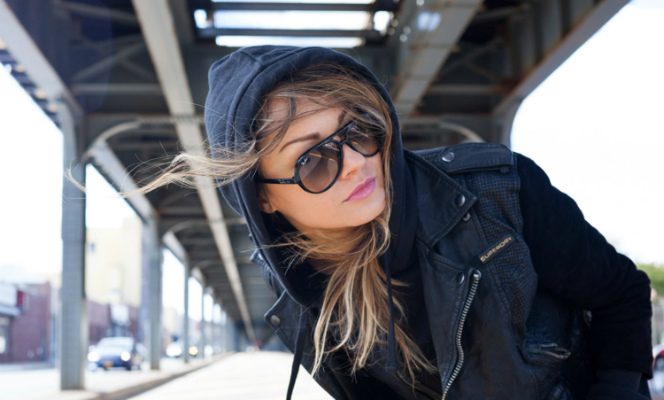 Tell us about how you ended up playing and producing electronic music to make people dance. Did you see this all coming?
No, I did not, I thought I wanted to be a lawyer 🙈😂🤣. I spent entire childhood playing instruments, mostly classical and jazz, always wearing a dress. But. I was making up songs in my mind tho, I guess that’s why production came later in the picture.

I was making up many things in my mind to the point where people were referring to me like someone from another planet 🙈😂. No wonder why I always wanted to leave. Than early teenage years breakdance battling and street fighting, always wearing pants. Late teenage years – practically living in nightclubs. It really was a religion. DJs always were friends and I would always request Westbam, KLF, Prodigy and Apollo 440. I always knew all the names and who made what. I would die on the dancefloor, dancing for gazillion hours 🙈.

Both, DJing and production came from friends’ suggestions, like “you should try that”. And somehow, it was like a lightbulb, I never doubted it. I would go and buy all the necessary equipment and start right away. But it was never easy, takes a ridiculous amount of commitment. I can’t sit my ass down for a long time, always on a move. So it’s been quite a challenge for all the years.

Newsletter
Get interviews and more music related news in your mailbox. Subscribe below.

What were the milestones that brought you closer to achieving your dream to become a DJ?
I am not sure, I understand the question correctly, but I’ll try. I mean, to become a DJ you just have to have access to equipment and records and then just practice. All the time. Once you got it – you are a DJ, no? If we talking about making it in the industry, that’s a completely different thing, I can’t even begin with it. Would take several pages, probably.

For me it was moving to different countries and definitely, making music the priority, putting everything else aside.

For me it was moving to different countries and definitely, making music the priority, putting everything else aside. The biggest one was moving to New York, getting a job at Dubspot and creating a vinyl-only label, Absence Seizure with Abe Duque.

What’s your creative process when writing music? Do you have an idea in mind or do you somehow experiment and see what’s coming?
Sometimes experiments, but mostly ideas. I can wake up with it and need to record something right away, usually into my phone. Or I can hear some sounds somewhere and get inspired by that. Usually, also I do recording on a phone immediately, otherwise, I can forget. Later, I listen to it and it all comes back to me. 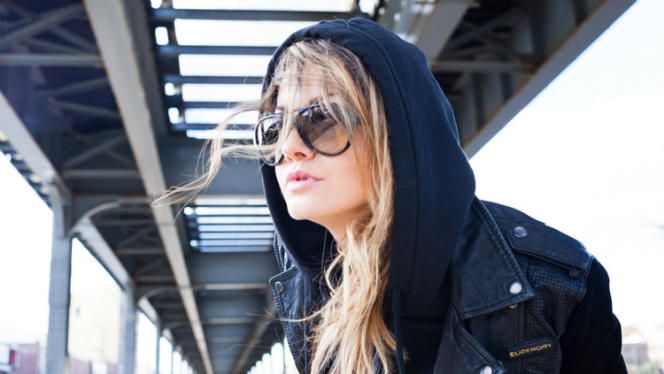 When working on music is the dance floor always something you keep in mind? Or does a certain vibe or flow sometimes transcend that?
Some people might be disappointed, but I never keep the dancefloor in mind. Like ever, I just do how I feel and only can hope, that people will find the connection to it. 🙏

What do you do to push the energy?
I think it should be organic. Set is like a puzzle and it depends on many various things. Your energy, mood, dancefloor, set up and sound, set time and location. There is no universal formula for it, otherwise, everyone would be doing the same thing, no? You have to feel it😁

What’s your biggest weakness?
No surprise here, it’s finishing tracks. I do it, but it is blood, sweat and tears and still, you go to bed, like “maybe I should’ve left that one in and take this one out instead”🙈🤔

What exciting news do you have in the works for the coming months?
I have 13th record releasing in March and I am very curious about it. 13 is my favourite number, therefore quite special. I explore the softer side and for the first time working with vocals and exceptional singer, Sophie Buskin 💜.

Josh Butler launches Denton alias with single on Nothing Else Matters 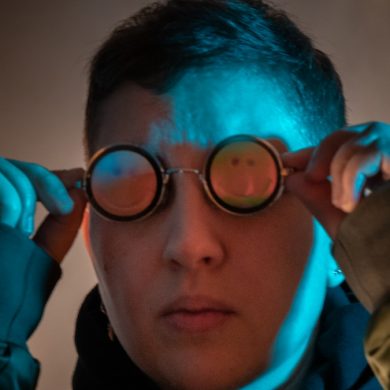