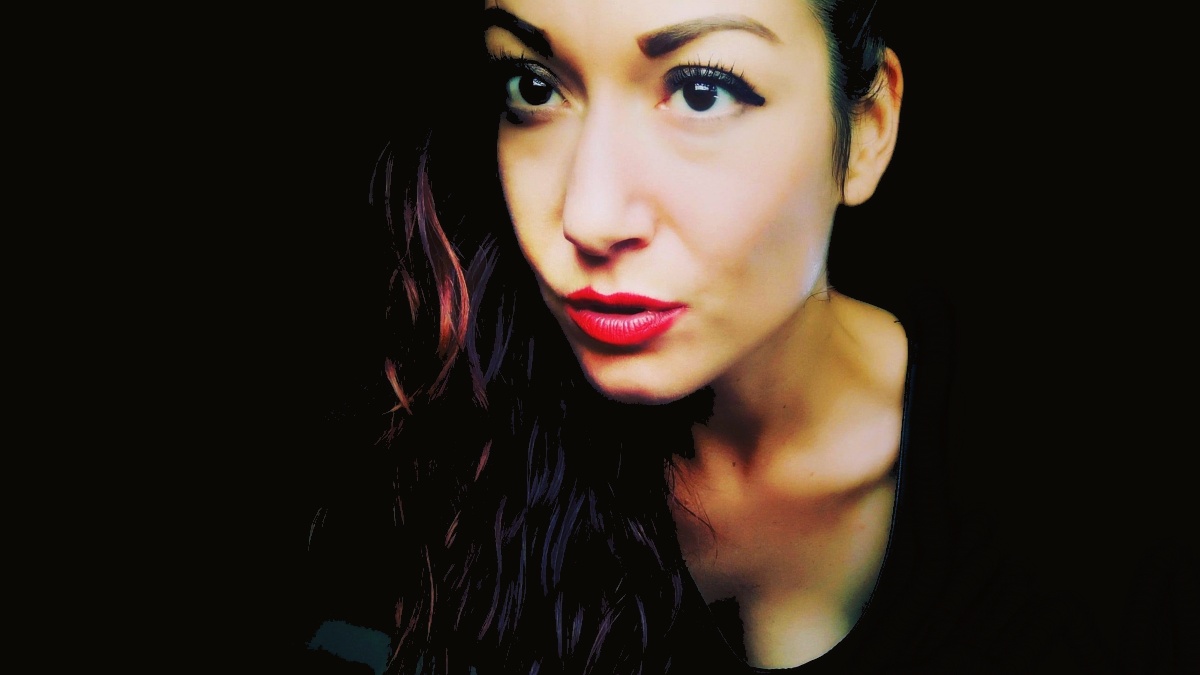 IN DARK WE TRUST: Ravintsara

Italian DJ & producer, Berny, has set up a very nice podcast series called IN DARK WE TRUST. He is taking care of the mixes, we as Tanzgemeinschaft take care of the interviews. The focus of the mix series is “Dark Disco”, a genre that is too dystopian to be called disco, too melancholic for house, and too musical to be techno. It’s also usually slower than original disco, loosely ranging from around 80 to 130 BPM. But importantly, it always remains very danceable.

So enjoy this second mix in the series. Ravintsara in control.

Ciao Emily where are you from and how is the Dark Disco club scene in your country?

Greetings everybody, I have been living in Biarritz in the french part of the pays basque (Basque Country). It’s not my native city but it is where my heart resides ( i was born in Les Landes). It’s a lovely place where it’s nice to live, a place between the grass ﬁlled mountains of the Pyrenees and the Atlantic ocean. Biarritz has 25.000 inhabitants and many artists from the electronic scene. I think speciﬁcally of Damon Jee, if there is an artist that represents the Dark Disco style it’s him, did you listen to his last production with Darlyn Vlys on Correspondent? Now if I were to cite a speciﬁc Night Club it would undoubtedly be the “Carré Coast”, outstandig programmation orchestrated by DJ and producer Nathan Joy. You just need to walk through the door of the “Carré” (as we call it) to have your feet jump to the demonic beats of Red Axes, Pachanga Boys, Fantastic Twins, Fango (of which I am a great fan), Barnt, Michael Mayer, Dj Tennis, Kasper Bjorke, Jennifer Cardini… I would need more than a page to enumerate all the fantastic artists have been through the “Carré”. And then, of course, we have many groups and associations that organize events in the BAB (Bayonne/ Anglet/ Biarritz) such as the “Sonotone 2.0”, “Musique d’Apéritif” or “Standart”. And so we have no need to travel miles/kilometres to listen to top quality electronic music in the Pays Basque.

When did you start DJing/producing and what or who were your early passions and influences?

I’ve always been a sensitive girl and quite ill at ease in my skin. I had a low self-esteem. I felt so bad with myself… the music was my only escape. You see, music is pure, it doesn’t judge, it doesn’t deceive, on the contrary, it gives you strength, it gives without waiting for anything in return. It became a force, a universe in which I could immerse myself with no fear of drowning.

Passionate and curious by nature, I spent many hours on Youtube and Soundcloud listening and researching various kinds of music from all genres. Therefore, I could just as well listen to Archive, Radiohead, Queen of the Stone Age as The Do, New Order, Queen, Moby, Billie Holliday, Johnny Cash, Alt-j, The Dresden Dolls, Nirvana, Dead Can Dance… pffff my inﬂuances varied; like our mood, music has many colours worthy of our attention.

Although I connect to electronic music when I ﬁrst heard « La Rock 01 » by Vitalic. For some unexplainable reason, that piece woke something within me.  From there on I discovered many artists, but to name only the ﬁrst I would say: Vitalic of course but also Mondkopf, Gesaffelstein, Kavinsky, Massive Attack, Moderat, Powell, Chris & Cosey, Metronomy, Front 242, Kraftwerk… As my ears got accustomed, my taste reﬁned. And 5 years ago I met Jérôme aka Damon Jee, we became friends, I joined him on many tours and I became hooked to the “Club” universe and more speciﬁcally the “Indie Dance/ Dark Dico” style Damon Jee played. I could spend hours dancing non-stop, I felt so free. Jérôme inﬂuenced me a lot, was him that introduced me to the “forefathers & mothers” of this genre such as Andrew Weatherall, Manfredas, Ivan Smagghe, Chloé, Rebolledo yet again Jennifer Cardini. I followed my guts and bought an XDJ 700 pioneer, a mixing table and I learnt how to mix. I have just made the acquisition of some hardware such as the Grandmother by Moog, the TR8 by Roland, the Push 2 by Abelton Live with the right software 😉 and of course a pair of monitoring speakers by Eve Audio, an audio card, a Mic and the unwavering desire to make my own music. My motto is ‘When one wants, one can achieve anything, willpower is our strongest weapon’.

The best & worst experience as a DJ?

To be honest, I don’t have any bad memories from my tours, but one of my best is from “Lieu Unique” in Nantes during the « Pan-Pan » with my friends Damon Jee & OR’L. The atmosphere was incredible and the crowd was on ﬁre! Valence at the Nylon Club, Paris at Les Grands Voisins, Toulouse at Connexion Live or yet again when I had the privilege to play just before Optimo in Biarritz for the Wheels & Waves Festival were great experiences. But I believe that the worst experience for a Dj would be to play in front of a void; after all the reason for all this is to get people to dance, for dancing and music liberates minds and transports us elsewhere. That’s what we offer people, a means of escape from the daily torments, a door to another universe.

With this pandemic situation and clubs lockdowns how are you spending your time home?

With the current viral situation, we have time at our disposal to work on projects we would otherwise not have the time to devote ourselves to. I love mixing at clubs, getting people to dance; but today I fell the need to create, to tell stories, to discover myself. Production is the means to that end. And so I work a lot on producing my own tracks. It’s another approach that’s fascinating and stimulating! Audio exploration and experimentation demand a lot of work, perseverance and time… time that fortunately I have plenty of at the moment.

I’m mostly working on a top-secret musical project (for the moment), hand in hand with my « life partner ». You’ll ﬁnd out more about in September… without doubt you’ll hear about it 😉

Otherwise, I’ve decided to take advantage of the moment to take care of myself, such as sports and meditation (on a daily basis). I cook differently, much healthier for what’s good for the body is also good for the mind & soul.

I watch documentaries or read articles on Art history, Culture, Astronomy or Nature.I am also following a Designer Graphiste course an Art school, so I’m working on various projects & duties that I must hand in. You see, I don’t lazy around, ahah!

What can we expect from your podcast for IN DARK WE TRUST? Talk us about your selection.

Oula that’s a very difﬁcult question for me to answer! First of all, I am very versatile in my music. I like discovering new tracks, new artists & new inﬂuences all the time. I have an insatiable appetite for music. I am often moved by this or that track, it depends on my mood of the moment. The music follows your emotions, and emotions oscillate according to your own experiences. But here are some titles that are never absent from my ﬂash drive. 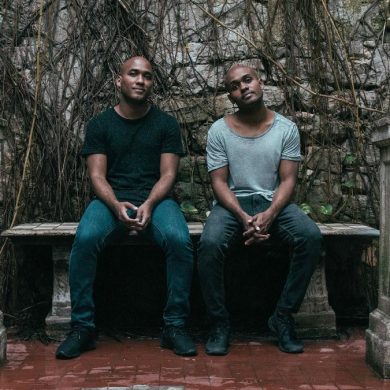 KEENE talks about Panama and their new release