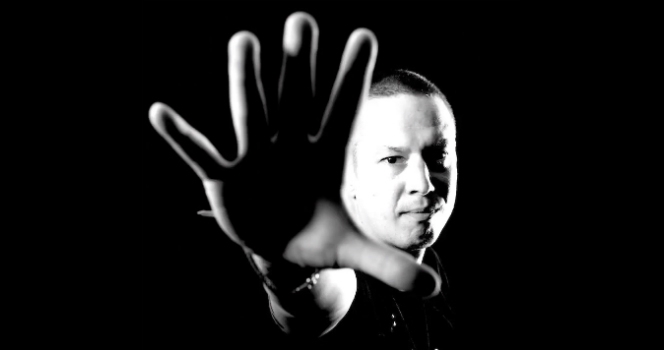 Interview: Agent! in the mix!

If you think about agents currently you might perhaps think about mysterious missions and secret weapons.

Andreas Schreck aka AGENT! isn’t an exception. It all began at the end of the 90’s in one of the oldest technoclubs of Europe: Airport in Wuerzburg. His roots are Golden Age Hip Hop but he decided to change to electronic music soon. A lot has happened since then. Nowadays the Berlin based DJ and producer is touring non-stop around the globe to show his unique skills. Whether in Korea, China, Thailand, USA or in Europe – his operation areas are international.

He is playing at well-known locations like FABRIC and THE EGG in London, WOMB Tokyo, ZOUK Kuala Lumpur, PACHA and PRIVILEGE on Ibiza, WEEKEND and KATER BLAU in Berlin, PRATERSAUNA Vienna, IL MURETTO Jesolo & former COCOON CLUB in Frankfurt.

Inspired by his Hip Hop roots, old Funk and 90’s technomusic, he began producing his own music back in 2008. Because of those influences he creates a very special sound. Releases on Labels like COCOON REC., DESOLAT, MOON HARBOUR, HEINZ MUSIC / BRISE, SUARA, KLING KLONG, HÖHENREGLER and more speak for his producer qualities. His tracks reflect the way of mind and AGENT! himself. His famous track “Work it” released on Moon Harbour reached the Top 3 of the Beatport Tech House Charts and is one of the most sold releases on Matthias Tanzmann’s imprint.

“Music is good when it’s good”. Faithful to this ideology, AGENT! can’t be thrown in a concrete genre. In his sets he combines several styles with his special way of mixing. 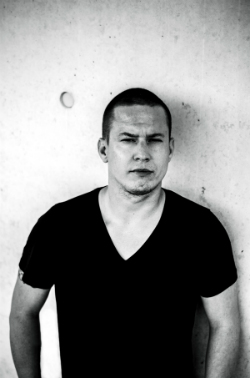 If we ask you to describe yourselves in 3 to 5 words, what would it be?
Powerful, open minded, funny and hungry

When did you first start to develop your musical process?
I was around 12 years old when music started to take over my world. I was totally fascinated from underground Hip Hop. At the age of 17 I started Djing at club Airport in Würzburg. That was also the place where my career started.

What are your biggest influences?
My biggest influence was, and will always be, the Golden Age Hip Hop. I spent a lot of time with collecting hip hop, jazz , funk and rare breaks. Also I love to listen to all varieties of world music. Beside this video games, cult movies and graffiti are a big part of my inspiration.

Your latest EP CAN U DIG IT has been released on Get Physical Records. How did you end up releasing on that imprint?
I met Patrick of Mandy during a gig at D-edge Sao Paulo and we had a great night there. In the end I was asked to send a demo to him and thats it.

Then you did a fantastic remix for Moosfiebr. How did you end up working together?
Thanks for the compliment ! I met Moosfiebr during a common gig in Thailand. We stayed in contact and that’s how our cooperation started.

You have been around the globe a lot – where will you settle one day and why?
Maybe I will settle on a tropical island because of sun, beach, fruits and fish. Life is better at the beach 🙂 But for the moment I am really happy to live and work in Berlin.

Your most impressive gig so far?
There have been so many gigs which are really impressing to me, but a special one which I remember is my gig at the Loveparade 2006 in Berlin. Too many people all around me, crazy ! Such a positive vibe !

What can we expect from you in the upcoming months?
I will play a lot of Club and Open Air gigs and as well I will be in Colombia for a tour. I also made some remixes which will be released soon on labels such as Monza Ibiza, Vicious Black and some more. Also I am preparing my new EP. Stay tuned ! 🙂

Thanks for you time! Good luck!