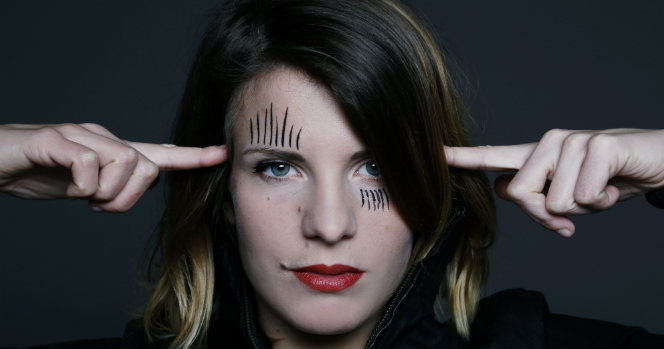 One thing first of all. “Lydi” comes form the Norwegian word “lyd i”, and means “sound in” or “volume within”. Understandably Beth’s alias has followed her the entire life, as she is known for making a lot of noise. She is born in Oslo, and she has a musical background as she grew up playing the violin and piano. Not only her curiosity has taken her around the entire globe, and eventually, she ended up in pulsating Berlin. She is known as a pure workaholic with a butterfly image. She not only flies around the world to deliver geat and groovy sets, but also stands behind the label SNOE. You find Beth Lydi’s sound somewhere between techno and tech-house, always with a fresh splash of the unexpected. 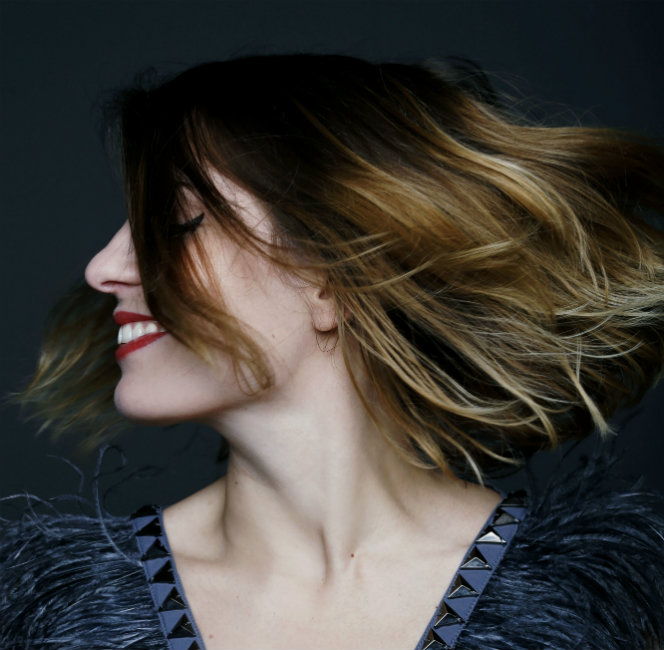 How are you these days?
Hei guys! I’m great, thanks for asking! Just came back from Costa Rica so slightly jetlagged but happy.

For fans who don’t know Beth Lydi, could you tell us a bit about who you are and your musical background?
Born with skies on my feet in beautiful Norway, but living in Berlin at the moment together with half the DJ population of the world. 😉 Been working with music for quite many years now, and consider myself very lucky to be able to live out my passion. My musical background is quite complex, I played instruments in my early years, moved on to be a club goer listening to gabba and then trance. I was also very into hip hop and rap at some point and then discovered my love for techno and tech house. I love all music that hits me straight in the gut, haha.

Where do you get your power and positive vibes from?
Must be the music and just life in general I guess. I’m very into appreciation and easily excited by stuff. I think it also shines through when I play music as I pick tracks that give me really positive energy one way or another.

I’m very into appreciation and easily excited by stuff.

Let’s go back in time. What’s the story of how you were introduced to DJing. Was there a specific moment you realized that you wanted to be on the other side of the dance party – as the DJ?
Well, I still love going clubbing, it is a great way to discover new music and artists. I didn’t really start to play music with the aim to become a DJ, it was more just a fun hobby. At some point, a good friend gave me the opportunity to play the warm-up set at his festival called “Kommt Zusammen” in Rostock, and I think the energy that is created together with people while playing just became an instant addiction.

You just came back from sunny Costa Rica – How were your trip and your gigs?
Wow, wow, wow! Costa Rica was truly amazing! Played at a festival called OCASO, and it is something super unique! Such a sick concept, with parties at the beach, in the jungle and at a pool venue. Also, they are booking an incredible line up for the whole week. To be honest, I could go on and on about this festival, it really flashed me! Would definitely recommend checking it out. Couldn’t have asked for a better start to the year as I went there straight from a crazy New Years Eve party at Die Rakete in Nürnberg.

You are running the label SNOE together with Andreas Henneberg. What is the idea behind the label?
SNOE is our home and our heart, we release music that moves us. We like to give a platform to a mix of unknown and known artists where they can unfold their creativity and show us their stuff. SNOE is much more than just a label to us, it defines our connection with music.

Your new release on SNOE is just around the corner. What’s generally your first step, when you sit down to produce new tracks?
To pay my ghost producer, haha. No, I always start with a groove, and from there on it flows naturally (most of the time at least, if not I kill the project). Just building on a bassline, playing around with synths until something useful comes out. The more I play around the more ideas and spontaneous things come together, and the unexpected stuff is the most fun.

The more I play around the more ideas and spontaneous things come together, and the unexpected stuff is the most fun.

Beth Lydy’s Ample EP is out soon. Grab a copy »

Is your passion more in the studio or in the DJBooth?
This is a tough one, and now that I think about it I have to say it just depends. I am very passionate about both, but sometimes I feel more like DJing and sometimes I just really want to be in the studio. Guess I’m quite lucky that am allowed to do both.

You play regularly in clubs like Watergate or Sisyphos. Which gig from last year will you remember for a lifetime?
Last year was an incredible year for me with many firsts. The parties at Sisyphos are of course always legendary and I celebrated my birthday there with a 15-hour takeover of one of their floors together with Andreas Henneberg and Adrian Hour. And I think I don’t have to tell you the parties at Watergate are top notch, the venue is super nice with the water directly behind the DJ booth. Playing in my hometown Oslo is always super fun, both in my favourite club Skippergata and one of the biggest festivals in Norway at the moment, Sommerøya! This was really special to me. Also, I got the chance to play at the Lighthouse Festival in Croatia, it was my first time there and I was very excited. Same with Melbourne in Australia, first time there and the crew and the party was so sweet, made me feel very welcome. And I had a spontaneous show in San Diego for the Desert Hearts crew, almost couldn’t believe it! There are still many parties I could mention, 2018 was incredible! Great vibes everywhere.

What’s in store for you over the next few months?
Some holiday, going first to Norway for some snowboarding and then to Argentina to hike and drink wine, haha. And play a show together with my SNOE label buddy Adrian Hour in Buenos Aires. Also, it is going to be a lot of studio time, working on my next releases. Gig wise I, of course, can’t wait to be back in my beloved Sisyphos, but will also be in the UK for the first time, which I am really looking forward to! First in Brighton in March and then at the insane Noisily Festival in July! Have a feeling it is going to be a great year!