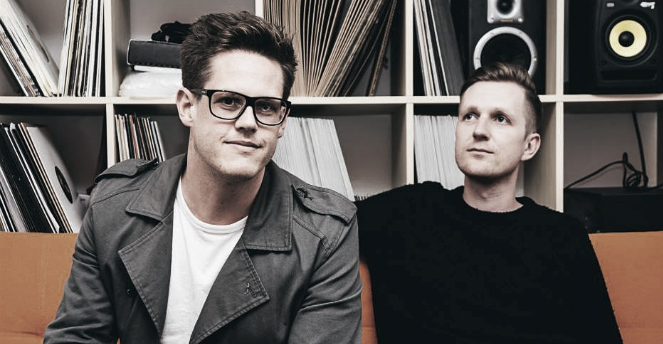 Dudley Strangeways, dropping Dimunition on his own Leftback imprint

Dudley Strangeways: if ever there was a left-of-center alias to attach to the work of this Nottingham-based producer, then this is surely it. Alongside Michael McLardy, this devilishly skilled musician runs the Leftback label, an outlet for some seriously delicious house and techno cuts – the likes of which are as likely to tear up the dancefloor or bring the listener to a whole other place entirely. We sought out his thoughts on a number of topics recently.

Here’s what he had to say for himself … 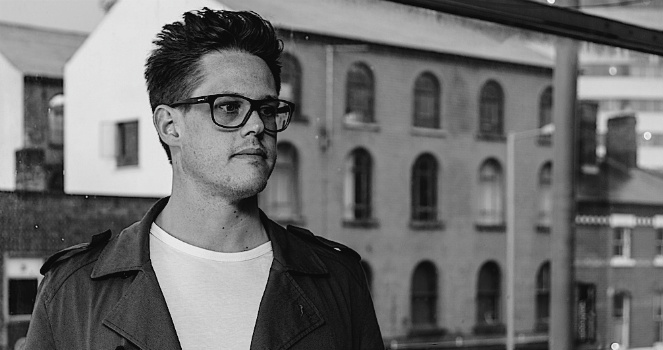 Thanks for talking to us today. You’ve come to our attention before but we’re really loving your “Dimunition EP” in particular. Can you talk us through the ideas you were trying to convey with this one?
No problem, always nice to chat about music, and thank you for the kind words on the label’s latest release I’m really happy that you like it.

This release, “Dimunition”, is a fairly simple and somewhat forced one at the same time. David and I made a few tracks and couldn’t find the right place to release them and after some discussion, we decided that they would fit well on Leftback. Also, a large deciding factor was that the computer they were made on was dropped and the hard drive was broken. So we were only left with the masters that I did as demos. We were lucky enough to have some of the old projects on a different hard drive that David had and managed to make the remix pack for A. But the full track was edited to make parts for “Melle”, not ideal I know, but you have to work with what you have sometimes and always back up your work, or never let anyone else use your laptop! Michael liked the sound of the B side and thought he could work it into something special and we both have wanted to get our good friend TIJN back on the label for some time.

Dudley, you worked with David GTronic on the release. Can you tell us a bit about the working process and how you found working with David?
The process to work with David was easy. We both use Ableton so the projects were just sent back and forth to make sure we were both happy and worked on what parts we agreed on.

David’s naturally a very talented producer in his own right. When did you decide it’d be cool to work with him? What does he bring to the table that really impressed you production wise?
I don’t think there was a moment I decided, we just got to chatting and said It would be cool to make some music together. I think David’s drum programming is a little more complex than mine, I tend to program really simple drums and concentrate on the groove but I did like the elements that he uses in his tracks to make a similar groove.

How does it differ for example, to working with Michael McLardy?
Not much to be honest, even though Michael lives a few miles from me we usually send files back and forth and then finalize the smaller elements in the studio. We’re a bad influence on each other both watching the clock to go to the pub!

Has there ever been a time when you’ve struggled for creativity in the studio with another artist? What happens in those situations if so?
Yeah for sure it happens from time to time. For me, it’s best to take a break or maybe look to record something to move from the computer and machines if all else fails I usually work on the mixing elements of the track, even though this is also creative I always seem ok to complete this in whatever mood or situation.

And similar question to yourself – have you ever suffered a sort of writer’s block?
Yes, there have been months where nothing seems to work. Usually when I’ve got too much stuff on and I can’t concentrate fully on the track or when making music. Digging for samples, recording or even watching music documentaries seems to help.

As you’re mainly music with machines as opposed to writing lyrics etc, do you think this is less likely to happen in electronic music?
I think it comes down to your frame of mind. If you’re not happy with what’s being produced or written if it’s electronic or pop music with lyrics, it’s not going to sound good to you, which leads to writer’s block in my experience anyway.

Would you go ahead with the view that the best electronic music is often the simplest?
This is often the case with most music for me, too many elements can often cause a distraction, something simple and ear-catching usually does the trick.

What’s your take on the contemporary electronic music scene? Do you think it’s in a good place or is it not as good as it used to be?
I think that the scene is in a good position at the moment there are lots of cool parties in Europe and especially popping up in the UK where interesting spaces are being used rather than the standard club space.

So what depresses you about the modern scene? And what excites you?
Arrogance is always disappointing. Meeting new people and new experiences excite me.

As a DJ, what’s the best place you’ve played in? Is that what makes it all worthwhile for you?
It’s hard for me to pick out an individual gig as there are many different factors that make something special for me. I do like playing at the Leftback parties as it’s a great vibe and the Social underground events also have a similar vibe as everyone knows everyone, which creates the party. The gigs in Berlin this year have been especially good at a packed out Golden Gate for Chord Records and our joint label party with In Haus wax at Sysyphos was crazy. Just playing music to people who are into what you’re doing makes it all worthwhile, even if it’s just a handful of people for me it’s all good.

What ingredients make up a good night do you think?
Good music, people who are there for the right reasons & a good sound system. The venue helps but as long as you have these three for me you’re onto a winner.

What’s next for you and the label?
After “Dimunition”, more releases for the label of course. We have just signed a few tracks for the next “Internal Connections” series and a full EP from Dragosh, who we’ve been a fan of for a while. I’ve got a few EPS forthcoming on Leftback with David
as you know and also Michael and a release on one of my favorite labels Pleasure zone.