Our latest interview is with Wim Peeters aka Ember. A DJ/producer/Remixer active in Antwerp (Belgium), which is also our hometown.

So how can we not take the time and have a chat with someone who’s ubiquitous in this city. In the past five years he played in every club Antwerp has and had to offer. A vivid nightlife that has to offer various clubs and for sure a lot parties and festivals in and around this eclictic city.

So Wim, why don’t you tell us something short about yourself? Maybe something about how it all got started, your heroes that you look up to that that triggered you to take the step to become a dj and producer.
Well, I remember when I was 13, a friend gave me a small mixer. I was so impressed that I immediately went home, bought some gear and started mixing without a tempo changer (haha!). After some months I bought more and more gear and started practicing in my bedroom which was not so pleasing for my parents and neighbours … When I got 16 I played my first club gig at De cinema now called Publik.

And how about 3 to 5 words to describe yourself?
Plugin-seeker, Music lover, Creative mind, Composer, Applefreak.

Is this how your friends also see you?
Definitely! I have a lot of dj friends who share the same lifestyle and passion for the music.

What is it like to play in clubs in and around Antwerp? Personally we really like nightlife over here but sometimes we feel something is missing.
Well, I’ve stopped playing in clubs in 2013 so I could start focusing on my own music and remixes. Now, at the verge of 2015, it’s amazing to see how much has changed! More event are taking place, clubs are pushing for more visitors and the dj community has exploded. The good thing is that Antwerp loves deephouse more then ever.

TGMS: We know a lot has changed as only just recently 3 new clubs opened and they have amazing line-ups weekend after weekend. Labyrinth Club is doing an amazing job, Ampere and La Gare 27 which is in the old train station just around our corner as well.

What do you do to entertain your crowd when playing. Or is it just about the music and only the music?
For me it’s all about the music, although I think it’s even important to get interactive with the crowd. I’m still practicing on bringing extra gear to the dj-booth for doing some more live stuff. But anyway, i’m not really that entertaining like Steve Aoki, but I’m sure it’s big fun!

Your main focus lies on deep & tech house. On your Soundcloud profile there are some tracks remixed by you only within this genre. This is your preferred style of music?
My time in studio gave me the opportunity to search for my own genre and style. I’ve been producing in some different styles like indie, techno, deephouse, minimal etc..

My first remix (Miguel – Sure Thing Remix) I did with DJ and friend “Cosma” was a bit more commercial for the exposure with success. I remember I was on a night out in Skyclub and Roxy and heard my remix being played several times. Great moment to party on your own music!

The other remix I did (Basement Jaxx – Unicorn remix) was for a Beatport remix contest. Unfortunatly I was too late with my submission but it was featured on EDM which had 4.000 plays in 2 weeks. That’s a record for me!

Any plans in releasing new music in the coming period?
Absolutely, my biggest plan for 2015 is collaboration with a famous UK vocalist in 2015. Also adding more remixes to the collection and maybe releasing my first album.

Tell us something about your best loved/most used instrument when in the studio.
I love the Korg M1, Sylenth and Massive. But when it comes to quality I think Spectrasonics Trillian and Omnisphere are the best plugins on the market. Nowadays, I use a lot of hits from sample packs.

How do you start with a new track or with a remix?
I always start with the melody and drums and jamming for a good idea. Once the idea is there I start making my arrangement and adding more detail and depth in the track. Picking up the right sound is so crucial that I tend to make a lot of effort on keeping my workflow as clean as possible.

Maybe your top 3 favorite releases of 2014?
I have so many ! Here are 3 awesome tracks I love:

Thank you very much for your time. We are looking forward to some new work, being remixes or new tracks! 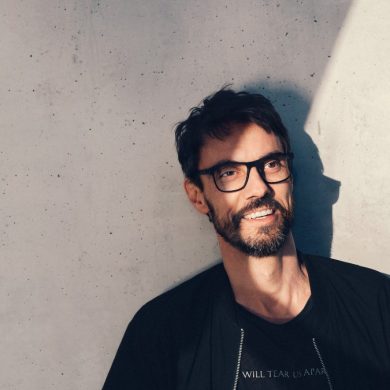