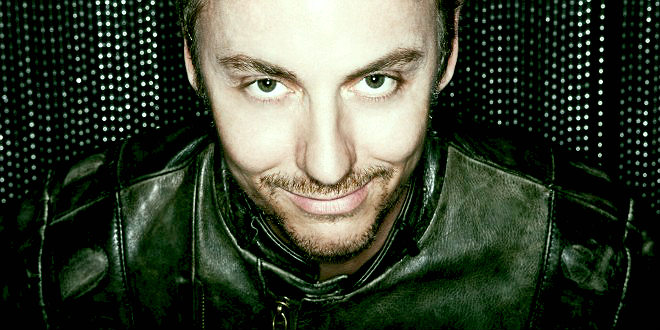 Interview: Jean Claude Ades talks about his heavenly Out Of My Head

Ibiza based Dj & producer Jean Claude Ades strikes back with his new release on his own imprint Be Crazy Music. He’s always searching for next cutting edge house sound. Not even scared to look back at older material and re-use what is useful. all about that in the interview below.

His two friends Betoko & Martin Roth support him with remixes on this crazy release. Both take care of fantastic edits.

I encourage you to listen to Red Bus EP. A coöp between Jean Claude Ades and Betoko that was released about half a year ago. On this you can feel the mood that Jean Claude is setting through out the music he releases. Infectious!

“Out of my head” has a softer edge and sounds more deep with a profound melodic structure. I’ve played it over and over again and I just could not get enough. The way the tracks is built, starting out with a slow paced rather pale bass, slowly gaining traction when after a while these great warm vocals come in with emotional text lines out to match the title “Out Of My Head”. I was totally enchanted by the original and I had a smile painted on my face. This surely is one hell of a summer explosion in a 6:53 mins track.

What more is there to like about the release? Well, the remixes. Betoko & Martin Roth shape the original to other heights. The remixes follow the sound roots of the original, but all very own with individual elements. Something for for lovers of modern house music.

So we contacted Jean Claude Ades to see he was available for a little talk. He gladly accepted so we got a little more insight about him as a producer/dj and this fresh release called “Out of my head”.

Who is Jean Claude Ades?
I am a German – French producer – I grew up in Italy and spent 20 years working out of Munich until more recently when I finally mad Ibiza my base. Aside from music, I am passionate about all creative arts. I love to travel and meet fascinating people from all over the world. I am grateful to have a job that makes all of this possible!

I love to play deep sounds from deep house to tech. A track has to have a groovy and sexy appeal to make it into my playlist and I am constantly looking for ways to innovate and improve my sound. I play a few tracks of my own in my sets but my friends tell me I should play many more … .
I make a weekly radio show called BeCrazy! that is broadcast on Ibiza Global Radio and Pioneer Radio among many other stations, analog and digital … and of course I post them to social media, our BeCrazy! Soundcloud and Mixcloud pages, etc, etc. I always read the comments on our BeCrazy! social media pages because I like to know what BeCrazy! fans are thinking and doing!

Your musical career started way back, first under the moniker Krystal K, then JCA and now your are operating under your own name Jean Claude Ades. How did you get mixed up in the world of House & Techno?
I used to run the first house parties in the South of Germany back in the 90’s and I booked some international dj’s back then. Also at that time I started to record my first tracks, which were released on Virgin records. In 2002 I had my first No. 1 Hit record “I Begin To Wonder” under the name JCA and several other big records under the name Kristal K. Afterwards I created my own label Swings records in 2005 and I released some Beatport chart-topping records like “Someday”, “Fly Away” and “Shingaling” that took me touring worldwide, which was very enriching. Since 2012 I have started my newest label BeCrazy! Music that really captures the sound of my Ibiza nights.

Looking back over your shoulder, starting out in the mid-nineties, how do you compare the artist you were back then with the artist you are today?
I feel like I am doing the same things now as I did then … although with the benefit of experience, hopefully doing them better! I am very grateful for the memories, fun times and great friends I have made all over the world during the growth of the electronic music scene and, looking back, I don’t think I would have done anything differently.

Certainly, I am travelling more now and since I have my own night in Ibiza, which I always wanted to have, well there are more demands on my time … which means there is less time for the studio. I am not the only dj with this problem and it is a nice problem to have, but I will catch up with studio time soon for sure since I have some ideas brewing that I need to lay down in some tracks! 🙂

Your new release “Out of my head” EP is out soon on your own imprint Be Crazy Music? Can you tell us something about it?
You know in the past 20 years of production I had so many studio sessions with great vocalists. So once in a while I look into my hard drive and I rediscover some very unique material … and I just pick one vocal that I like and start to work on it in a playful way, like a teenager in a good mood, I have so much fun with it! Sometimes I take one of these gems and complete a track within a day or two. That’s how “Out Of My Head” came to life.

We think the release is super. What do think makes it so special?
For me that it sounds different than other stuff that is out there. I don’t want to be a copy – it is important to be authentic, to be surprising … and of course I have to feel what I produce has to have my signature, my feelings.

The 2 remixes on the EP are also fantastic. Did you give directions to the producers up front or could they shape the original in total freedom in any way they wanted?
Once I entrust somebody with a remix it is because I know already what they are capable of so I would tend to give a lot of freedom. Martin Roth did his own thing, transforming my original into a more tech-drive mix. Betoko has his own style and also made great use of some synths that I sent him last year. I had another original mix that I considered releasing but in the end I took another version.

Of all releases on your own imprint, Be Crazy Music, name your top 3 tracks.
JCA – Only You

They all work so well on the dance floor, each for its own different reasons. I love them all.

You’ve hosted some great events on Ibiza and played alongside great artists. Which one is the most memorable night thus far?
Every night was special and had its own vibe so it is very hard for me to say which one in particular was my favourite. But I remember fondly the last BeCrazy! party of last season.

What made it so memorable?
Because at the end of every season, all of our friends, old and new, end the night in the dj booth with me, asking for one more track … and it makes me sad to know there won’t be a BeCrazy! party like that until next summer … and it often brings tears to my eyes!

TGMS: Really passionate about what you do! 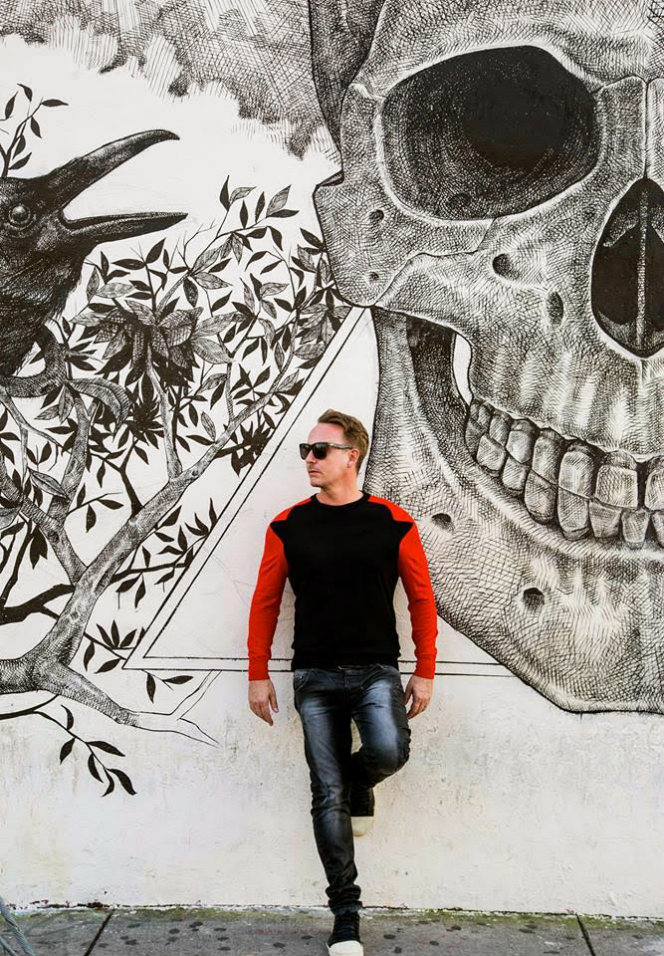 Why did you move to Ibiza and not Barcelona, Berlin, New York, Chicago…?
In the summer, or in fact, from May until October, Ibiza is the biggest meeting point for electronic music in the world. And in the winter months, I love the quiet and natural environment that Ibiza offers. When I get back from a gig outside, I have peace all around me, as well as good friends that live there all year round. It is a perfect balance after the summer craziness! I really love it here in the off season!

If it weren’t in the music industry, what would be your job today?
Perhaps I would run my own club and be connected to the nightlife in that way!

One question we like to ask all artists. What advice would you give people that are just starting in the music industry?
Work HARD and try to develop your own sound. Don’t try to be someone else… just be your own vision!

Finish the sentence:
The bright side of the music industry is … if you really love what you do, you will have a great time in this biz.
The dark side of Ibiza is … always look on the bright side of life 🙂
The one track that never leaves my bag would be … Oxia – Domino
My guilty pleasure is … food … I love to cook!!!

What exciting news do you have in the works for the coming months?
I am looking forward to more BeCrazy! residencies around the world, and of course, many more JCA releases!

Thank you for your time. Looking forward to the release and future works!