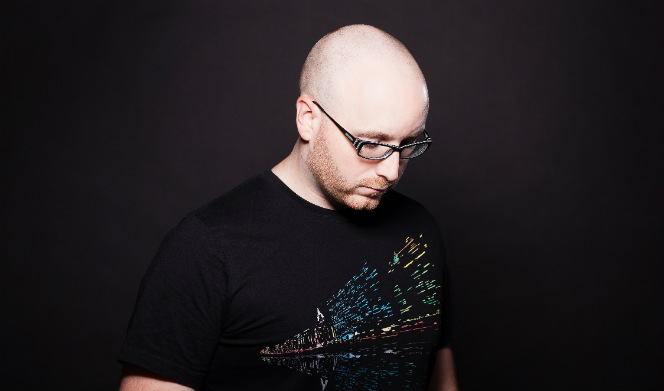 With a sound that is “Firmly rooted in Detroit sound, but holds the mark of the Canadian landscape” (Faze Magazin) John Norman‘s signature blend of techno and is one that is turning heads around the globe. Whether through his live performances, original tracks, or stellar remixes, his obsession with sound can be heard loud and clear. John has established himself as one of the new and exciting voices in the techno world with his rhythm driven yet melodic productions, having caught the ear of techno luminaries such as Kevin Saunderson, Adam Beyer, Richie Hawtin, and Carl Cox.

Early 2014 saw John’s first release for Saunderson’s legendary KMS Records, and he has since released several successful originals and remixes for the label, including Resonance which was a part of the highly anticipated Space Ibiza 25th Anniversary compilation. Praise is rolling in from critics as well,”tuff, dark tech-house is the story of the day on the remix from John Norman” (ThisIsWhyWeDance), “positively stuck in my mind” (DJ Mag Canada), and has been named “Must Hear Tech House” and “Must Hear Techno” by Beatport. His keen selection of the very best underground techno and tech house has gained him the respect of the music lovers he leaves in his wake from Detroit to Ibiza, and beyond. Now at the helm of his own imprint, UNT Records, he continues to push for unique and distinctive high-quality sounds with a focus on the dance floor.

Which standing does Techno and House have in Canada at the moment, which cities and clubs are the hot spots and which style is hip/mostly played?
In Canada, EDM is one of the most popular genres in the mainstream right now, but Techno and House still hold down the underground. Cities like Montreal and Toronto, of course, have big scenes, but what is really exciting is the warm and inviting underground in smaller cities. It is definitely not like the UK or Europe where techno is heard commonly in most clubs after a certain time – you have to seek it out, which means that fans are really enthusiastic about the sound and the artists they discover.

Most countries/cities stand for a specific Dance Music Sound. Do you think, a “characteristic Canadian electronic sound” does exist?
No, I don’t think there is one. It would be hard to pinpoint something – it is such a vast space, and the feel of each city is so different from the next, and physically so far away from one another. The distance from my home town to Toronto is like going from London to Berlin and back – and that’s only half the country! Although there are a lot of Canadian dance music artists, particularly in techno and house, each of us comes from places that are quite different. I guess you could say that one common theme is a perseverance. We all have to push a bit harder to get where we are, in a way, because the majority of people in our country listen to rock or folk music, not techno.

For someone who hasn’t heard your tracks so far: How would you describe your own sound, what do you want to express and what makes it special?
Within my music, I like to take the listener on a journey. I construct a single song in sort of the way you create a good DJ set with peaks and valleys, it moves and shifts. I am a drummer and love to play with the rhythmic aspects of the sound. I also really love taking sounds and turning them inside out, using them in a way that you might not think of to really change the way they work in cadence with other sounds in the track.

You seem to collaborate a lot with Dantinez Saunderson, releasing on his fathers legendary KMS Imprint. Where did you meet first and in how far did his father Kevin influence you?
Dantiez and I met through Norman H (who runs Stripped Muzik) when I was asked to do a remix of Dantiez’ tune Zebroo Anthem. Kevin has been an indirect influence on me over the past 10 years. When he first came to play in my home town, I was listening to a bit of his music, and other guys like Benny Rodriguez. I was relatively new to dance music at that time and didn’t really realize the depth of their roots. It wasn’t until the past 6 years when I started to write music and pay attention to how the industry works that I began to realize the influence guys like Kevin have in so many areas. To have the support of a guy like Kevin behind the music you are writing is truly amazing, especially given that I never really actively sought out KMS. Obviously it is something most techno artists, myself included, would love to happen, but it was really organic the way it happened that I became a KMS artist.

Which other Motor City artists influenced you? Are there any personal contacts?
I’ve always looked up to Derrick May, for sure. One of the first records I ever bought was a Kenny Larkin tune. I accidentally found Detroit techno, actually, because I had just bought turntables and didn’t know that dance music record stores even existed in my city, so was going through a used-record sale bin in the mall and found an early 1990’s Kenny Larkin record. I made my first trip to the motor city just this past year when I played the KMS showcase at Movement, and it was really great to meet so many of the motor city artists in person, including Kenny Larkin. DJ 3000 has become a great contact as well, and quite supportive of my sound.

Do “traditional bands” for a young DJ/Producer like you also still have an influence? If yes, in how far?
Yes, a bit. Bands usually have a pretty limited number of instruments, but are able to do a lot in terms of creating a feeling or experience with it. I take this into my producing by focusing on how to do more with less – not trying to pack as many sounds as I can manage into a track, but rather looking at how those sounds work together and what meaning they hold, as well as how they will be absorbed by my audience.

Describe your production studio roughly and tell us something about your best loved / most used instrument.
Funny you ask, I just recently moved my studio into a different part of my house, an 8×12 room. Furnishing the room from scratch gave the opportunity to be “re-influenced” by a new space. I just picked up a new Macbook pro as my central unit, which is flanked by two Yamaha HS 50’s that I use to reference mid-range in a track, and just behind them are two Mackie HR824’s. My walls are treated with custom sound absorbers, and painted my favourite colour, a dark blue called “soulful music”, and the work space desk is custom designed as well. I don’t use a lot of outboard gear and plug-ins, as I like to take the “less is more” approach. Everything is centred around producing with Ableton. I do have one piece of outboard gear which I’m using at the moment, the MOOG Lil Phatty. I’ve got my Tech 1200’s set up, too, with my vinyl collection for inspiration as well as sampling fun spoken word records I find at the antique shop. 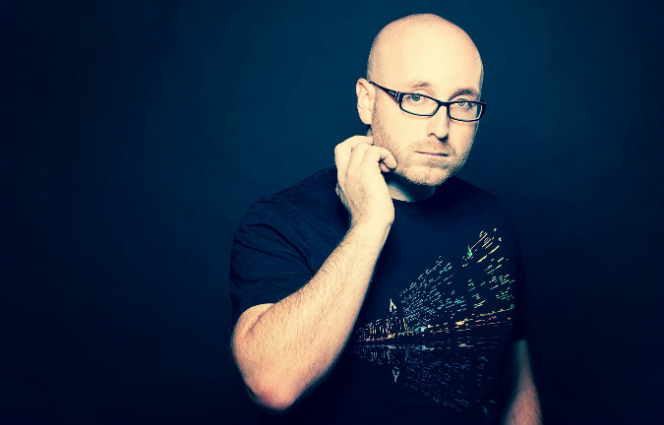 What was your most interesting/dramatic, maybe decisive DJ experience so far?
It was actually in the early days of my DJing. I was playing at a rave in a community centre, playing a track by DK called Murder Was The Bass. Well apparently the bass was so strong that we ended up flipping a circuit breaker and the power went out. Instead of just complaining that the power went out, I just started to clap on beat, and the crowd joined in until the lights and sound came back on, and I dropped the track once again.

Name 5 of your all time fav techno tunes with short comment why. Thank you.
It is really difficult to pick only five favourites – I could pick hundreds! What I will do, though, is give you 5 records which have had the most influence on me as an artist:

What’s coming next / What are your plans for the future?
Well, I’ve been in the studio quite a lot – Dantiez and I are working on another collaboration to follow up Resonance which is shaping up really nicely. I’ve got a remix of Damarii Saunderson & Taylor “Diamonds” out Oct 13 for KMS, as well as a remix of Red Square “Growl” out in November on KMS. I’m also working on a remix of a Peter Brown & Lizzie Curious track with Deko-ze for Jungle Funk. I’ve got some new originals in the pipes as well, dark and techy stuff, as well as some other writing projects not quite ready to be announced yet. I’ve also just finalized the arrangement and have taken over UNT Records, which I’m extremely excited about. This is going to be a big new project from me as I continue to shape what is already a good, but small, techno label. It was one of the first labels that signed and released my tunes, and is also home to tracks from artists like Alexander Koning and Jay Tripwire. I’m looking forward to putting my own signature on the label as it grows. It is going to be a busy year!