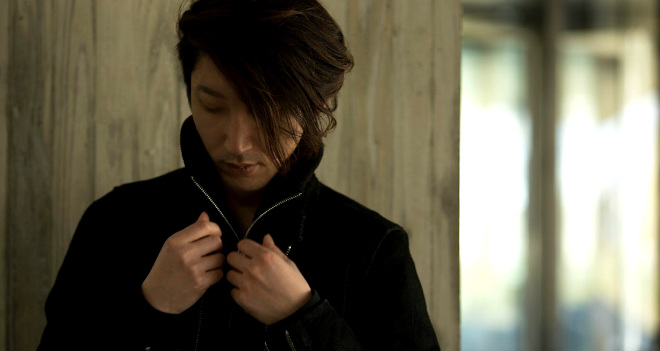 KOMPAKT will release a new installment of the highly anticipated & longest series on the label after Total. Pop Ambient 2017 will see the light of day on November 25. It will contain some nice material from genre veterans and a great bunch of new comers. Pop Ambient curator and co-label owner Wolfgang Voigt makes an appearance as remixer, turning the track HAL from electronic-rock-gospel duo SOULSAVERS’ 2015 album ‘Kubrick’ into a voluptuous and immersive sound journey. It’s the cherry on top of a particularly fluffy cake that will prove irresistible to any connoisseur of ambient music.

For the 2017 release, the imprint welcomes Tokyo-based Pop Ambient novice Yui Onodera with his tracks ‘CROMO1’ and ‘CROMO2’, which both serve as opener: a trained musician and architectural acoustic designer by trade, Onodera embeds diverse influences from traditional sound design, film scores, contemporary composition and electro-acoustic experimentation in his work, resulting in intricate drone sculptures and sound skylines.

These skills combine naturally with the sonic sensibilities of iconic experimental composer Scanner who teams up with Onodera for the track ‘LOCUS SOLUS’.

With 3 tracks on this release, it must be a great honor for newcomer Yui Onodera. We got a chance to send him over some questions before the release goes on sale.

Hello Yui, how are you doing?
I’m good. Fall in Japan is a very comfortable season.

You live in Tokyo, how’s the music scene like?
Honestly, I am not much interested in the scene in Tokyo. It was people in Europe and United States who’ve got interested in my music at first, not people in Japan. Of course there are many talented musicians in Japan, such as Bun (a.k.a Fumitake Tamura), Chihei Hatakeyama or Ryo Murakami for example. I don’t much care about commercial music wich is fairly wide spread and custom in Japan.

Can we compare it with the scene in Europe, you think?
It may not necessary apply to everything, but I personally think at least music criticism in Europe is better than in Japan. Especially for non-commercial music. It seems to have given good stimulus and inspiration to both musicians and listeners.

You are a trained musician and architectural acoustic designer. Can you tell us something about your sound?
I have studied in guitar major when I was in music school in my teens. Before that, I liked ‘classical’ punk music like the Sex Pistols and alternative music from the 90’s such as Nirvana as well. In the early 2000’s, I got attracted by compositions using computers. At that time, many exciting music was being released, exemplified by the releases from Mego, raster-noton and 12k. If I am correct they all came touring in Japan for the first time at that time as well.

Afterwards, I got interested in architectural design and got engaged in architectural acoustic design. I’ve designed concert halls and music studios for example. Sometimes I really feel that many musicians are unaware of the importance of the relationship between music and architecture — architecture should be to music as a plate is to food. Anyway while working, I have deeply learned the relationship between spaces and sound. I’v learned how people perceive sound in certain space — in other words, how space influences sound. It was definetely a stimulating experience for me.

Maybe add something about your influences? What’s your background and how do your musical creations come to live.
I am much interested in the process of architectural design. I came to realize that of the designs are applicable to a composition process as well. For my album ‘SEMI LATTICE’ (2015), I made a composition by applying Christopher Alexander’s urban city theory, who is an architect and urban city planner.

What I also like is to sit back in a chair and listen deeply to the details of music. I belive my works should be heard in that way as well.

On the other hand, I also like dance floor oriented music. For example, RESHAFT, a recent collaboration project of mine, working together with Mizukami Ryuta (a.k.a Motoro Faam) in which we focus on electronic music. You can find it on Soundcloud.

You have managed to get not one but three of your tracks on the highly-anticiapted ‘Pop Ambient’ series of the German based KOMPAKT imprint. How did that work out for you? Especially when no other than Wolfgang Voigt was supervising.
Originally I liked his works under the name of ‘Gas‘ and ‘Mohn’. I have been listening to them very often when I was working on the album called ‘Sinkai’ (2015). So, when I finished up, I gave him the album as well as some of my past releases. I am much honored that he invited me to the ‘Pop Ambient’ series.

Can you tell us something about the tracks?
One of the three tracks is based on the work that I composed for an apparel company’s office in Tokyo. For that work, I recorded the laser printer noise in their office and various household noises such as sewing machines — unfortunately the project did not take off, though. But I roused myself to make the other two tracks and proposed those to him so that he could choose one from them. The result was a surprise, Wolfgang chose all three tracks.

One of the tracks is a collaboration with the sound sculptor and experimental composer SCANNER. How did this come together?
I have been a big fan of him for more than 10 years and was strongly influenced to his thought/concept and music in my youth. Especially, Sound Polaroids (2003) was my favorite album. On this album he used environmental sounds of various cities, such as London, Milan, Tokyo and a few more. When I performed at an audiovisual festival in Barcelona in 2015, SCANNER participated as well and that’s were I saw his performance for the first time. A moment I have longed for over a decade.

Was it an easy collaboration? How did you come to an agreement about the composition?
It was a very simple and smooth collaboration. I thought the project of ‘Pop Ambient’ would be a good chance to work together with him so I sent him some demo tracks including my piano, guitar and some noises. With those, he finished up a brilliant piece. When I heard the track for the first time I was already overwhelmed by the quality of his work. I am very honored to be able to work with Robin.

Looking into Beatport’s 2020 Trends and Winners

What do you expect from Pop Ambient?
I really look forward and I am curious to see what will happen. Well, it does not necessary mean that I am hoping something precise. I really did my best in delivering good work, so let’s wait and see what happens.

Will you be releasing new work on the imprint in the future? An EP maybe?
There will be a release from Mikroton Recordings that I collaborated with Stephen Vitiello who is a professor of Virginia Commonwealth University/Sound Artist. It might be between 2017 and 2018. He is one of the most respectful sound artists. I am honored to be able to work with Stephen. We have been really working hard for the release. It took us 10 months to finish the complete album. No matter which part of the track you choose you can hear our passion and love for details.

Besides composing and producing music you also have other pursuits?
Of course! I am a serious film freak and watch almost 200 titles in a year. I should have been spending much more time watching films than listening to music. Films always give me a lot of energy. While relaxing, I mostly listen to movie soundtracks.

Any new plans for the coming months and next year?
I have been continuously collaborating with Pjusk and our EP will come out within the year. Also, I have been cooperating on a documentary film about John Cage, which is directed by Markus Heidingsfelder. I am not only composing the soundtrack but try to help in many ways. This project and especially the theme are intriguing. I like his documentary film called A kind of Architect, in which he focused on ‘Rem Koolhaas’. The film gave me so much inspiration.

Do you have plans in performing in Europe?
Not yet, but it can be in near future. I entrust my agent, Persona, with the booking management in Europe perhaps there might be a performance in Italy. Recently, I have been requested to teach in Composition/Sound Art class in some universities in Japan next year. Furthermore, I am working on a piece with a ‘shō’, a ancient Japanese reed instrument, and surround sound system. For this piece, I have been studying with Ko Ishikawa. So I will have to stay here for a while. However, if there is any chance, I would love to go to Europe any time.

You are more than welcome.
Thank you so much for your time! 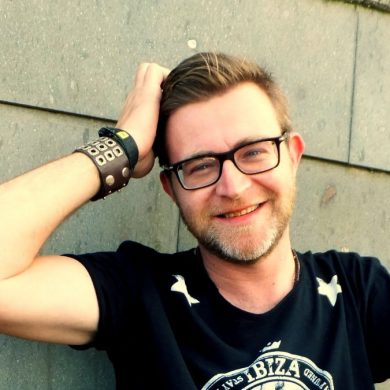