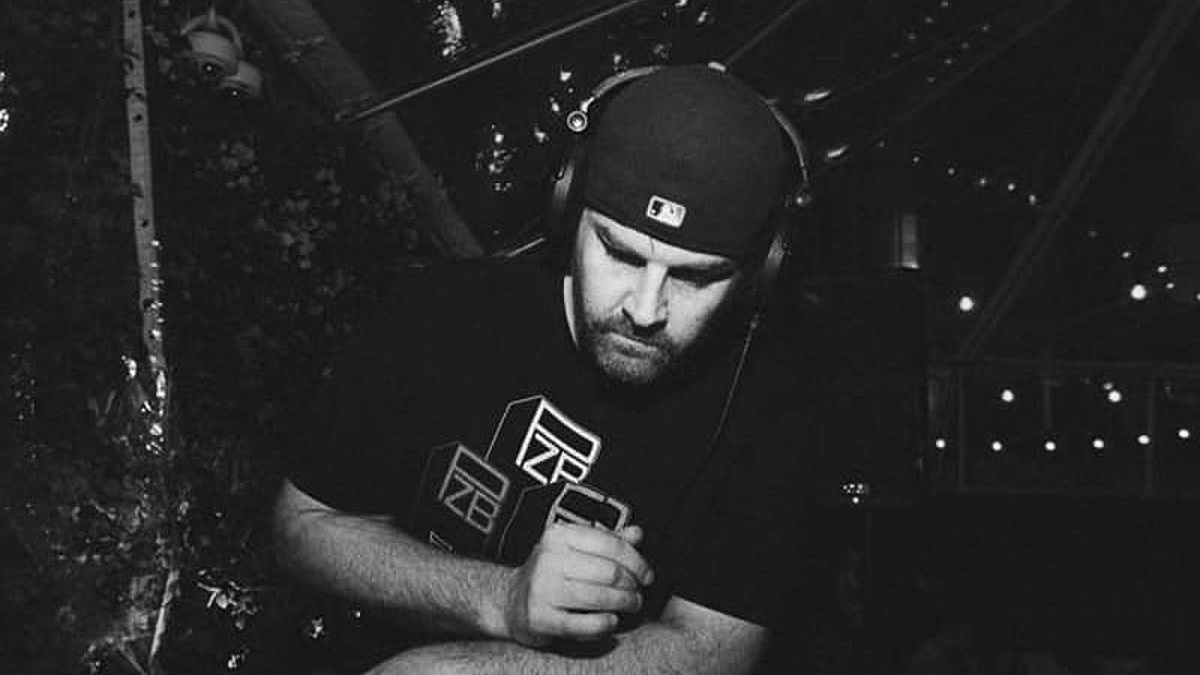 Josh Brooks aka PZB is a DJ, producer, and label boss originally from the Bay Area and currently based out of Los Angeles. His DJ style and knowledge of electronic music is vast and shows in his wide range of playing music from House to Techno and everything in-between.

Josh has played at all of LA’s premiere nightclubs including Sound, Exchange LA, and Avalon as well as massive festivals like Coachella, Electric Forest, Dirtybird Campout, Lightning in a Bottle, Genius Loci Festival in Baja, and Kanegra Beach Festival in Croatia, and has found support for his music from the likes of Sacha Robotti, Desert Hearts, Rüfüs Du Sol, Stacey Pullen, Kevin Saunderson, Darren, Emerson, Danny Howells, Matador, Justin Martin, Coyu and many more.

Thanks for talking to us Josh – how’s your summer been?

It’s a pleasure. Thank you for your support on the EP. This summer has been better than last summer, that’s for sure. Things are still moving a little slow but I have been having a good time and getting out a bit more so I am super appreciative of that.

How is the LA house and techno scene at the moment? What have been some of the local acts that have impressed you?

Things are starting to get back to normal somewhat. I’ve really been enjoying seeing some of my favourite crews out there like Incognito, 6AM, Dirty Epic LA, Space Yacht and Clinic getting back to having consistent events again. I’m also excited for my own crew LAMP getting back to things. We are celebrating our 8 year anniversary with MR Mushroom Jazz himself Mark Farina in a couple of weeks at one of my favourite venues, 1720 Warehouse in Downtown Los Angeles. I think locally the artists that I’ve been enjoying the most would be Mary Droppinz who has been really doing some cool stuff and Modus who runs an upstart techno label Operandi Records. Also, have to mention Stephen Desario.

You’ve played a lot of LA’s venues over the years… do you have one memory from a gig that stands out more than any other?

Wow, I’ve got so many. But I think probably my favourite would be from our LAMP 5 year anniversary when I got to hand the decks over to one of my all-time favourite artists Matthew Dear (Audion) which was also coincidentally at the 1720 Warehouse. A good runner up was being direct support to three legends who were touring at the time as 3D Danny Howells, Dave Seaman and Darren Emmerson. Outside of Los Angeles, one of my most favourite moments was handing the decks over to Matador at the Kanegra Beach Festival in Croatia.

Your new EP is one that really impressed us, some tough sounds in there! Have you always been a fan of acid techno?

Thank you so much. I really appreciate that. It is my first solo EP and I just really wanted to create a vibe that came from my love for all things techno. I definitely love acid in general. It just seems to fit so well in the techno genre though and I feel like the faster the BPM the better it fits. I’m a huge fan of what Reinier Zonneveld has put together with his label Filth On Acid so there was some inspiration there. Additionally, I’ve been listening to a ton of Truncate and tracks from his label WRKTRX lately so there is a bit of inspiration there as well.

Even between the two tracks, there’s a real change of pace, do you find moving between genres comes quite easily to you?

Yeah definitely. I started DJing back in the early 2000s and was heavily into trance and found my way through all of the genres House, Tech House, Electro, Drum ’n Bass, you name it I’ve dabbled in it. Ultimately I am such a lover of all things techno that when I sit down to create that is just what sort of naturally comes out of me. Some of the new stuff I’m working on is completely different in that there is no acid or 303. Last year I released a track with Tau0n and Sacha Robotti that is way more bass and tech house and I have some other stuff I did as Brooks & Millar which is also very Tech House and Bassy.

How did you hook up with Modarnity on the release?

I met the label head about a year ago after the release with Sacha Robotti and Tau0n. He had heard that and really loved that track so we got to chatting and I mentioned I had a bunch of tracks I had finished that I looking for a home for. I sent them over and his response right away as I love them. Unfortunately, I wasn’t really thinking and they all had some kind of sample that would need to be cleared which he was not keen on doing and I did not feel like reworking them. He was so impressed though he was like “I want to release your music so why don’t you make something for the label, make whatever you want, send it to me and as long as I like it I’ll release it”. Thankfully he liked what I put together and yeah here we are.

In addition to your own music career you’ve been on the journalist side with LAMP… what did you look for in artists when choosing who you wanted to get behind?

Yeah, LAMP has been a long journey for me. It all started out as a party. I have learned a lot over the years and to be honest, I had no idea what I was doing when I first got started. I quickly learned that I did not want to be a regular party promoter and living in the oversaturated DJ market of Los Angeles gigs were not easy to come by so I created an outlet that allowed me to express my love for the music in other ways to compensate for lack of gigs. At the end of the day, it was and still is about music that I love and feel passionate about. I am a crazy collector of music. It has steadily grown over the years as I have gained more access to music through promos and other outlets but I’d say I probably download on average around 1000 songs a month. The journalism side of things started out with a rather ambitious project to create a mix every week and fill in the rest of the days with a blog post I called the track of the day which highlighted the songs in that week’s mix. Because I was writing about music that I loved and taking advantage of social media I started getting contacted by PR groups wanting to send me music to include in my mixes and eventually it turned into me getting requests from them to have certain artists contribute to this mix series. We have had some amazing guests that to this day still blow me away, some favourites being Risa Tanaguchi, Kiko, Binhary, and Christian Varella. There are so many, to be honest. It just sort of snowballed but I have always stuck to my guns when it comes to the music. The genre was never important to me. All that mattered was I really liked the music and it had to move me in some sort of way that I wanted to actually sit down and write about it. Thankfully through journalism, I was also able to create more opportunities for me to get in front of a crowd. I have been very fortunate up to this point I think.

Music journalism has had a tough time of it in 2020, like so many other aspects of the industry, How do you see the future for music magazines and sites like ours?

This right here is so difficult. I do think there is still a place for publications like ours but the big thing and it has always been the #1 thing is consistency. People read less and less these days so finding a new medium for sharing music I think is super important. One place we have been playing around a little is Twitch. There are a lot of logistics involved with that but I feel like it is a good place to start. Additionally, we have looked into using Youtube as an outlet but there are so many hoops to jump through with them and then the real challenge is rebuilding your audience on those platforms.

What else do you have coming up this year we should be looking out for?

As I mentioned earlier I have a couple of projects in the pipeline that I still need to finish but hopefully, I can get them done by the end of the month. Right now the main focus is the LAMP 8 Year Anniversary which is September 18th and then I will have some time to sit down and get everything buttoned up and find a home for them.

Finally, what’s the hardest, most ‘take no prisoners’ techno record you’ve heard so far this year?

Ok, I’m gonna leave you with a couple of things here. A track I have really been enjoying quite a bit and been playing in my sets is called “Talk That Shit” by Balrog which came out recently on Soma Records. The other is really take no prisoners from the label Dreizehn Schallplatten. The artist is The Underproject and the album is titled “The Hard Attack 2.0”.

Thank you so much for supporting my music and the opportunity to open up to your audience. It has been a pleasure. Much love to Tanzgemeinschaft and all that you do in the music world and techno community.