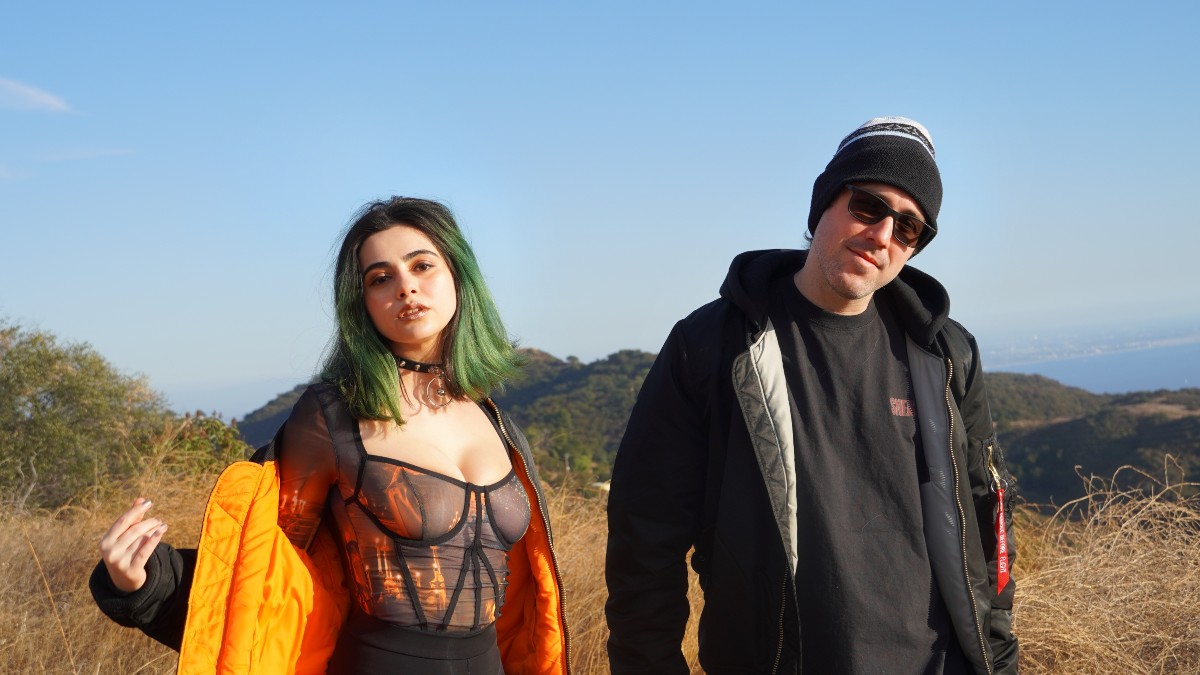 tau0n about Modarnity and their release Creeps & Crawlies

After a successful year of writing and releasing music, new killers on the scene tau0n teamed up with Modarnity to provide a platform for up and coming house and techno producers with the new label. And now they make their debut release on Modarnity with the punishing Creeps and Crawlies EP. We caught up with them to get the lowdown …

To kick us off, please tell us who tau0n are…

Who are tau0n? I mean that’s really philosophical in a lot of ways. Contemplating this one more than we probably should be. I guess in the most basic sense we’re just two people, Anais and Scott, who make music and hope people have as much fun listening to it as we do. If you dig a little deeper, you’ll find two introverts who just like anime and terrible reality tv shows. And if you dig a little more deeply, you’ll find a lot of carbon molecules. We don’t know what goes beyond that… lol

You’ve released on labels and also written for other artists… any records that we might already be aware of without knowing it’s you?

You need a higher clearance level for that kind of classified information. Although, we have some great artists on this EP that we’ve collaborated with as well as some future ones coming up for which you’ll definitely want to keep an eye out.

The art of ‘writing’ tracks is often overlooked – especially in dance music – as people tend to focus on the production. Even though they are of course closely linked, do you see them as separate disciplines?

It depends on how you define the word production. Does this mean engineering, sounds or the process at which you reach the final track? We would venture to say that “writing” and “production” at this point in electronic music are synonymous. We guess for the sake of this question, we can define “production” as the process of “beat-making,” and “writing” as “composition.” There’s really two ways that we go about creating a track, either first through chord composition or through a sense of “beat-making” experimentation.

So, in a lot of ways, songwriting is influenced through the method of production. Often, the process of composition really boils down to one primary factor: how long can you listen to this section without getting bored out of your fucking mind? When you reach that point where you can’t take it anymore, that’s when we throw in a new section. Anyone can learn how to produce a good beat, but critical listening comes into play from knowing where and when to adjust, add or subtract from your production in order to keep it flowing and keep the listener engaged. Again anyone can really learn these skills, but where the technical side of production has its own learning curve, the compositional side of production has an entirely separate learning curve and each are equally important when you’re sitting in front of your DAW.

You’ve said the title track of your new EP is all about that moment when the lights come on at the end of a night… what’s your most memorable experience of that happening to you?

Good Question. Well since it’s been Covid for the last 15 months (and still going in much of the world) there hasn’t been a lot of these moments to really catch. Hoping to get a lot more of them in the near future, but a memory that really kept us going through this past year was the Slothacid Takeover at Sound Nightclub, February 2020. There were faces we saw there from open all the way to close, smiling the whole time. You forget suddenly that 6 hours have passed and you’ve just been listening to music and hanging out with friends and there’s really nothing better than that. Do we look a little worse for wear afterwards? Maybe. Is it worth it? Oh yeah.

Piggybacking off of Slothacid, Eduard reached out to us after our first release last year “The Bell Song,” and we would venture to say his motivation, attitude and enthusiasm really not only resonated with us, but also supported us to keep going in what was in many ways, and still is, the hardest year of a lot of people’s lives. We’ve been sharing music back and forth ever since and when he brought the stems for NADA to us we just had to jump on them since it was absolutely that aggressive vibe that we love. The two tracks kind of compliment each other really nicely and it’s been so much fun to work with EDU and we’re hoping to have some more of his tunes coming out soon 😉

And who is JTJ and why did you select them for the Creeps and Crawlies remix?

Jeff! Honestly, is one of the most awesome and nicest human beings on the face of this earth. It was only natural to ask for a JTJ remix because, duh?! Don’t want to say too much, we could go on for a while. After collaborating on The Space Between, we really thought that he could bring a fresh version of Creeps and Crawlies to the mix. We’re limited by bpm and other factors when it comes to production, but Jeff really has defined his own sound within these boundaries. He’s one of our favourite producers and we plan on having him on many more releases to come, and we’re excited for his EP on Modarnity coming soon…

This is your debut release on Modarnity. How are you involved with the label? And what are your aims with it?

So, about a year back Joseph Parish came to us with a huge goal of starting his own brand, Modarnity. Now part of that was clearly starting up the label side of things. As a couple of artists, working as artists, we’ve really strived to create a platform where we can let the art shine.  We do run the day to day, listening to demos, working on mixing and mastering tracks for our artists when they need it and we really try to cater to each producer on an individual basis.

For right now, Joseph and our next set of goals are getting the DJs and producers that we’ve released on the label to be playing shows on the west coast and throwing our own events. We never really looked at starting up this label as just a way to put our own music out, but more as a way to try to give other artists the support we’ve always wanted. We’re definitely excited to be able to put out music on our terms and this EP is not just the culmination of the songs and collaborators listed on it, but the fruition of everyone who we’ve worked with so far and will work with in the future on Modarnity.

Launching a label in the midst of a pandemic was a ballsy move… was it something you’d been planning for a while? And did you ever consider waiting until the world was a little more stable?

We don’t really see it like that. It was the natural progression of things for us. There really wasn’t a lot going on and it gave us a way to connect with other artists and people during a time where it was difficult to actually get out and make those connections. In a way, it brought the experience of playing music out in the world right onto our desktop screen, which has been really cool. It was fantastic to connect with and meet everyone that we’ve released in a time where it was all about staying at home. The world is never going to be “stable” enough to feel comfortable starting something new. So to us, it was just as good of a time as any, and we wouldn’t have it any other way, except maybe delete COVID-19 if possible. Obviously, none of this would have happened if it wasn’t for Joseph and his vision of Modarnity, but we’ve had a darn good time helping to make it so.

What do you have planned for the second half of 2021?

SHOWS. LOTS OF SHOWS. AS MANY AS WE CAN PLAY! Also, some more releases that you’ll see coming up pretty soon.