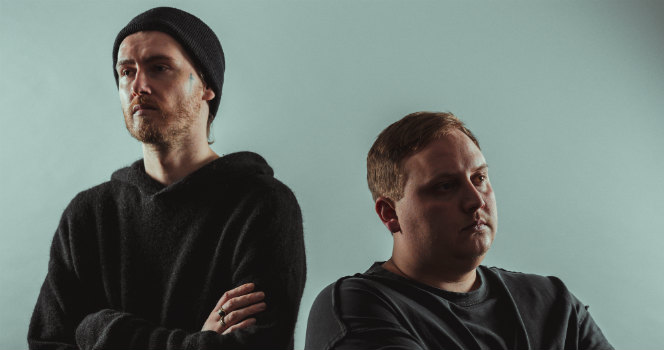 A sublime XII, out on Crosstown Rebels

A versatile duo with a clear focus

Avidus consists out of the creative duo, Fritz and Marc. Crossing path in the Kiel’s music scene.

With only a computer and old keyword, Fritz started producing his first work in the 90s’. Quickly realizing harmony is what he should focus on as it fascinates him a lot. Going over HIP-HOP to pop and house music. For more than a decade now, he is gaining his own experiences free from trends and with no insight into the electronic music scene.

Marc’s experience as the DJ of the duo, music collector and vinyl digger with the virtuoso influence of Fritz’s musical knowledge is the key to their sound. This finds its expression in symphonic bass lines, subtle melodies and long and complex chord sequences. After releasing their first amazing EP, on their own label Empore Music they will present their new live-set in 2015.

A chat with Avidus about theur fresh EP ‘XII’, out on Crosstown Rebels

Hey guys, how is it going these days?
Pretty good! It sure feels good that the release date for XII is almost there and our work in the studio is getting more and more into an album vibe. We’re currently doing the first steps four the productions of our first album, which is scheduled for late 2019 so, busy busy.

Let’s jump right in and talk about “XII”, your upcoming release on Crosstown Rebels. How did you end up with them?
Actually Damian Lazarus reached out to us after he heard, played and loved the original version of “Revenge of the Whales” and since his works have been an influence on us, we ended up sending some demos and there it was. 🙂 It couldn’t be a better fit for us because Crosstown Rebels is one of the few labels Marc (DJ) especially appreciated for a long time now. Just because they never get stuck in one sound and the variety always keeps it interesting.

It’s a fantastic release and for us with a nice surprise on top. Tell us about how this one came together. Talk us through the creative process.
Well, the first ideas which lead to the tracks on the EP were part of our live sets 2014-2015. We tried to capture some soundscapes for the festival season. After those live-sets we tried to adjust our experience while playing to the productions and kept on working on those tracks for quite a while. We work together in the studio but Marc is the lone DJ. He tested them out at clubs and festivals until we had versions which delivered exactly the vibe we had planned. The Rework of Revenge of the Whales was added afterwards, because Damian Lazarus had the idea of a deeper version of the original. It totally made sense to us and we came up with a new and exclusive crosstown version.

A lot of drama and Christian sounds in XII. Feels like you guys have been on a road trip to Compostela to get inspired? Tell us about the inspiration.
HAHA. We haven’t been to Compostela 😀

Most of our works start with a certain melody or “line”. In this case it started with a key sample we found and from there we tried to fill the rest with matching harmonic and rhythmic elements. I don’t necessarily find it “Christian”. We pictured more like an apocalyptic vibe to it.

What’s the story behind the title of the EP and tracks?
“XII” has a certain hardness to it. As I mentioned before we had an apocalyptic scenery in mind and we found that the working title suited well to the sound. On the other hand 12 could also be understood as the final deadline if you understand as an synonym for the last possible moment to do something.

Psalm 23 is one of if not the most famous psalms of the bible. But even in this song we haven’t intended any “Christian meaning” or philosophies. It is more what the passage tries to say than the fact that it is written in the bible. Seeking comfort or longing for a higher power to get shelter during tough moments is a feeling we all know. The song starts very calm and builds up until a very powerful passage is taking over and it almost feels like a storm is coming. A storm during which one would seek shelter.

“Lux” got his title because it suited perfectly to morning hours where the first sparks of the daylight are rising up. It is the Latin term for light.

The 4th track comes from an early release. We wrote a review in which we called it a stellar release back then. Why a remake?
As mentioned before, the idea of a new version came from Damian Lazarus. We always thought of a clubbier version but without Damian’s inspiration we wouldn’t have done it yet. Now when we look at the release it rounds up the EP very nicely!

How are those tracks special compared to other tracks you’ve released throughout your career?
Well, there are for sure special but if you watch our releases, we haven’t been putting out so many originals lately. That’s because we really want to channel our ideas and make the best out of the songs. Nevertheless those tracks mean very much to us, since we’ve been working on them for quite some time and it’s also our first release on Crosstown Rebels which is like a dream coming true.

Any advice on maintaining a successful working relationship in a crazy space like dance music? How do you stay close as a duo?
Respect each other and stay true. I believe that most of the problems, that’s also the case when it comes to outside of the dance music industry, are caused by bad communication. When it comes to dance music it’s also a matter of patience. It takes time and that’s often hard to learn because everything has it’s waiting time even if you don’t see at first.

How do you guys solve disputes about music? There must be some?
Through speaking about it. We come from to completely different worlds when it comes to music. Being part of a duo also needs some compromising and that’s only possible through communication. But it’s ok to have different ideas. It mostly leads to something new and that’s how Avidus was formed in the beginning.

What’s your creative process when writing music? How do you start on new tracks, who does what?
We used to jam a lot in the studio, but in the last months we both came up with ideas on our own and started to produce them together to finished songs. So every song runs through the hands of both of us.

And how has your music been influenced by other artists, musicians, or things in life in general?
I don’t know where I should start. Of course, without any other artists or musicians there would be no inspiration for us. But one of the key influences is our headquarter in Kiel. We have our studio inside an art studio where other artists, also happened to become good friends of us, are working on their stuff, while we’re producing music upstairs. It’s a very interdisciplinary work, because everyone is searching for inspiration for each ones work and they often find it in the other ones work. We learn a lot from them and they learn from us. It’s very helpful to us to be able to work on music in an environment, where there’s no discussion about whether music is an art form or not. That being club oriented music or music in general.

It’s very helpful to us to be able to work on music in an environment, where there’s no discussion about whether music is an art form or not.

What’s next for Avidus? A heavy schedule?
We have got some originals and remixes coming out the next months but as I mentioned before, the focus for Avidus is the LP end 2019 on our label Empore Music and a new live-performance.