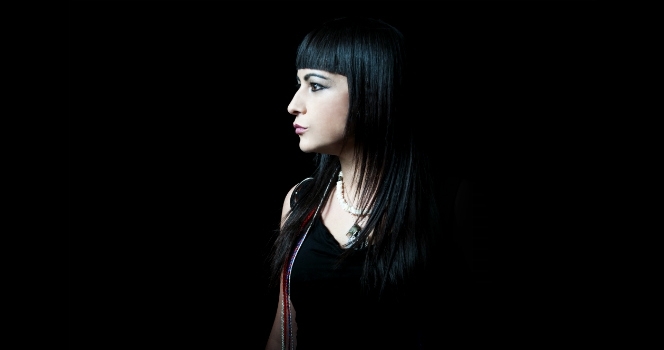 The DJ and Spanish producer Fatima Hajji brings her Silver M project to Privilege Ibiza for three events this season in 2017. The first one took place already with artists like Christian Smith and Karretero mid of june.

Silver M, the brand and record label of Fatima Hajji, will land a Privilege Ibiza, known as the world’s biggest clubs, this summer.

The techno queen will return after a marvelous first event on June 27th and the 26th of September.

Sessions of visceral techno at the same time faithful to the unstoppable, demanding and danceable roots of Fatima Hajji. No doubt, Ibiza will welcome with its open arms its vitality, and its sound. Some other artists who will join Fatima behind the decks are Luigi Madonna, Mark Reeve, D-Unity, Hollen, Karretero and Alberto Ruiz. Before the next event will open its doors tomorrow, Fatima found some time to answer some questions.

You added an exciting new event series to your career. Could you tell us what stands behind the Silver M series in the world’s biggest club called Privilege in Ibiza?
I am super happy 🙂 Silver M is the label from which I try to contribute my little bit of sand to the scene that gives me so much, and doing it together with friends whose music I love is a sensation you can’t describe, we try to launch very energetic tracks and as the base of everything is the party / the performance, the connection with the people , we strive to bring that sound to some of our favorite clubs.

So being at Privilege Ibiza is a privilege and a great responsibility, so we wanted to do our best to make this first anniversary of the label unforgettable and the beginning of something great and lasting.

You have announced some big names for the lineup. How has it come to this names like Christian Smith from tronic or Umek?
For me it is amazing how with such a young label we have been able to achieve these synergies, the label has only been running for a year (was born in Ibiza last season, and we’ve had 4 releases, we have also visited ADE in Amsterdam, Razzmatazz in Barcelona and Wow in Granada ).

And we receive more and more tracks and offers to collaborate with colleagues that I’ve admired and respected for a long time. Aside from this being able to count on names like Umek, Christian Smith, Marco Bailey among many others is awesome. This gives us more desire to strive for everything and continue the line where it is and continue to release quality references and take the Parties to new places with those DJs / producers that we are passionate about and want to be part of the Label project.

Can you tell us about your personal experience of the first Silver M some weeks ago?
Well the truth is that we started with a lot of excitement and a lot of nerves, since June is a month of beginning when you do not know how people will react, and added to that we started in a club as legendary as Privilege, the need for everything It worked out well and that the attendees were happy meant that all the senses were working at full capacity to achieve that result and I am very satisfied. Tomorrow we will give it all again

In depth with Jonas Saalbach

How do you like Ibiza and the scene at all?
The Techno scene has been growing steadily for several years, and that is really a stimulus to continue giving the maximum and try to create new things and bet everything for what we love, Every day I’m grateful for being able to do it.

Ibiza is a special place, it has a magical energy, very enveloping; Of course, it is a complicated site as there are many events every day; So I feel very lucky not only to be able to be here last year, but to repeat and improve the experience step by step. It is an honor and a privilege to be able to make people dance on the white island.

What’s on your agenda for the next weeks?
The truth is that I am very happy, after enjoying myself like a little girl in Awakenings, to be able to take the Silver sound to super rooms like Razzmatazz in Barcelona or Privilege in Ibiza and that the rest of the summer appears to be pretty full-on. So many gigs and planned trips to new festivals for me like Nature One, Tanz der Basse in Germany, Sonora in Caceres; Some new clubs like Boothaus in Köln, or Cod 152 in Valencia, and performing for the first time in countries like Sweden, Serbia or Romania.

And of course, parties that I really want to return to like: The End of the World in Tarragona, Dolcevita in Italy, Kantine am Berghain in Berlin or Zul in Bilbao among many others.