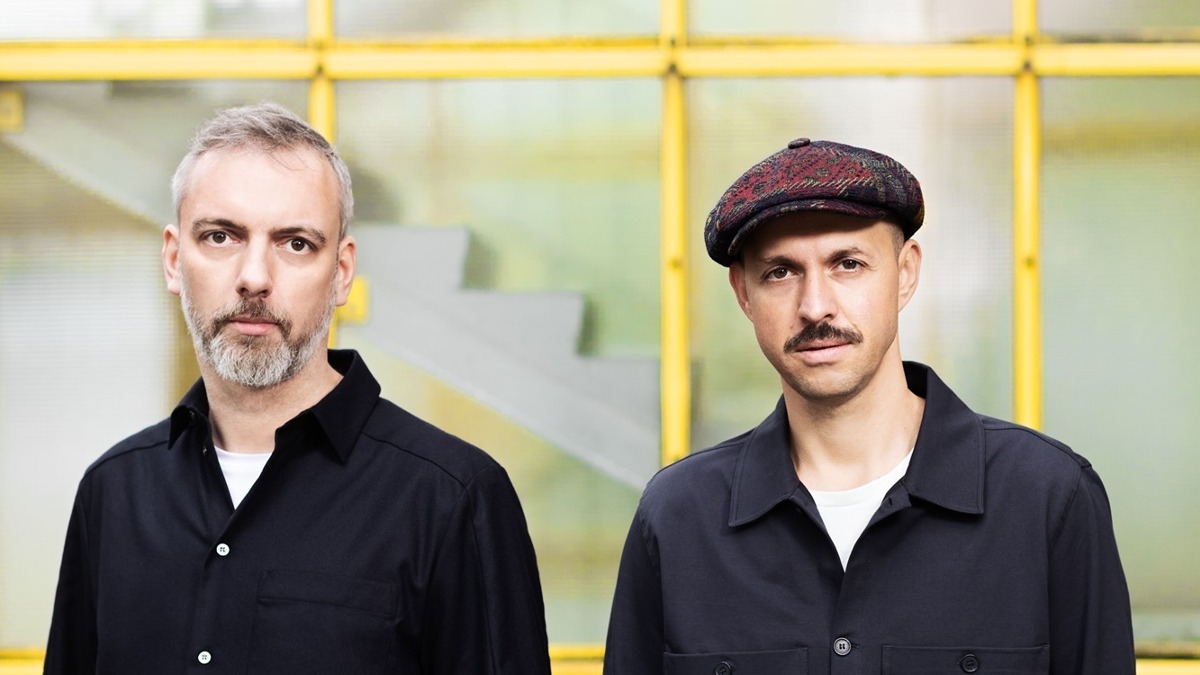 Frankey & Sandrino, based in Essen and Berlin respectively, have been making music together for just over a decade. In that time, their rich, detailed style has graced the upper-echelons of house and techno’s worthiest institutions, garnering a legacy of releases on labels such as Innervisions, Mule Musiq, Kompakt and Diynamic. The impact of tracks such as Acamar, Mercury or Chimes has paved the way for the unstoppable rise of Frankey & Sandrino, marking the pair as a standout act within the global electronic music scene.

Legendary German duo Frankey & Sandrino will be inaugurating Crosstown Rebels’ 2022 release schedule in January. The two-track Optical will act as the label’s first release of the year, signalling a major occasion for the pairing.

Both artists spoke on what the release embodies, stating: “Optical is an expression of our darker sides and desire to go deeper into people’s consciousness. Without the kick you’re left with an abstract, morphing soundscape. A sense of melancholy and discomfort, but also a sense of hope. It’s those emotions, the dark and the light, that we always try to find in our music.”

Hey hey, hope all is well these days? Something crazy to tell us that happened?

F: In my music-nerd-world, I realised last week, that I own one of the best sounding virtual synthesizers but never used it even once. And that I own another super cool plugin that many Techno producers use, but I also simply never used it. For whatever reason. That’s my personal kind of “crazy“.

S: Hello, all good here thanks, hope the same at your end. I opened a Furniture store with one of my best friends during a worldwide pandemic. Is that crazy?

What would you guys be doing in life if it weren’t creating and playing music?

S: I honestly don’t know as I had it all planned in my head like that. I didn’t leave space for alternatives.

Would you be doing it together?

F. First of all, I couldn’t imagine that, because ‚ I’m pretty much doing that since I’m 8 years old. But on the other hand, I’m also a studied teacher, but never really worked in the job. But if I would, I’m not sure how Sandrino could join me in a classroom full of little kids… 🙂

How do you maintain a successful working relationship in this crazy space like dance music?

F: We are pretty different people, but on the other hand we always had a personal connection and friendship going on, which is probably the basis for everything. I don’t think we have ever had a big fight during the last 11 years. We also communicate and analyse things a lot. While, on the other hand, we try to create relaxed moments, mainly in the studio, or at gigs, where we don’t overthink things. Just because that’s how we get access to our creative juices.

S: As Frankey said, we’re very good friends sharing the love for good music. It’s the basis for everything we do. Of course, it helps that we have our roles clearly defined. Frank as the technical wizard and multi-instrumentalist and me more focused on the selection of sounds.

How many middle fingers have you shown each other in your career?  And how many hugs have you given?

F: Maybe no middle fingers, but sometimes we have “Tourette”-like moments, but never serious.

S: No middle fingers but all hugs as far as I can remember. 😉

2022 looks bright, so I guess you guys are doing just great. Your ‘Optical’ release with the insane cover will be out on Crosstown Rebels soon. Tell us all about it?

S: As always we try to write music for the closed eye dancers which makes you travel to the stars and back without leaving the dance floor.

Collaborations can take on many forms. What role do they play in your approach and what are your preferred ways of engaging with other creatives (or between you both) through, for example, file sharing, jamming or just talking about ideas?

F: Me & Sandrino talk a lot about music, but I´m a little social weirdo and I actually should engage more with other artists. Just because I always learn and expand my views, when I meet a new creative soul. But in reality, I only speak to Sandrino, D-Nox and my family. That’s it…. 🙂

S: Indeed, we talk so much about music, analyzing it listening again and again. I worked with different people but the “Click“ as it happens with Frankey was never there. It’s very important for me in order to let go and let the creativity flow.

F: I absolutely hope so. We had a great summer Gig-wise and we want more…

S: More music for sure and hope shows as well.

What makes you happy?

S: Everything that doesn’t make me unhappy.